Get Loud for Rocket League Season 2

Turn up the volume and pick up the tempo, because Rocket League Season 2 is dropping on December 9! The next season of Rocket League will celebrate all things music with a new Rocket Pass, a new Arena, a new customization option called Player Anthems, new music and content from hit artist Kaskade, and much more!

Rocket Pass is gearing up for the main stage, and the star of the show is the latest car, R3MX. This sleek new design is ready for all frequencies and is unlocked immediately with Rocket Pass Premium, and the final mix, the R3MX GXT, awaits at Tier 70. Check out every beat of this Rocket Pass on the home page featuring fresh new Decals like Filiformer and EQ-RL, Wheels like Woofer and MTRX, and the Riser and Light Show Goal Explosions. Plus, for the first time, some of the items featured in Rocket Pass will pulse and flash to the beat of the menu and Arena music!

Once you have your new R3MX ready for showtime, it's time to hit Neon Fields, Rocket League's newest Arena. The gates of Neon Fields will open the same time Season 2 goes live on December 9, and you can find it in Online Playlists and select it in Private Matches. Check it out in all of its beauty in the screenshots below and in the trailer. 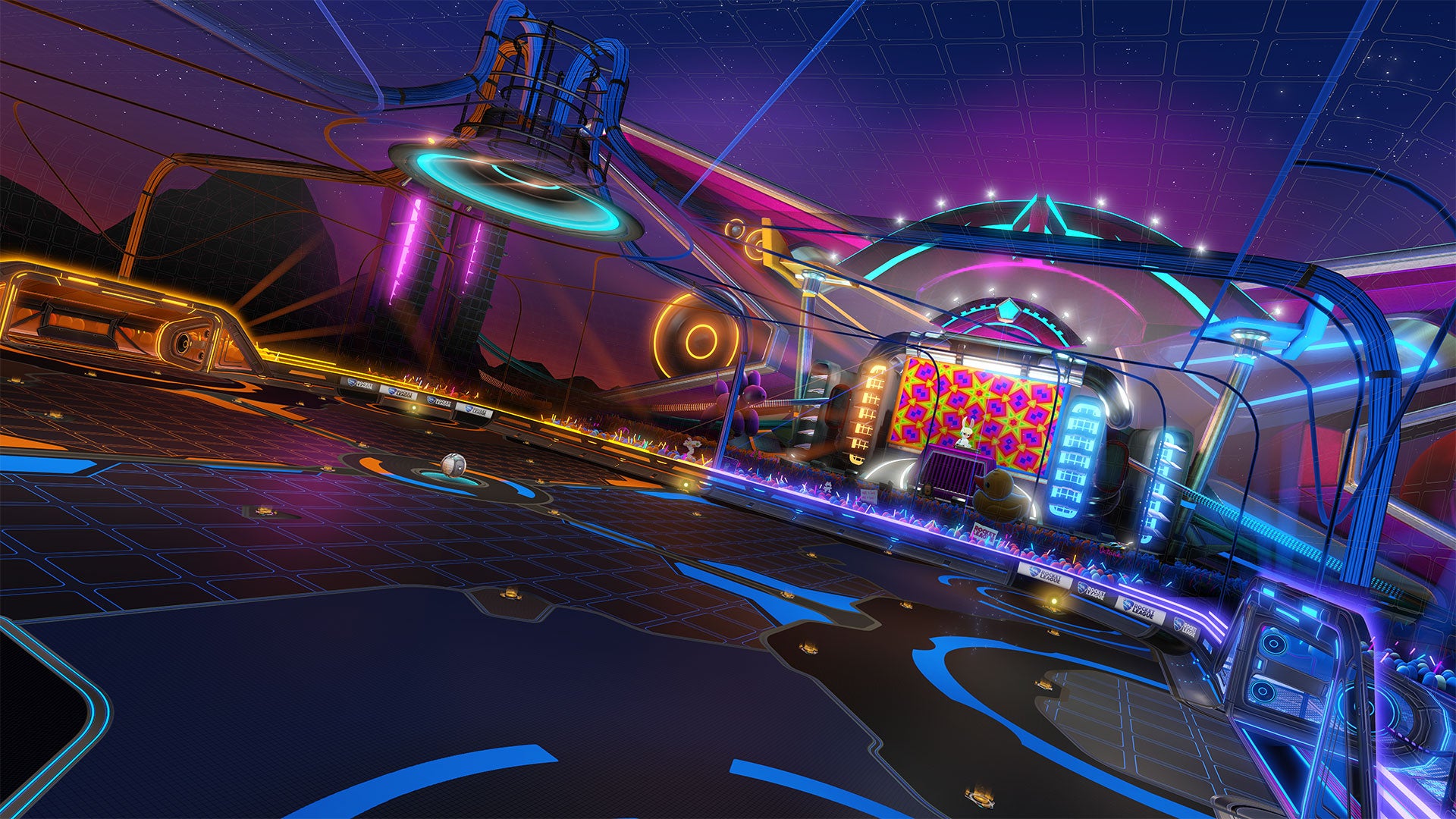 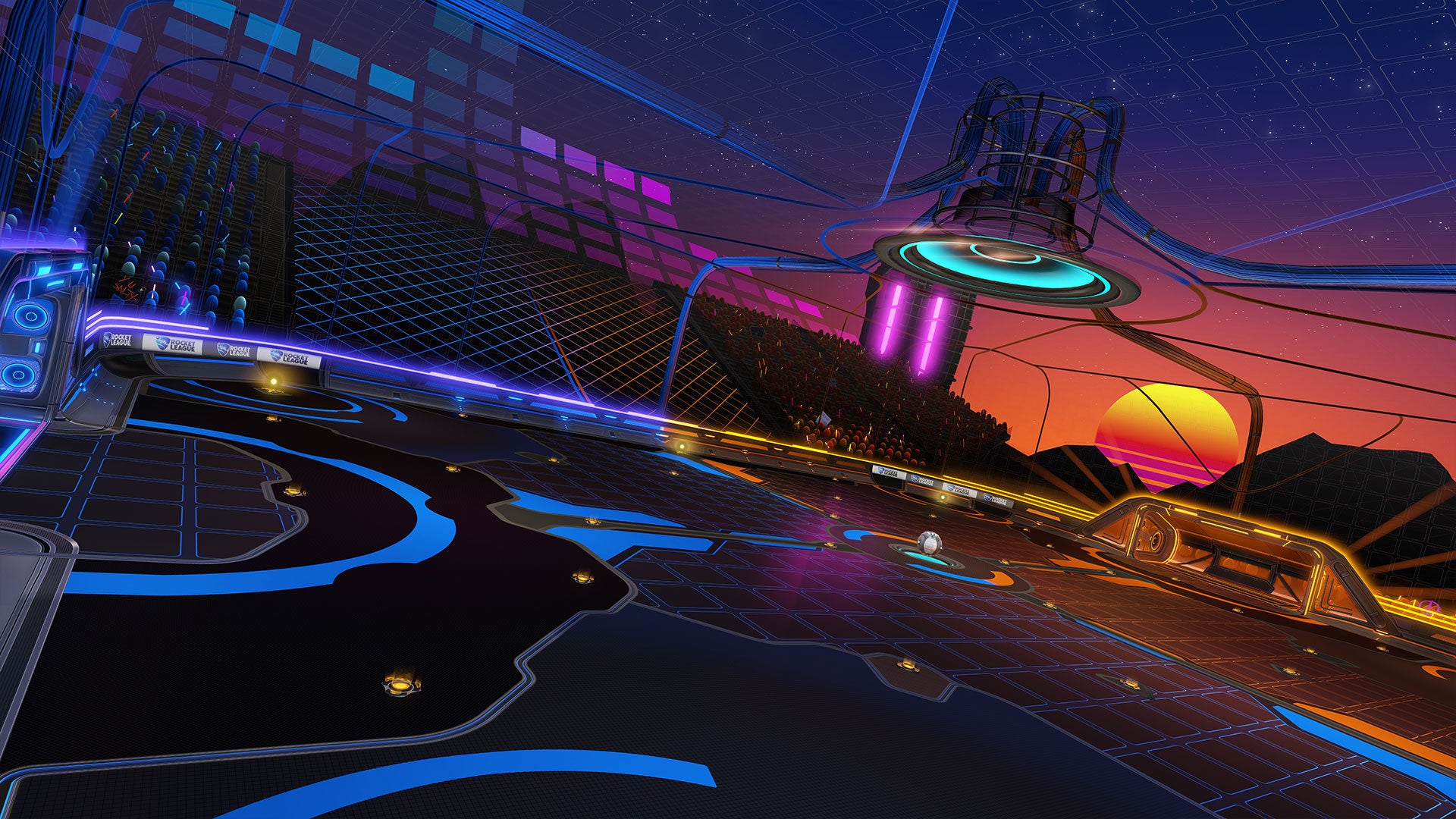 Player Anthems are up next! Soon, you'll be able to tap into Rocket League's ever-growing soundtrack and play your favorite music in the Arena when you score a goal with this new customization option. There's a lot to talk about when it comes to new Player Anthems, so stay tuned for more info tomorrow.

An entire Season focused on music needs a headliner. That's why Season 2 will feature new music and content from hitmaker Kaskade. We teamed up with our long-standing partner and electronic music label, Monstercat, who have soundtracked Rocket League gameplay with memorable music and popular compilation albums over the last three years. Curating a lineup of releases that will enhance the Season 2 experience, we’re kicking it off  with Kaskade, who's made an EP featuring songs created just for Rocket League! Be sure to check out the first song, "Flip Reset," with WILL K, in the Season 2 trailer above and on Monstercat, here. Be on the lookout for a second Kaskade song very soon. These two songs will also be available as Player Anthems this season, alongside some other surprises we have in store. Stay tuned for more music and content from Kaskade throughout Season 2! Until then, stream your favorite in-game tracks in our Rocket League x Monstercat Spotify playlist, here.

There's a new featured guest joining the show throughout Season 2: Rocket Labs! Rocket Labs will be added periodically throughout Season 2 as a Casual LTM Playlist. In this LTM, you'll be able to check out non-standard, and even experimental, Arenas featuring classic Soccar, as well as other game modes and mutators. Veteran players remember Rocket Labs from the early years of Rocket League. And, a new Rocket Labs arena will be added to the playlist that's an even bigger throwback to Supersonic Acrobatic Rocket-Powered Battle Cars. Stay tuned later in Season 2 when Rocket Labs will make its LTM debut!

The setlist for Season 2 is so packed that we can't reveal everything here. For starters, we're adding more Competitive Tournament Rewards, and retooling how you can browse the Esports Shop. Stay tuned for a blog about Esports Shop changes next week.

The game update for Season 2 will go live on December 8 at 4 p.m. PDT (12 a.m. UTC December 9) (pending first-party certification), the day before Season 2 begins. This update will also feature improvements to Rocket League on Xbox Series X|S that were outlined in our blog earlier this month. Other QOL improvements will be outlined in the patch notes on the day of the update.

We hope you're ready to turn Rocket League up to 11 when Season 2 goes live on December 9! Download and play for free!