Rocket League’s next major update is coming your way early next month!

Our Tournaments Update, known previously as the ‘Spring Feature Update’ in our Roadmap blog, arrives on Tuesday, April 3 (pending first-party certification). Our new Tournaments system, which some of you took for a test drive earlier this month on Steam, is the cornerstone of our first Feature Update of 2018, allowing you to create and join in-game tournaments, restrict entry into tournaments by minimum and maximum Competitive Rank, and more! 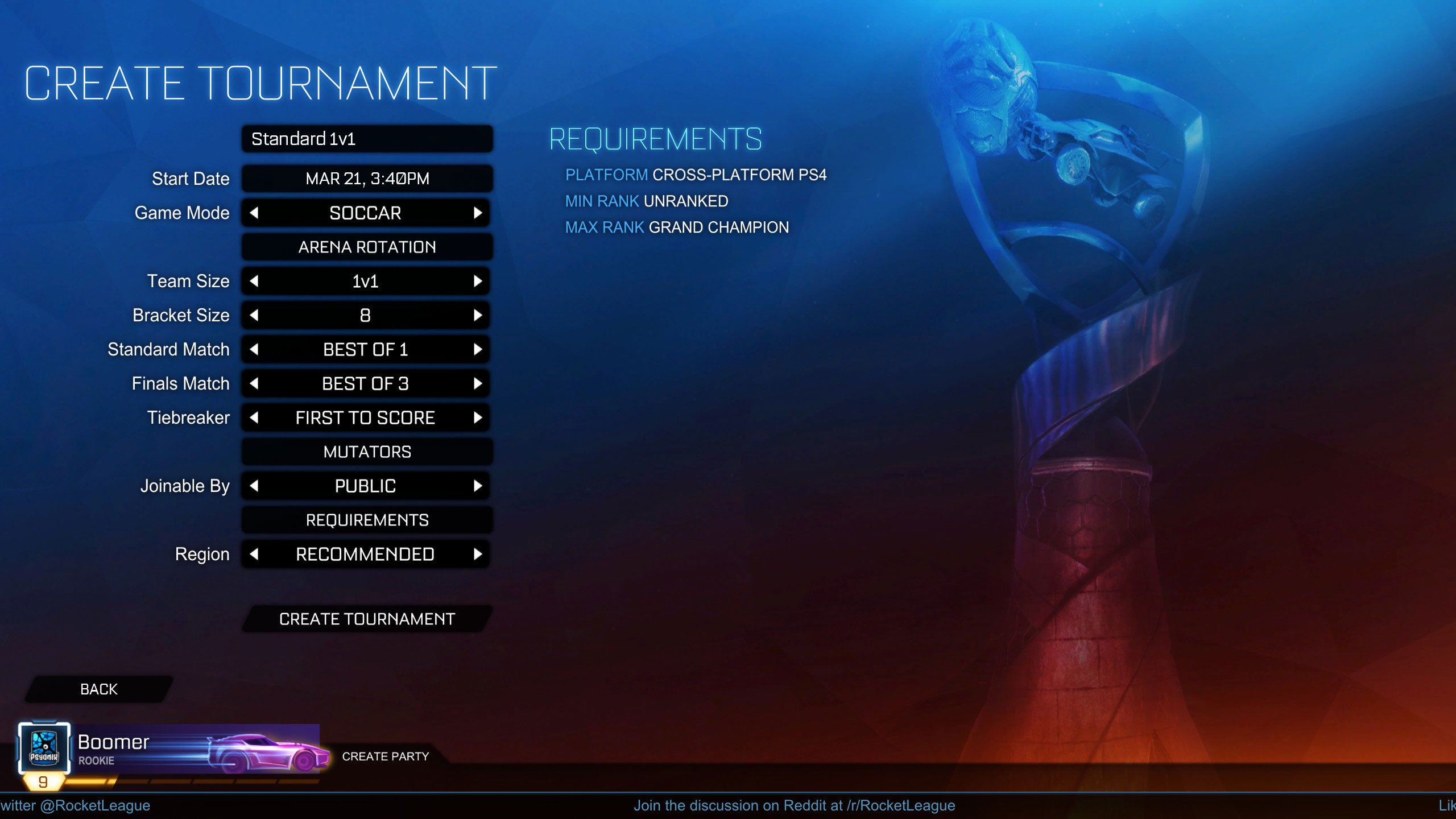 We have plenty in store for you in the Tournaments Update on top of organized competition within the client, including a number of additions and improvements asked for by our community: 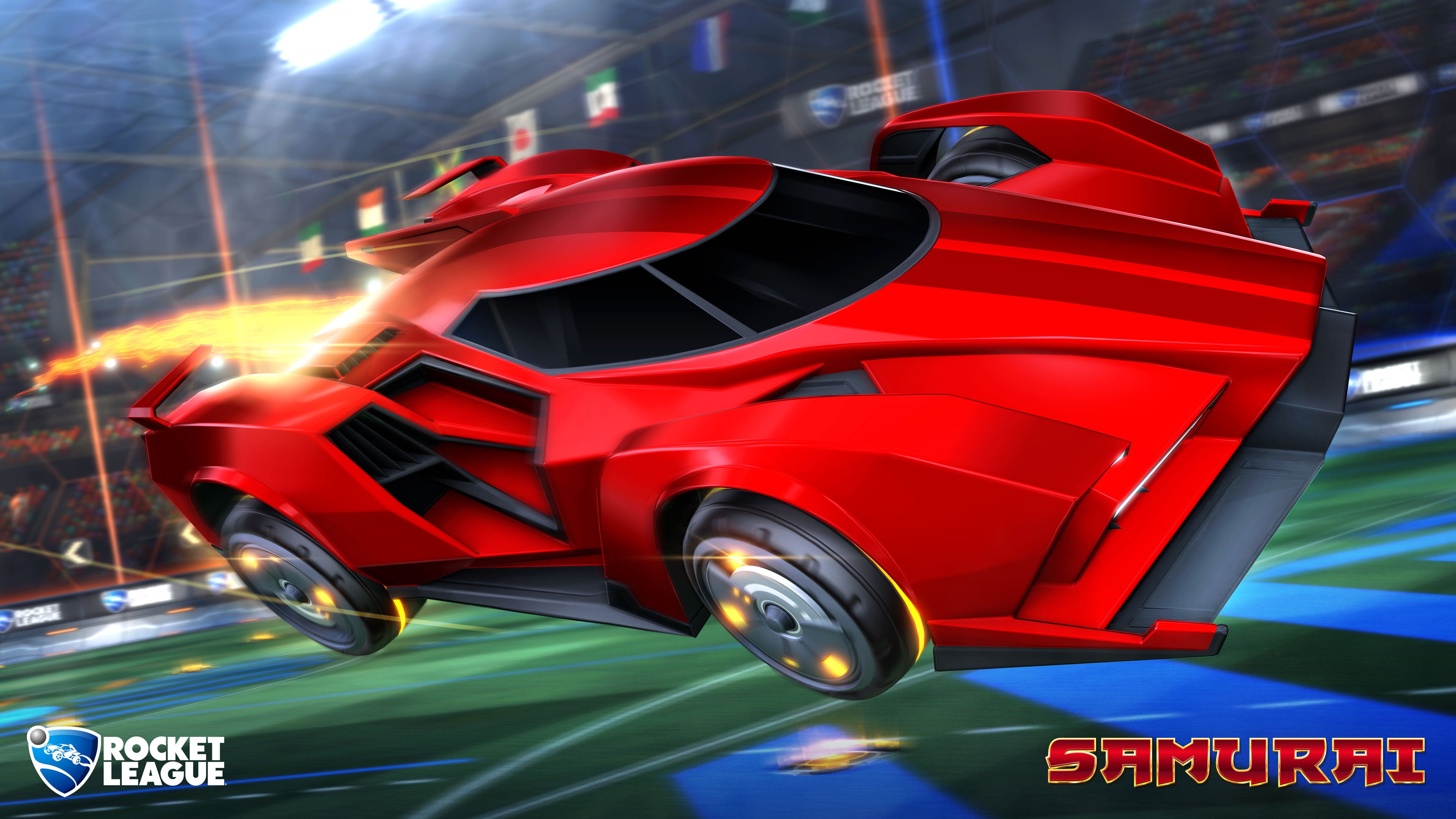 ...and there’s more where that came from, including fresh in-game music from our friends at Monstercat and the new ‘Triumph’ Crate! We’ll have full details on everything in the Tournaments Update in our Patch Notes next month.

After reading through all of the feedback we received from the Tournaments Beta, we’re also determining what’s going in the “V2” version of Tournaments, which we hope to release later this year.

We’ll have more information on some of the additions and improvements coming with the Tournaments Update -- including details on Chat Bans and revisions to our Code of Conduct -- over the coming weeks. Stay tuned and we hope to see you joining a few brackets next month! 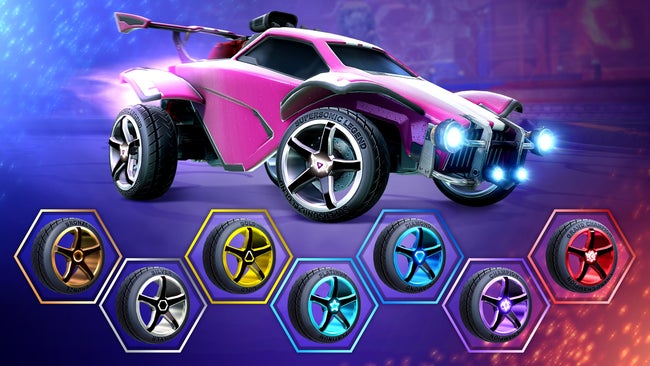