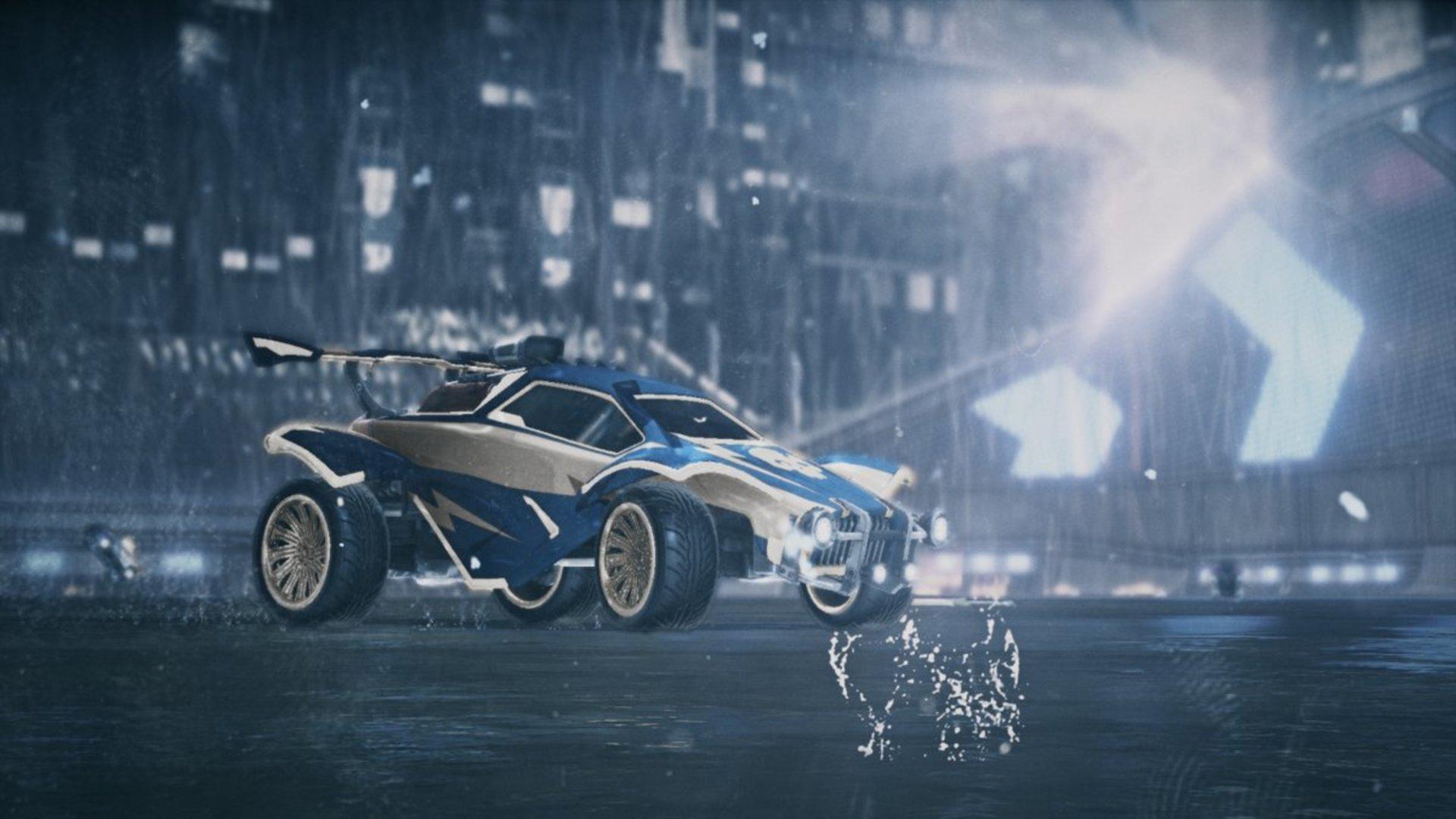 Photo modes have become a mainstay in video games across a wide variety of genres over the past couple years. They give players an up-close look at every distinct detail that goes into the visuals of our favorite games, plus allow content creators to craft truly amazing, unique images. Rocket League's most recent update added a similar feature called Replay FX—a suite of controls that made it possible for fans to heavily edit the look of their best plays from the pitch.

Replay FX adds the ability to adjust the look of saved replays by adding filters, focus points, vignettes, and greenscreen effects that make the fan art possibilities endless. The controls are still in beta as this is the first time a feature of this type have been added to the game. The development team is still exploring how content creators are using these tools, what's working, and what can be added in the future. But, just because it's in beta doesn't mean it came together overnight.

The team leading the charge behind Replay FX is led by senior graphics engineer Art Mata, graphics engineer Nate Danque, and tools engineer Mark Masilionis. A photo mode for Rocket League had been in talks for a while, and it took the team roughly a year to make it a fully-fledged feature. What would eventually become Replay FX started as a series of behind-the-scenes tools made for different teams at Psyonix. The video producers wanted a mod that could give their highlight or promotional videos a different look and feel, and give them more freedom when capturing gameplay footage. Mark's job as tools engineer is to create those types of tools.

Adding a couple tools for players to adjust replays was a good start, but changing the depth of field wasn't quite enough to pursue as a new game feature by itself. Then Mark got a new request to make a greenscreen effect for the creative services team, the group that creates graphic designs for Rocket League websites and high-resolution screenshots of Battle-Cars and items. "That project took me a couple of days," Mark said. "Obviously, it didn't have to be production quality or anything. They just needed it to work."

Mark made these tools designed to be used by these different parts of Psyonix development. Then game director Scott Rudi took notice. "We just had gotten it to a point where we were comfortable giving it to the video producers," Art recalls. "Then a week later, Scott asked, 'hey, what's it going to take to get this into a patch?' We had to take a long look at the work ahead of us." The reality: console work to make sure Replay FX would run smoothly on all platforms, and a user interface (UI) that worked the way they wanted it to, and still made it easy to use for players. UI can be a particularly daunting task since the UI team is often busy on different Rocket League projects.

At that time, Nate had just joined the Psyonix team, and was handed the Replay FX project roughly a month after his start date. From there, his job was making sure the feature was working properly. Plus, the team kept coming up with new ideas for filters.

"I prototyped a few more filters, but we had to make sure we were staying within performance budgets and ensure frame rates were staying stable," Art said. "I whipped up a few, Nate put some together, and we added what we thought would be some really interesting features that the community could use for utility. We started going in that direction and it started getting more complicated." 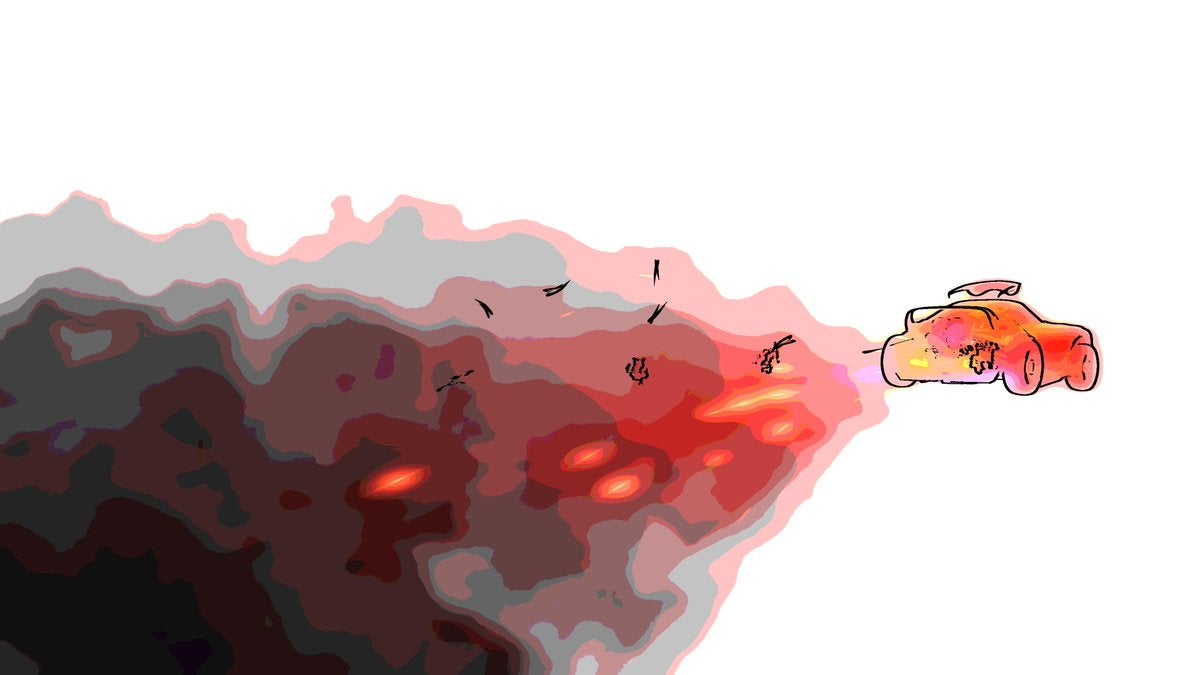 After roughly a year's worth of time and effort, the team would eventually get it in its beta form as a part of the Esports Shop Update. According to Nate, there is still room for improvement and opportunity to add features in the future. Those features may be additional filters, or perhaps even the ability to equip different wheels, decals, and goal explosions in replays, which is one of Mark's dream features.

"For now, we're listening and tuning according to feedback," Art says. "We'll definitely have more filters on the way, and right now we're just seeing what's possible and what we can fit and what works."

Art, Nate, and Mark agree that the best part of Replay FX has been the community reception. They have been overwhelmed by the positive response and the creations made by fans. Check out some of their favorite creations here and here.

"Honestly, it's cool that it's being received so well, but even cooler to see what they're making with it," Mark said. "I love seeing the amazing things everyone is creating. It's just so rewarding that they're able to make all of this art."

"It's humbling," Art said. "Whenever we put out stuff like this, we know it's going to go to a community that's passionate, and they want to share that passion with their friends. That's always exciting. It's inspiring. It makes me want to go back and do more for the community. Let's see how far we can push this thing."

If you're enjoying Replay FX, be sure to share your creations with us. Tag @RocketLeague on Twitter and use the hashtag #RLReplayFX. We feature Fan Art every Friday, and may even use one of your creations. 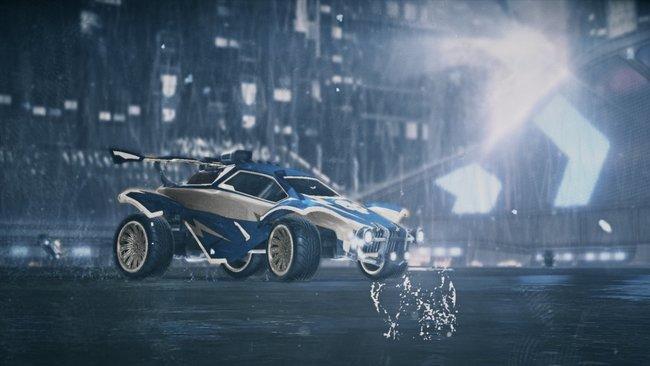