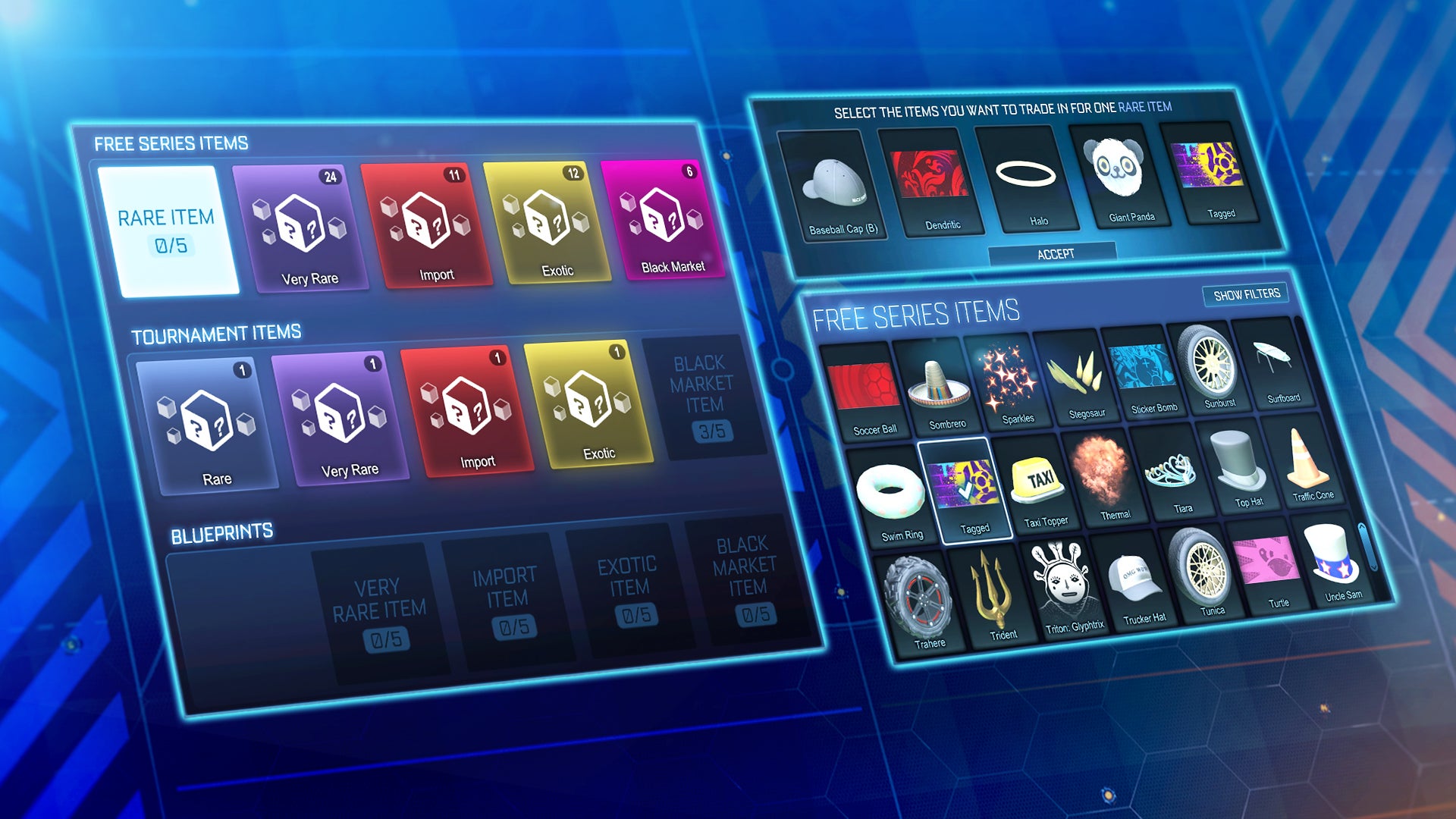 As you know, Season 3 is charging ahead for its launch on April 7, and you can expect a game update on April 6 at 4 p.m. PDT (11 p.m. UTC) to get the track ready for race day. Along with adding the content for Season 3, this update will also include improvements to the Trade In system.

For those still new to Rocket League, players can trade five items of the same rarity for one item of a higher rarity. This process is called "Trade In." With so many items in Rocket League and inventories constantly expanding, we wanted to make the Trade In process easier.

Once your game is updated on April 6, a dedicated "Trade In" button will be added to the Garage Menu. In the new Trade In menu, you'll see your tradable inventory organized into three categories: Core Items, Tournament Items, and Blueprints. Your items in each of these categories are organized by rarity. This new menu displays how many Trade Ins you have available, making it much easier to trade your items in quickly and efficiently.

Simply select the rarity of the item you would like to receive from the Trade In. Then, you can select your items and trade them in for an item of higher rarity. You can repeat this same process for your items earned from Competitive Tournaments, as well as Blueprints.

Remember, Season 3 begins on April 7 at 8 a.m. PDT (3 p.m. UTC), a day after the update goes live. Season 2 Competitive Rewards will be distributed shortly after Season 3 begins. Gear up to hit the new DFH Stadium (Circuit) and the all-new Rocket Pass on April 7!