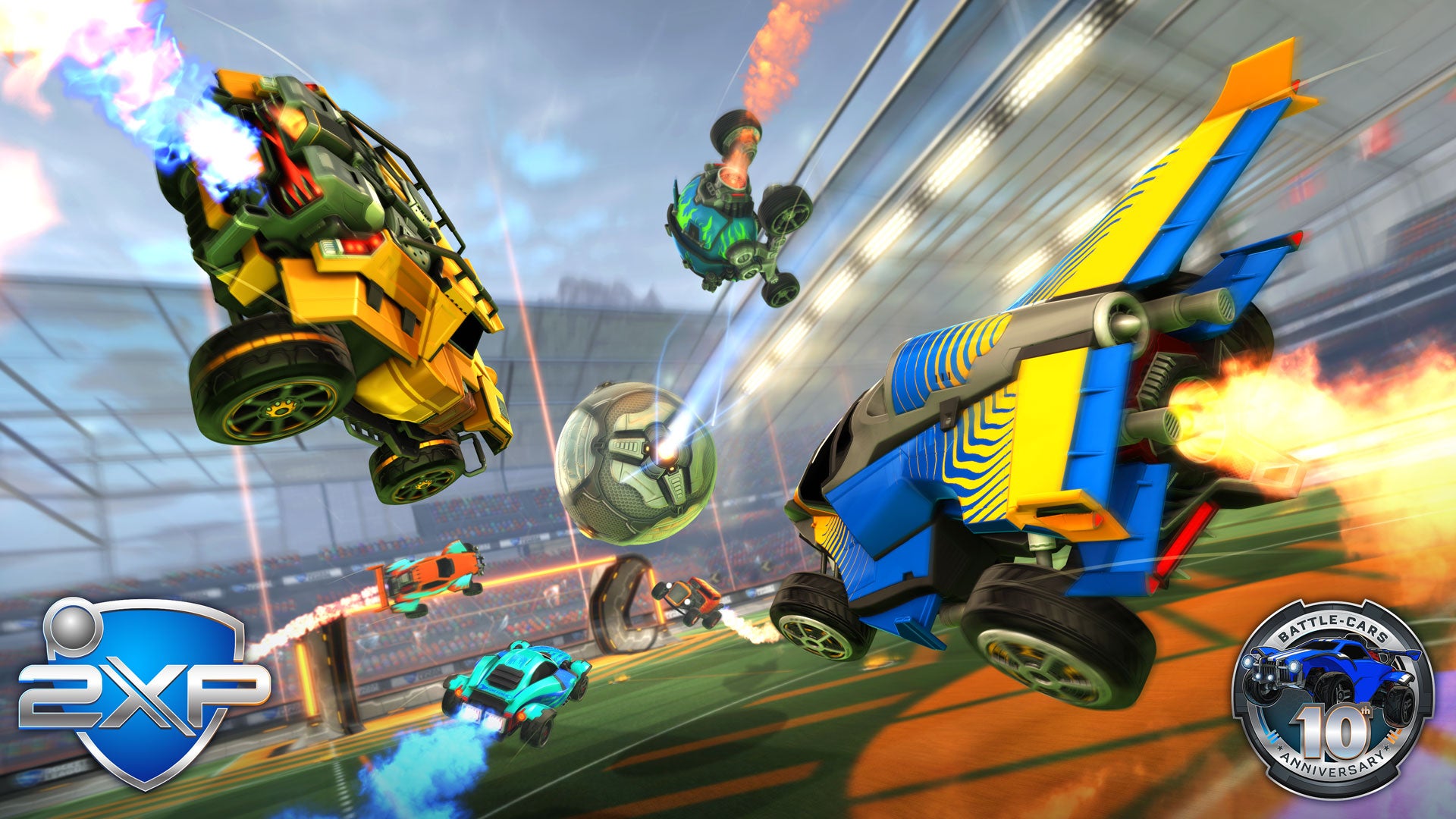 Ten years ago today, Supersonic Acrobatic Rocket-Powered Battle-Cars was released on PlayStation 3! Little did we know then, that our passion-project Soccar game would lead to something much, much bigger in the years that followed! “Project Battle-Cars 2” turned into Rocket League and, more than three years after its release, it's still as fun and competitive as ever. Meanwhile, some of our most passionate SARPBC players have since transformed into heralded pros in the Rocket League Championship Series.

More than 50 million players and four platforms later, we can’t thank our community enough for helping make Rocket League what it is today; none of which would be possible without SARPBC’s debut in 2008. To celebrate, we'll be holding our first-ever Double XP Weekend!

Starting Thursday, October 11 at 4:00 PM PDT (11:00 pm UTC), base XP that's earned in Online Matches will double via a "+100% Special Event” multiplier we’ve been saving for a special occasion. All additional bonuses and multipliers will be operating normally. Check out the start-and-finish times listed below, along with a look back at our original SARPBC trailer.

We hope you enjoy the additional XP as you progress through Rocket Pass, and for all the SARPBC players out there, share some of your favorite moments, stories, and pics with us on Twitter, Instagram and Reddit and we'll share some of our favorites!

P.S.: Do you have a PS3 ready to go? You can still purchase and play SARPBC on the PlayStation Store! Find out where Soccar began, complete with online play and the original versions of some of your favorite Rocket League Battle-Cars!