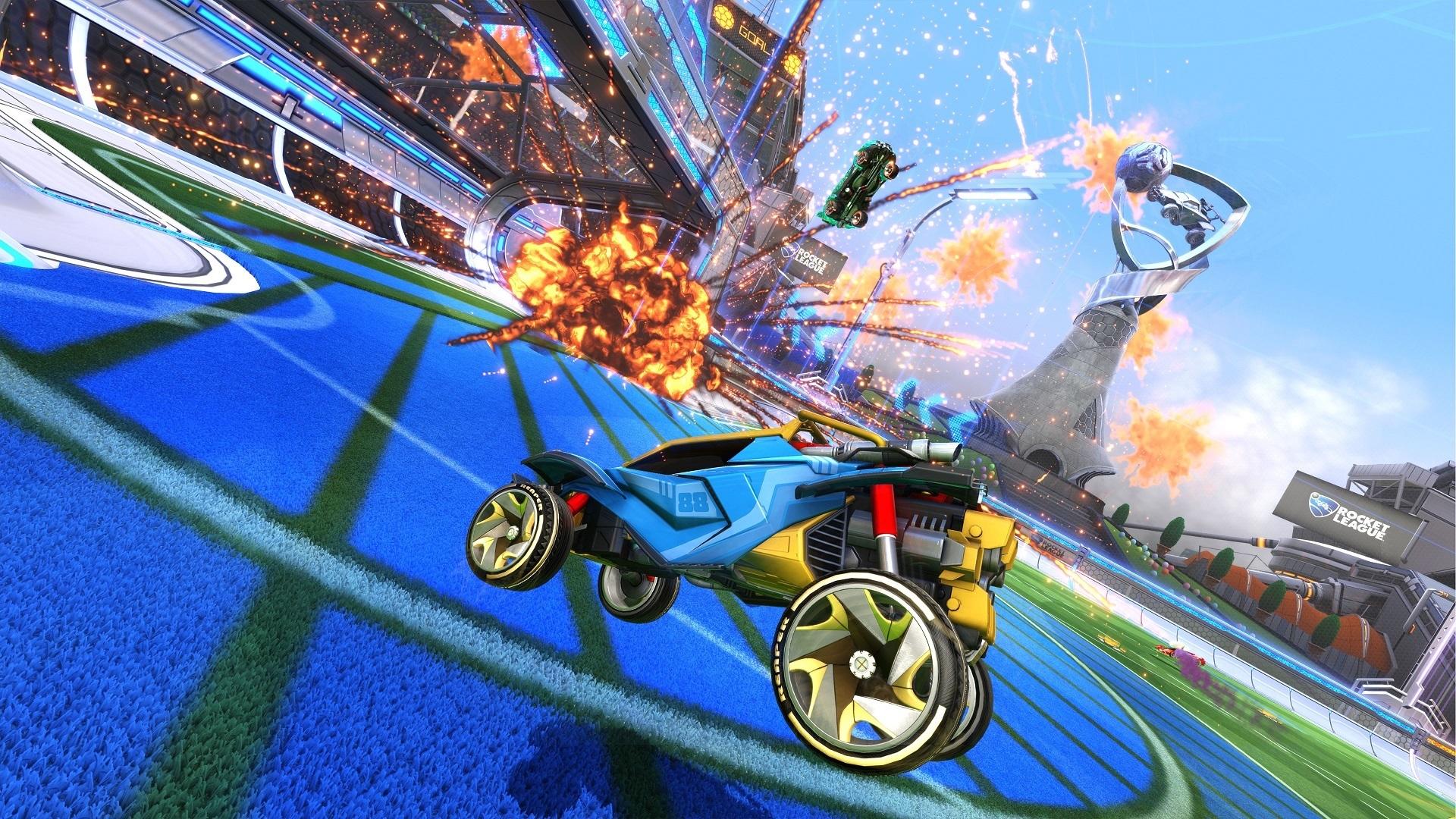 As part of our Summer Roadmap blog that we posted last month, we talked about our new ‘Rocket Pass’ system that’s coming later this year. If you've been looking for more details since then, then today’s your day!

What is Rocket Pass?

Rocket Pass is a brand new, time-limited progression system that will give you several ways to earn new content in Rocket League. Our goal is to offer several Rocket Passes every year, with an emphasis on new, unique content for each Pass. This will not replace the current XP-based progression system and we’ll have more news on those XP plans and changes later this week.

Starting later this summer, we’re going to offer you two versions of Rocket Pass right off the bat -- Free and Premium. The Free Rocket Pass will have Rewards that unlock automatically, giving everyone the opportunity to earn FREE new Customization Items, Player Banners, in-game Titles and Decryptors.

If you’re looking for additional content to unlock, you can choose to purchase the Premium Rocket Pass upgrade for ten Keys (USD $9.99 or regional equivalent). This comes with even more content, including new Customization Items, new Car Bodies, Keys, Premium Player Banners and Premium Titles. You’ll also unlock ‘XP Boosts’ that multiply your earned XP throughout the duration of your Rocket Pass, as well as ‘XP Awards’ that can help you advance through Rocket Pass more quickly.

Rocket Pass and its Premium upgrade will be available to every Rocket League player, no matter which platform you play on, and every item will be tradable (excluding typical non-tradable items like Titles). You’ll also be able to upgrade to Premium at any time while a Rocket Pass is active without losing any progress - you'll immediately receive Premium rewards up to your current Pass Tier and you’ll continue to receive all of the items from the Free Pass alongside Premium content until the earning period is over.

Finally, if you’re interested in purchasing the Premium upgrade, you’ll be able to view every piece of its content before upgrading, so you’ll know exactly what items are coming your way before you buy.

Tiers, Pro Tiers and Tiering Up

Each time you level up while Rocket Pass is active, you'll earn one Pass Tier. The more Tiers you earn, the more rewards you unlock. If you want those Premium rewards sooner than later, you can also ‘Tier Up’  by purchasing Tiers outright with Keys. We're still finalizing the total number of Tiers that will be available in the first Rocket Pass, so we'll have more to share on that aspect fairly soon.

Once you've unlocked all of the available Tiers in your Pass, you can begin earning ‘Pro Tiers’ if you've purchased the Premium upgrade. Each Pro Tier rewards you with a random Painted and/or Certified version of a Premium Rocket Pass item you've already unlocked. Even better, you won't see any duplicate rewards from Pro Tiers until you've completed the full set of each Paint Color and Certification for the current Pass.

We can’t wait for you to experience Rocket Pass later this year along with all of the awesome new content that’s coming with it. Have questions or want to share your thoughts on Rocket Pass? Be sure to join the conversation on on Reddit and Twitter and our Forums.

Will Rocket Pass feature Quests or Challenges as part of its leveling system?

There won't be any gameplay challenges in the first Rocket Pass. We intend to add a "Weekly Win Bonus" as part of Progression updates that allows you to level-up faster by winning enough games each week. We are being careful about introducing "challenges" as we don't want to disrupt the competitive balance of Rocket League by encouraging users to hunt down specific stats like Saves or Assists. That said, we are considering safe ways to give players specific goals for future Passes, like playing matches in specific game modes, or achieving shared team objectives.

Nope! As part of the Progression updates we've mentioned, all levels beyond a certain threshold require the same amount of experience. Level 30 will take just as long as Level 300. So you won’t be at any disadvantage if you’ve played more than someone else.

Can I unlock Crates in Rocket Pass?

Crates are not available as Pass Tier unlocks, but you can unlock Decryptors in Rocket Pass and Keys in the Premium upgrade.

Will every Rocket Pass item drop as Painted or Certified Pro Tier rewards?

No. Only a select list of items will be eligible to drop from Pro Tiers, which will be focused primarily on the best Premium rewards from the Pass.

How long will it take to unlock every Tier in Rocket Pass?

We estimate that Rocket Pass will take about 100 hours to complete, excluding Pro Tiers. This will vary depending on what else is going on when you're playing -- Double XP weekends, etc.