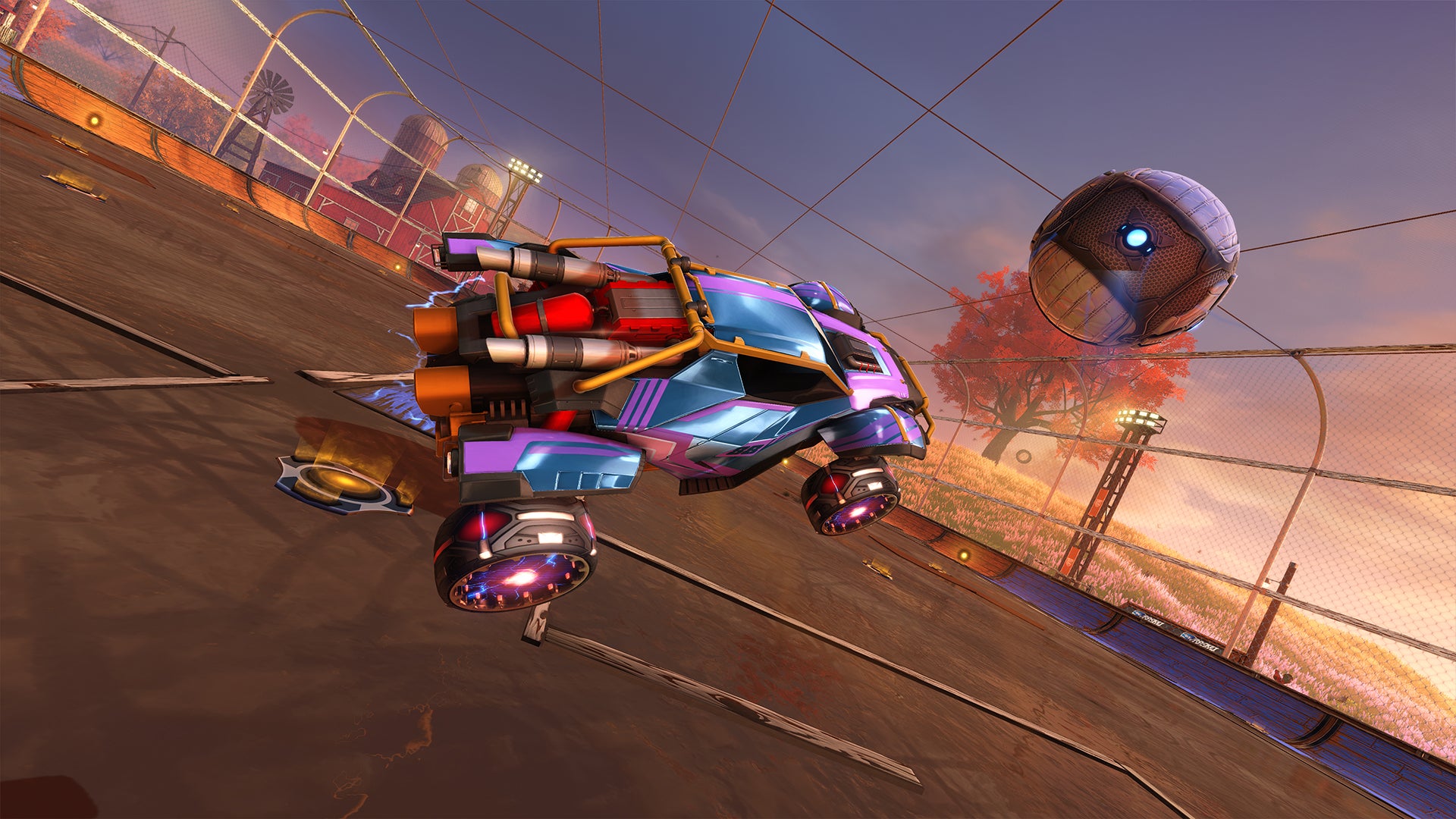 These summer months have been by far the most radical Rocket League has ever seen. We hope you've been enjoying Radical Summer and everything it's brought to the game, from the three different Event Stores to the Ecto-1 and Knight Rider Car Packs. Millions of matches were played in the limited-time mode Playlists, and the plays you pulled off on the pitch were incredible. Thanks for sharing your clips!

Radical Summer is in its third and final phase before the redemption period begins on August 12, so it's a good time to look forward to the rest of 2019. There's plenty to discuss that we're excited about including the remainder of Rocket Pass 3, Rocket Pass 4, and more!

We're looking forward to revealing all the rugged items in August. If you're looking for a sneak peek at the featured Battle-Car, take a closer look at the Radical Summer trailer ...

Be sure to keep grinding those ranks over the next month. You have to complete your placement matches in a Competitive Playlist and fulfill the appropriate Season Reward Level in order to earn your rewards for Competitive Season 11.

Listen up! As we heard the reception to our audio changes from the previous update, we are making additional changes in the next one. High Dynamic Range Audio will be ready to rock and roll as a part of the next game update on August 27, which we hope will be music to your ears! Stay tuned for an in-depth look at the new sound of Rocket League in the next couple weeks.

Two new stats are being added to all game modes: “High Five” and “Low Five.” Pull off a High Five by hitting your teammate in midair after scoring. Low Five is the same thing, but on field level. Plus, Hoops is getting its own new stat called "Swish." As the name suggests, Swish is achieved by scoring without the ball touching the rim.

We're in the planning stages of our third installment of Haunted Hallows, which is coming this fall. We know that following Radical Summer is a tough act to follow, but we're cooking up some wicked new content!

One of the goals in 2019 is to revamp Rocket League's Tournament system. Think of it as Tournaments 2.0. This would include having automated, scheduled tournaments in-game that players could join. Look out for more info on the revamped Tournaments system later this year.

Content that was discussed in May's Roadmap including the Party-Up System, Inventory Management, and quality-of-life improvements to the player-to-player trading system are still in development. The goal is to roll out this functionality later in 2019.

Strut Your Stuff in the Fit Check Community Contest