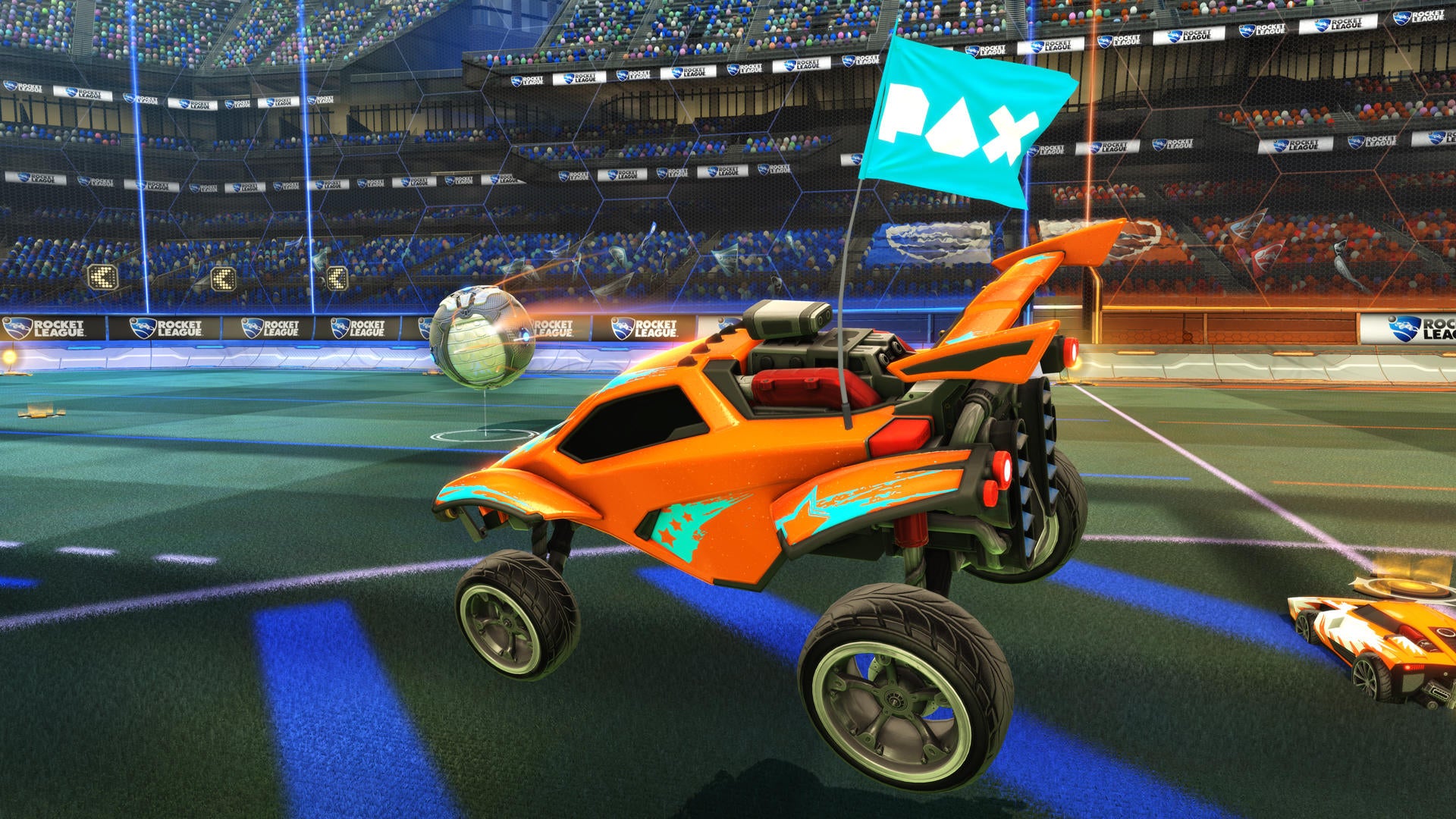 PAX West 2016 kicks off later this week, and Rocket League will be out in force at Seattle’s annual gaming convention.

No time to compete? Never fear! You’ll also find Rocket League in the Expo Hall. Look for us in Razer’s booth (#2513), next to the PAX Arena. We’re also going to be on every PC in the CybertronPC Room, so be sure to swing by if you need to take a break from all the awesome booths, panels, and fake wrestling that PAX West has to offer.

Related to this: we revealed upcoming PAX and Penny Arcade items last week that are scheduled for release in the the Rumble update. Expect to see them… soon!