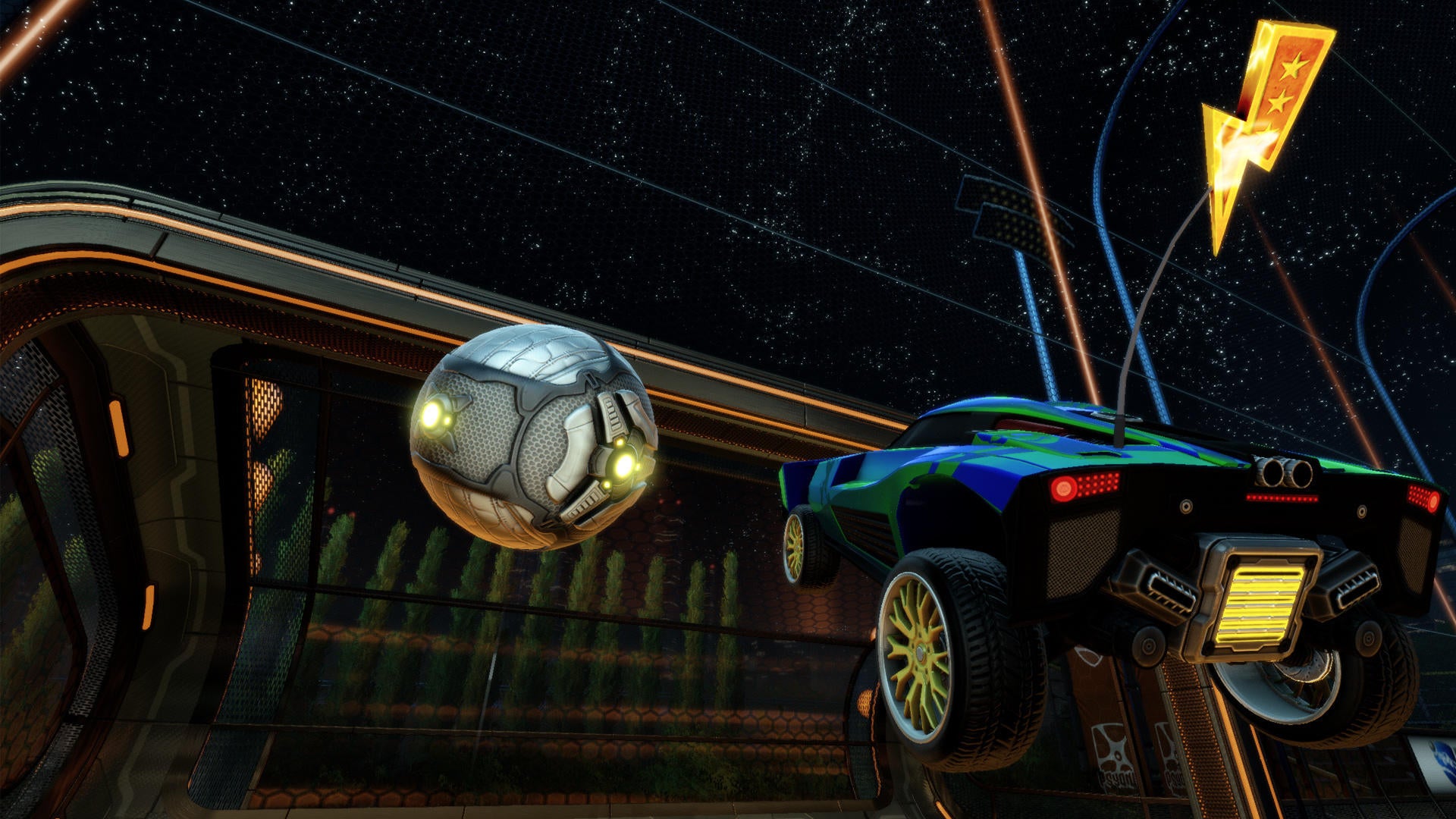 The Rocket League Championship Series Qualifier 1 Group Stages have come to a close, and the first Online Finals for $10,000 USD ($5,000 for each region) commences this Saturday and Sunday (May 21-22)!

With only one week left before the end of our inaugural qualifier, the competition should be amazing as each region’s Top 4 teams compete alongside the best commentators and analysts in the business. Be sure and catch it live at www.twitch.tv/RocketLeague. Here are the start times:

If you didn’t see last week’s event, the the NA and EU Group Stages were incredible! IBP Cosmic and We Dem Girlz maintained their #1 spots in each region, while the rest of the Top spots were a roller coaster of upsets and surprises. 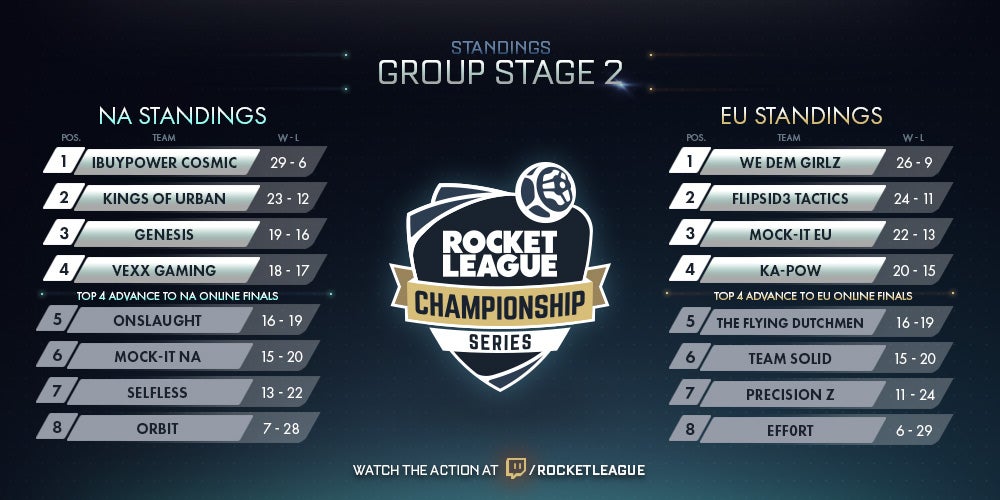 The Top 4 in North America had a few of the surprises mentioned earlier, but the real story was Genesis, who jumped from fifth place to third, thanks to their excellent use of teamwork. In the EU, the Top 4 teams remained unchanged except for Flipsid3 Tactics, who scorched the brackets and climbed from fourth to second place — proving that they’re still a force to be reckoned with.

The Rocket League Championship Series’ Open Qualifier 1 has given us a spectacular display of talent so far, and we’d like to tip our hats to the Group Stage runners-up, who placed fifth through eighth in each region, which secures them crucial points that carry over into Qualifier 2.

In North America, Onslaught, Mock-It NA, Selfless, and Orbit bid farewell for now, while The Flying Dutchmen, Team Solid, Precision Z, and Eff0rt bow out of the EU bracket until Qualifier 2. A large chunk of the final standings  were determined by a mere handful of games, and the talent in each region should prove to be even fiercer as we inch closer to the Live International Finals later this summer (broadcast exclusively on Twitch.TV/RocketLeague)!

Don’t forget to follow us on Twitter at @RLCS for more updates, including live tweeting replays and upcoming announcements for Qualifier 2 registrations. See you this weekend!