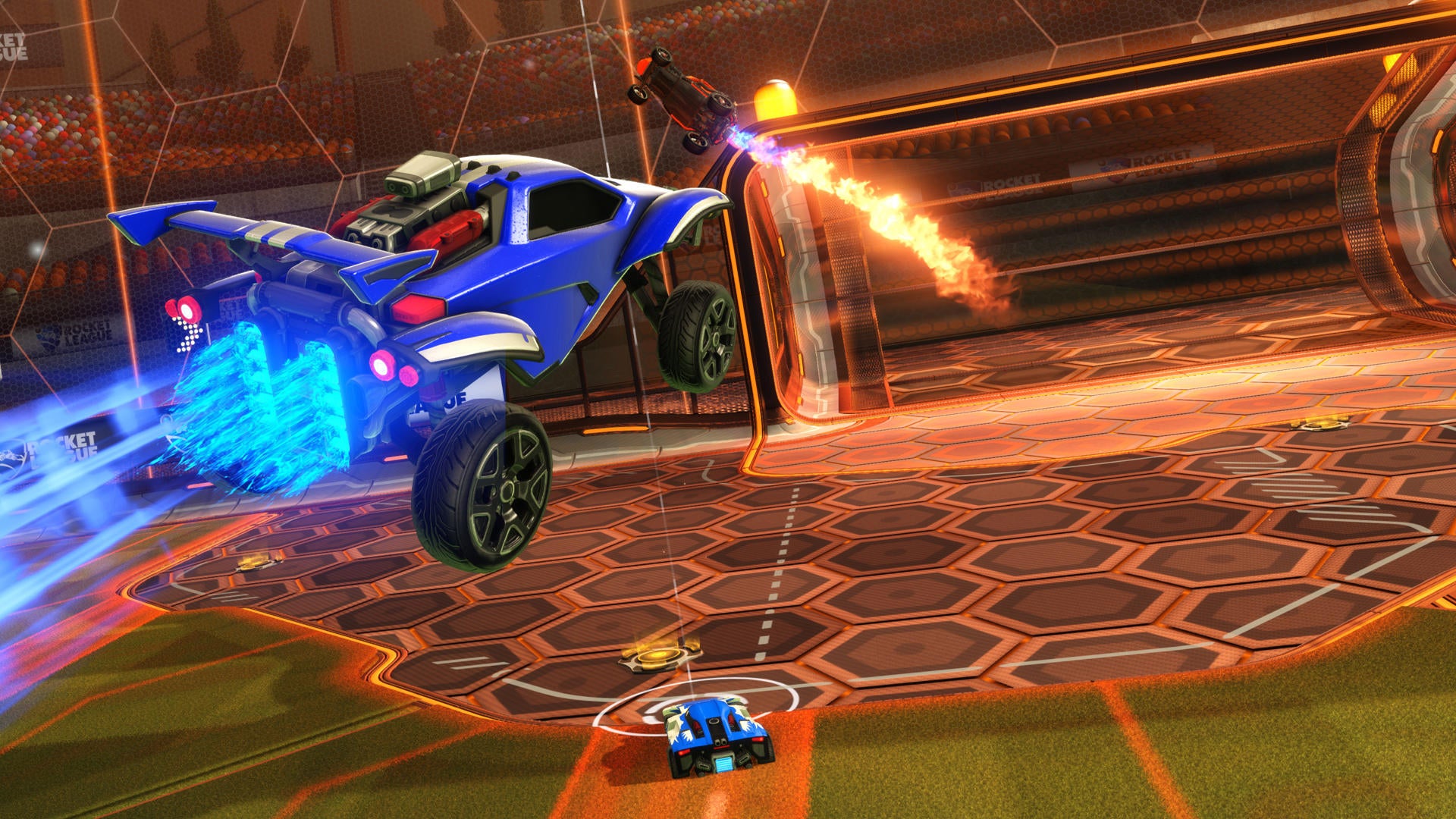 When last we left the RLCS, European teams OhMyDog and Summit were eliminated from competition after the final week of League Play. On the other side of the pond in North America, Deception and Season 1 champs G2 Esports were also eliminated.
Only the top four teams from each region will qualify for the $50,000 Regional Championship and a spot in the Grand Finals in Amsterdam! With Orbit (formerly Exodus) and NRG from North America and Northern Gaming and FlipSid3 Tactics from Europe already clinching a spot in the Regional Championship next week, the remaining four teams per region are fighting to survive. Check out the current standings for North America and Europe below: 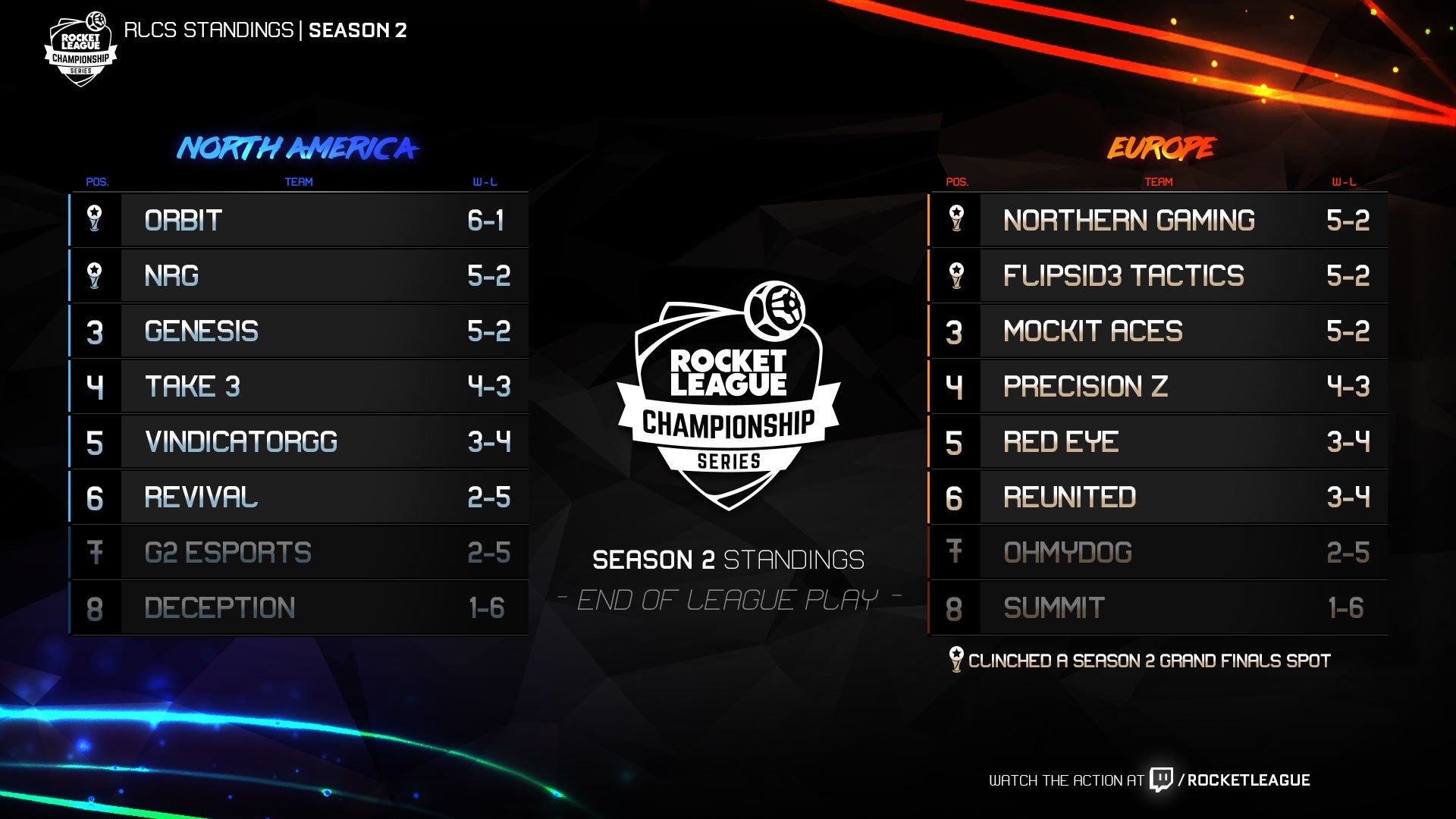 The epic RLCS Regional Playoffs air this weekend! Who will qualify for the Regional Championship? Join us this weekend at www.twitch.tv/RocketLeague! See you there!