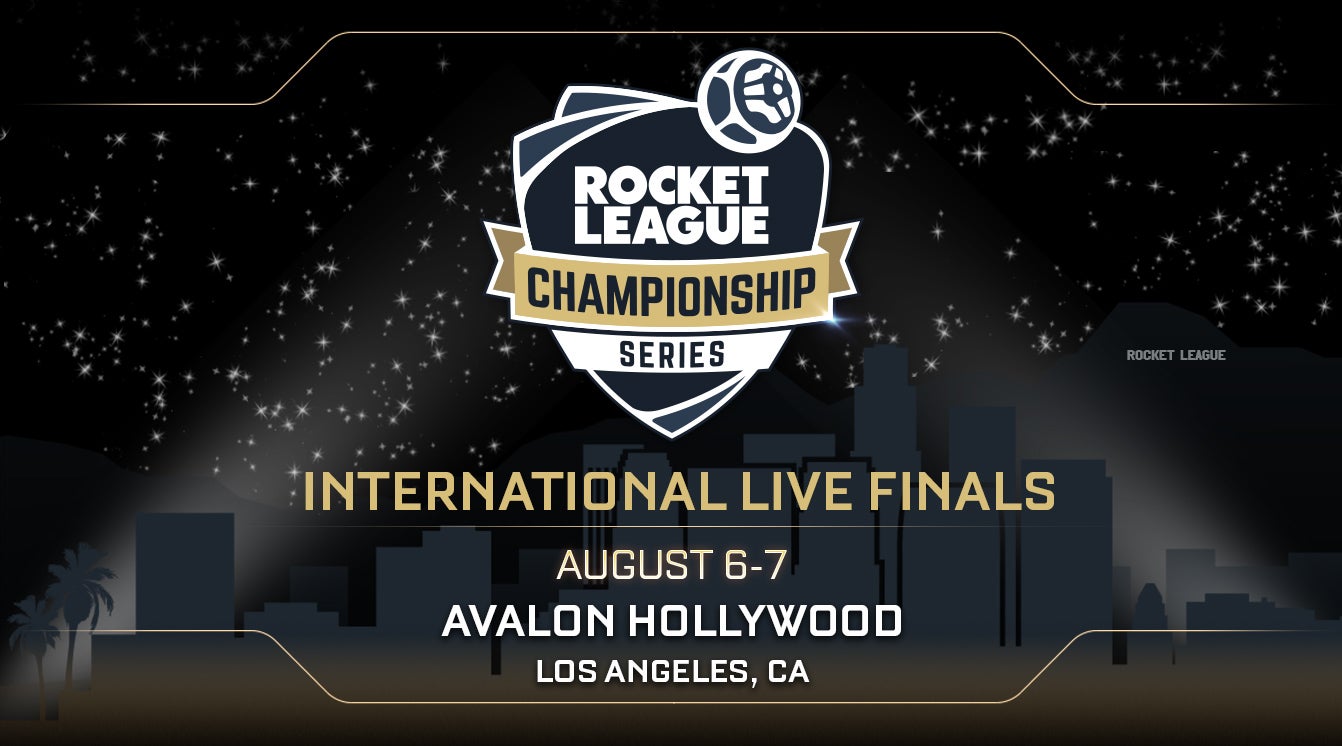 We’re excited to announce the first details of the inaugural International Live Finals of the Rocket League Championship Series! On August 6-7, 2016, the top eight teams from North America and Europe regions will join us in beautiful Los Angeles, California to answer the looming question: Who’s THE best?

Mark your calendars and get ready to join us and the incredible broadcast team at the legendary Avalon Hollywood where we’ll be celebrating the climax of the first season of the RLCS. Don’t miss the first-ever Live Finals and see the greatest Rocket League players in the world take the competition to new heights.

Stay tuned for more info on ticket sales and qualifying teams. Make sure to follow @RLCS on Twitter for the most up-to-date information!