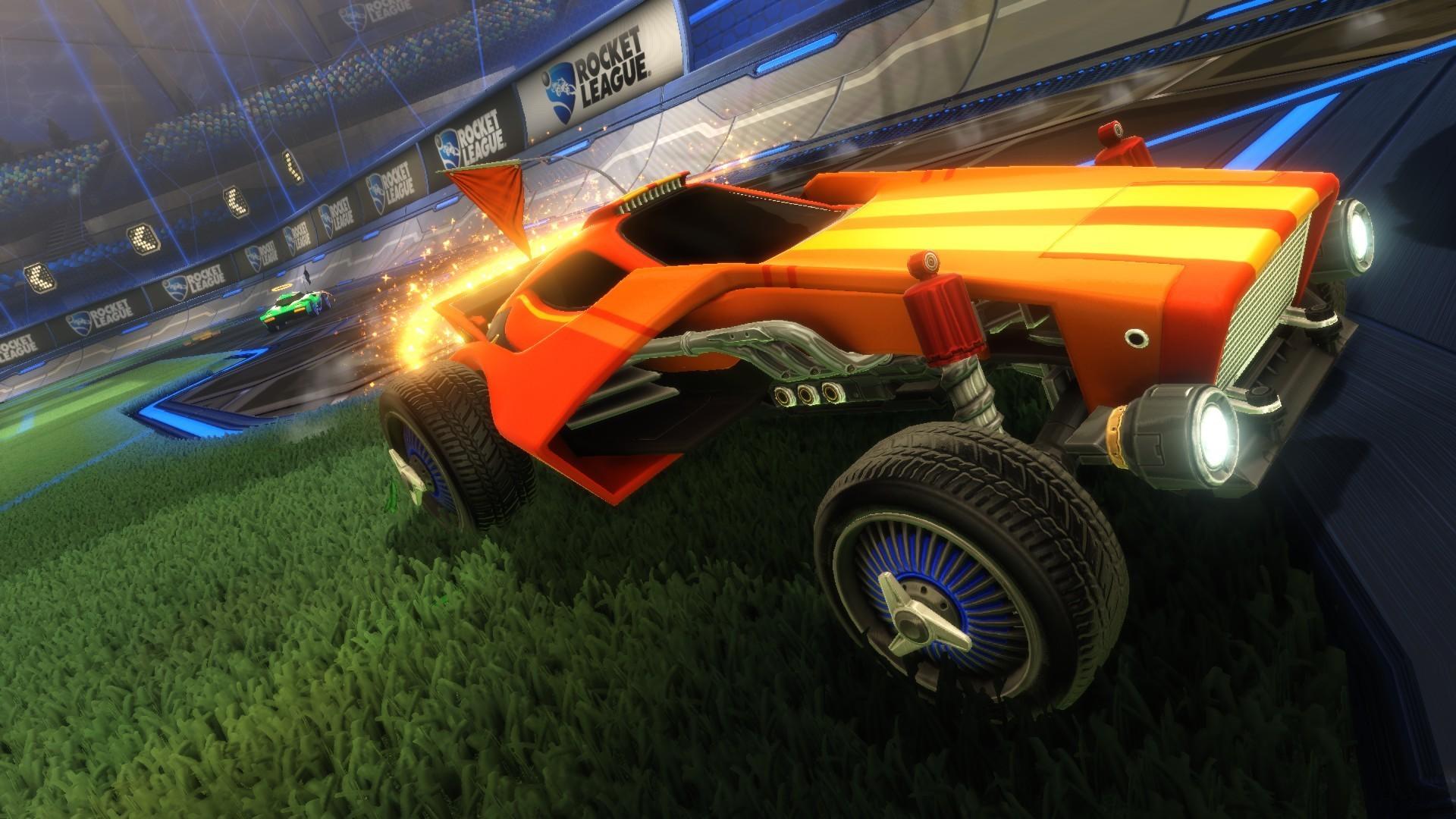 This past weekend, the Rocket League Championship Series debuted its first round of League Play with a roller coaster ride of unpredictable matches. New and old teams alike proved themselves as major contenders, reinvigorated to fight for the much larger Season 2 prize pool. 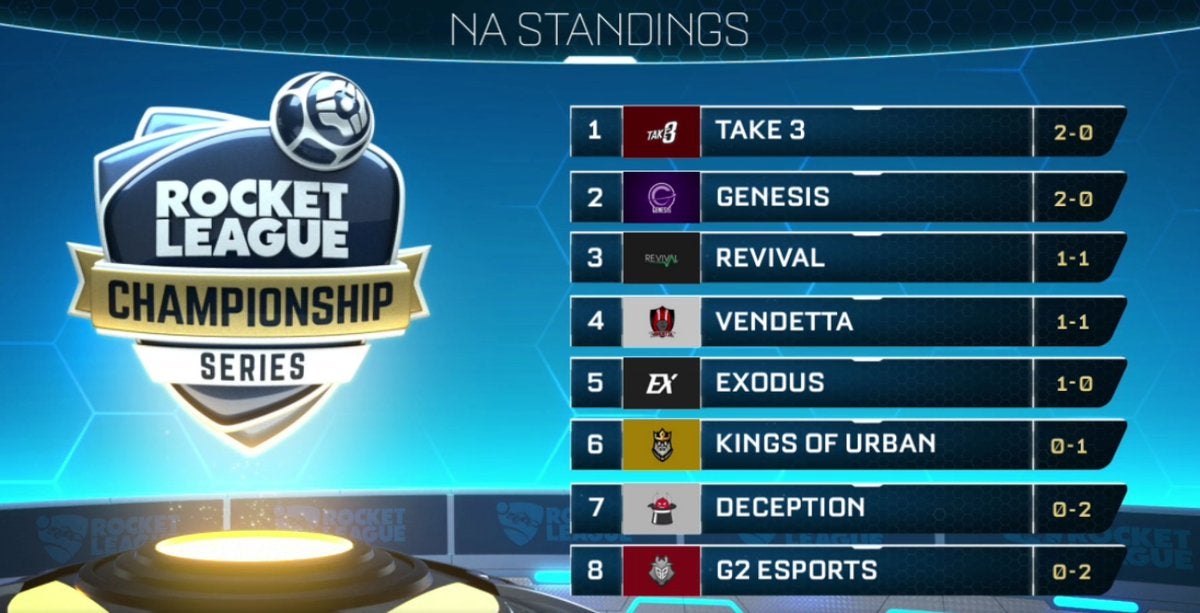 North America kicked the weekend off with Deception falling to Exodus and Vendetta in two very close 3-2 match ups. In the second series, Vendetta was down 2-0 and rallied back for a first-time RLCS reverse sweep, leaving Deception 0-2 in the standings for Week 1.

Revival struggled to close out Genesis in a 1-3 loss, but stunned Twitch viewers with a 3-0 sweep on G2 Esports, the RLCS Season 1 World Champions led by Kronovi. It should be noted that G2 Esports (formerly known as iBUYPOWER Cosmic) has never been swept in the RLCS until now. The next match left viewers speechless yet again when Insolences, Zanejackey, and Rizzo of Take 3 (formerly Take 2) delivered G2 Esports a second loss with a 3-2 nail-biter.

The returning champions finished their first week of League Play 0-2 overall and last place in the standings. Take 3 continued their momentum by shutting down Kings of Urban 3-2. Genesis and Take 3 are leading the NA pack 2-0 overall with Exodus in 3rd 1-0, all undefeated in League Play so far.

Europe debuted with Red Eye struggling to stop the aggressive playstyle of FlipSid3 Tactics with a 3-2 defeat offering a glimpse that “FlipSid3’s tactics” are still sharp. OhMyDog fell to Red Eye in a 0-3 sweep and to Mockit Aces 3-2. Mockit Aces continued to shine as Deevo put on an offensive showcase with teammates Paschy90 and ViolentPanda in a 3-0 sweep of their own over Summit and established a 2-0 record overall as the current leaders in EU.

Summit continued to struggle as Doomsee and the Supersonic Avengers delivered a 3-1 victory placing Summit at the bottom of the standings. Precision Z halted Supersonic Avengers’ glory in an epic 3-2 showcase, followed by Northern Gaming blazing through Precision Z’s energy in a 3-0 sweep. Mockit Aces finished Week 1 leading the EU standings with Northern Gaming and FlipSid3 Tactics each tied for second with 1-0 records. Northern Gaming is the only team in the RLCS to survive the first week of League Play without losing a single game.

There is only one more week of League Play left before the $10,000 Midseason Mayhem! Be sure to root for your favorite teams this weekend as Week 2 of the RLCS League Play continues!

Tune into the official Rocket League Championship Series broadcasts every weekend at www.twitch.tv/RocketLeague!