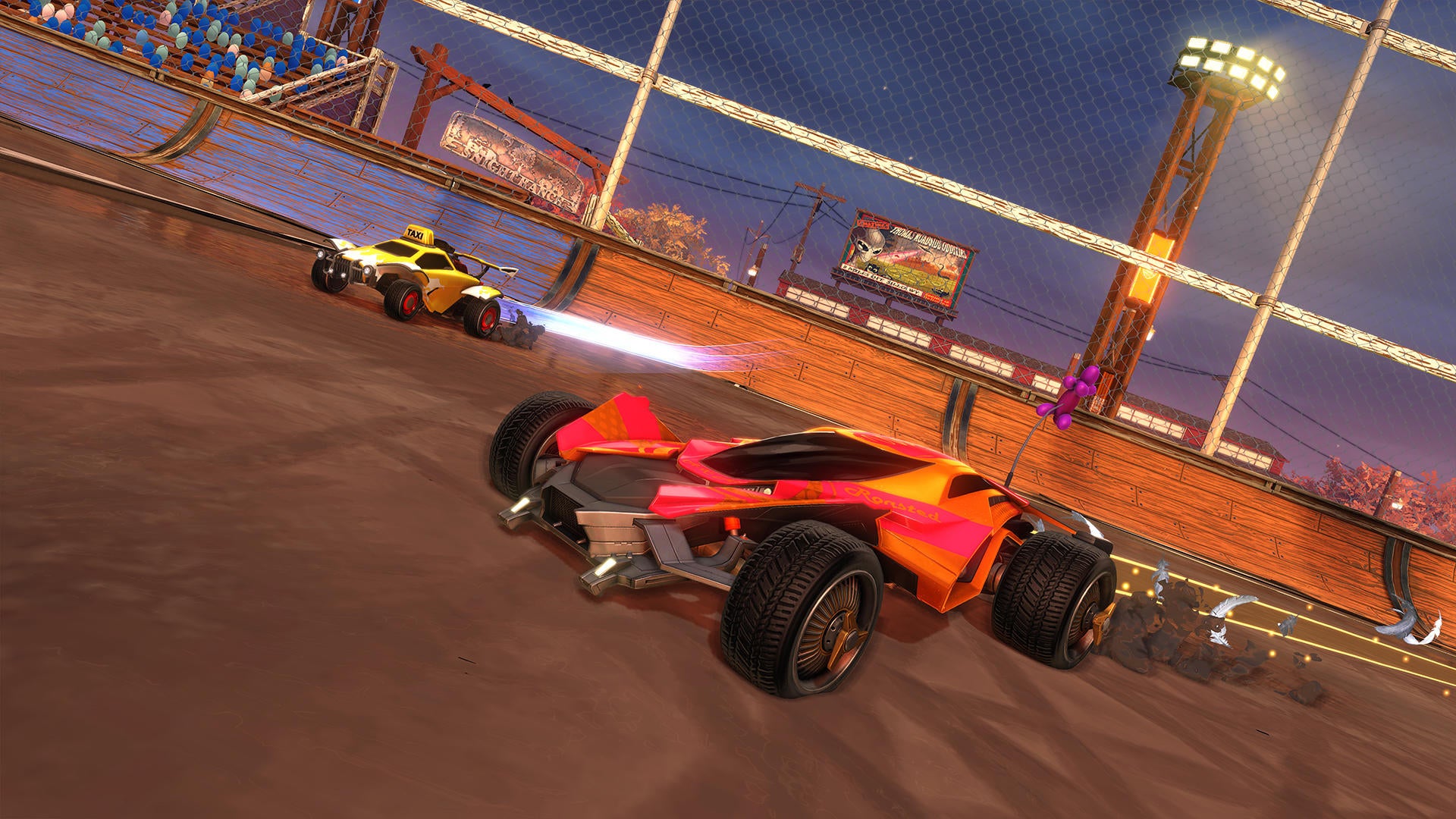 The next Rocket League update is ready to ring in the scariest season of the year! You can expect the October Update across all platforms on October 14 at 10 a.m. PDT (5 p.m. UTC). This update is going to prepare all the decorations for our upcoming in-game Halloween party, plus add some quality-of-life features that we hope you enjoy. Here's everything you can expect to see in the October Update.

Get ready to dress up your Battle-Car and earn some Candy Corn, because Haunted Hallows is returning this Halloween season. The third installment of this spectacular spookfest will start as soon as the update goes live. This year's in-game event is ready to flip what you expect from the usual Haunted Hallows, so stay tuned later this week for more info!

Easily partying-up with teammates following a match is about to get a whole lot easier. If your team synergy is off the charts with a player or team you met in an Online Match, you'll easily be able to party-up with them from the post-game menu. Simply select "Party-Up" after a match. Teammates who also select "Party-Up will then be grouped together with you for the next game. We hope you're able to make some new Rocket League friends with the new Party-Up feature!

With an ever-growing collection of Painted Battle-Cars and Decals, we wanted to make it even easier to see exactly what color team you're on at the start of each game. That's why the October Update is bringing colored Boost Meters. The Boost Meter itself will remain the same, but the Meter's background will be blue or orange depending on your team color. The Boost Meter will also match custom team colors, and the Colorblind Mode option will apply to the boost meter, too!

There will soon be one less button press to get you exactly where you want to go. Following the update, you'll be able to select "Quickplay" and immediately start searching for a game in the last playlist you joined. New players will default to the 3v3 Standard Playlist when selecting Quickplay for the first time.

As soon as you start up Rocket League following the October Update, you'll notice that the news section has received a new coat of paint. The grid of information that is usually found on the right side of the screen has been replaced with a new welcome screen that will highlight new events, DLC, or other major announcements. Once dismissed, it can be accessed again via a hidden News Tab on the right side of the screen.

That's everything you can expect to find inside the October Update. Stay tuned for more info on Haunted Hallows this week!