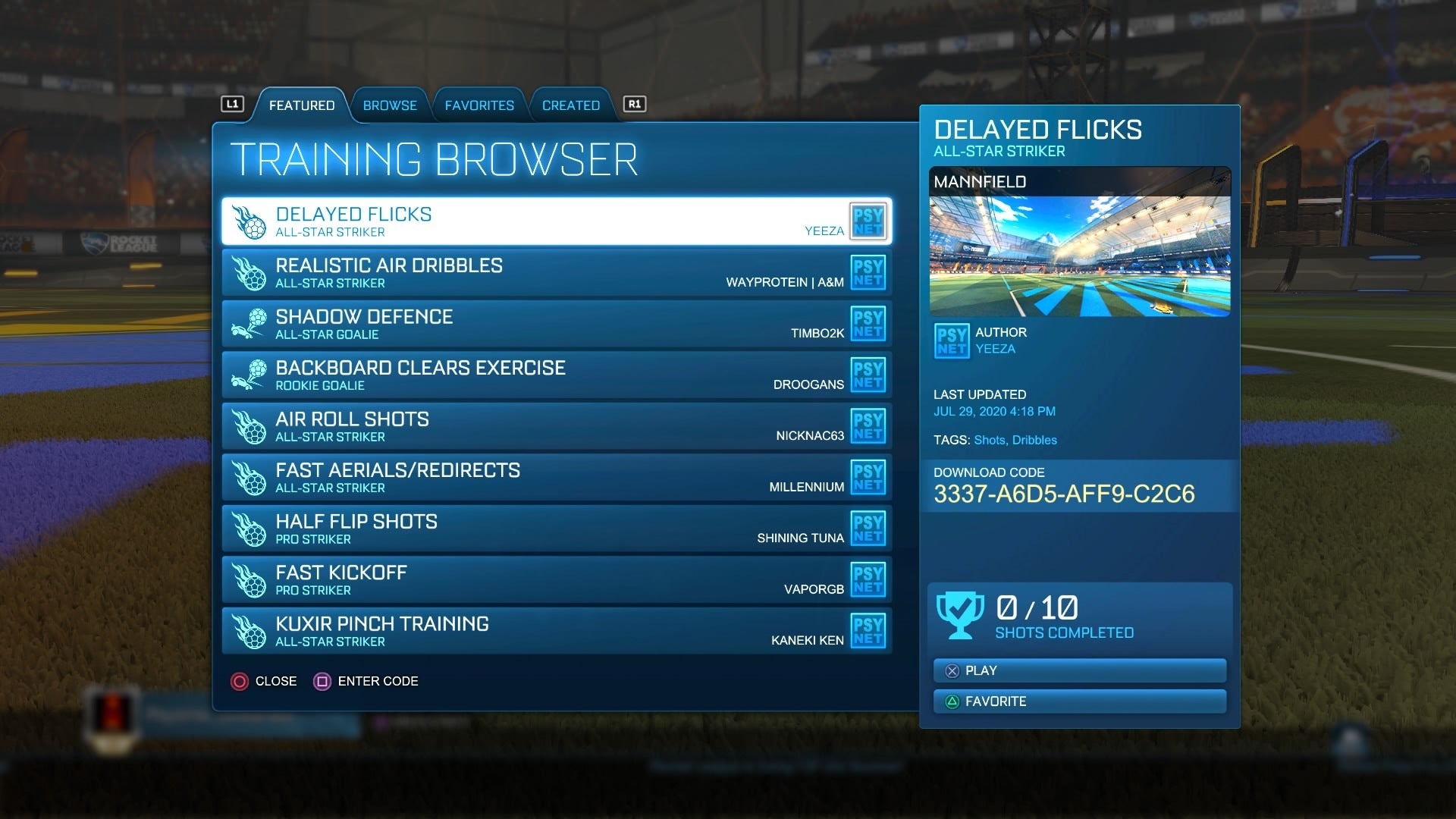 With Rocket League's Fifth Anniversary in the books, and the release of free to play on the horizon, it's time to brush up on some on-the-field tactics with a training pack refresh. Since July is the game's anniversary month, we're taking a look back at the moves and strategies that have evolved soccar throughout the years.

If you take a look at the first season of the Rocket League Championship Series (RLCS) and compare it to game footage from Season 9, you'll see just how much the level of play and metas have changed. This month's featured training packs will take you through the years beginning when air dribbles first started to take off, all the way to siiick ceiling shots and musty flicks. Take a look at the packs below to perfect moves from middle Ranks all the way up to Grand Champion like half flips, the Kuxir Pinch, backboard clears and more!

If you think you've made the next great Custom Training Pack, let us know by sharing it on Discord, Reddit, and Twitter. We go through fan-submitted Training Packs and could even choose yours for our next Community Spotlight. Good luck brushing up your skills as we approach Rocket League's free to play launch! Be sure to check back here for more info on the release in the coming weeks.