Introducing Rocket Labs, the latest series of Limited Time Modes that's available to check out right now! Veterans of Rocket League may remember Rocket Lab Arenas from years past. Now, it's back as an LTM playlist. For new players, Rocket Labs are experimental Arenas that can drastically change the playing field by adding obstacles or changing the shape of the field entirely.

The Rocket Labs playlist will come and go as an LTM in the future, bringing new types of Arenas and modes. First up this weekend is Soccar on Galleon—a throwback to an Arena originally found in Supersonic Acrobatic Rocket-Powered Battle-Cars. The original Galleon, which resembled a pirate ship, has been reimagined for Rocket League. The mast from the original has been removed, but players can still hit the raised decks behind both goals. Be sure to check it out in the LTM playlist all weekend long!

The Galleon Rocket Labs LTM Playlist will be available until Monday, January 18 at 6 p.m. PST (2 a.m UTC January 19). You can expect Rocket Labs to return as an LTM in the future with new twists on arenas, even throwing mutators into the mix. Enjoy rocking the boat on Galleon this weekend! 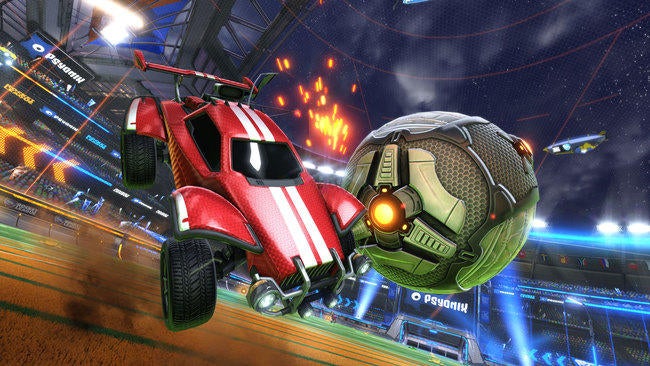 Yakety Yak, Voice Chat is Back!