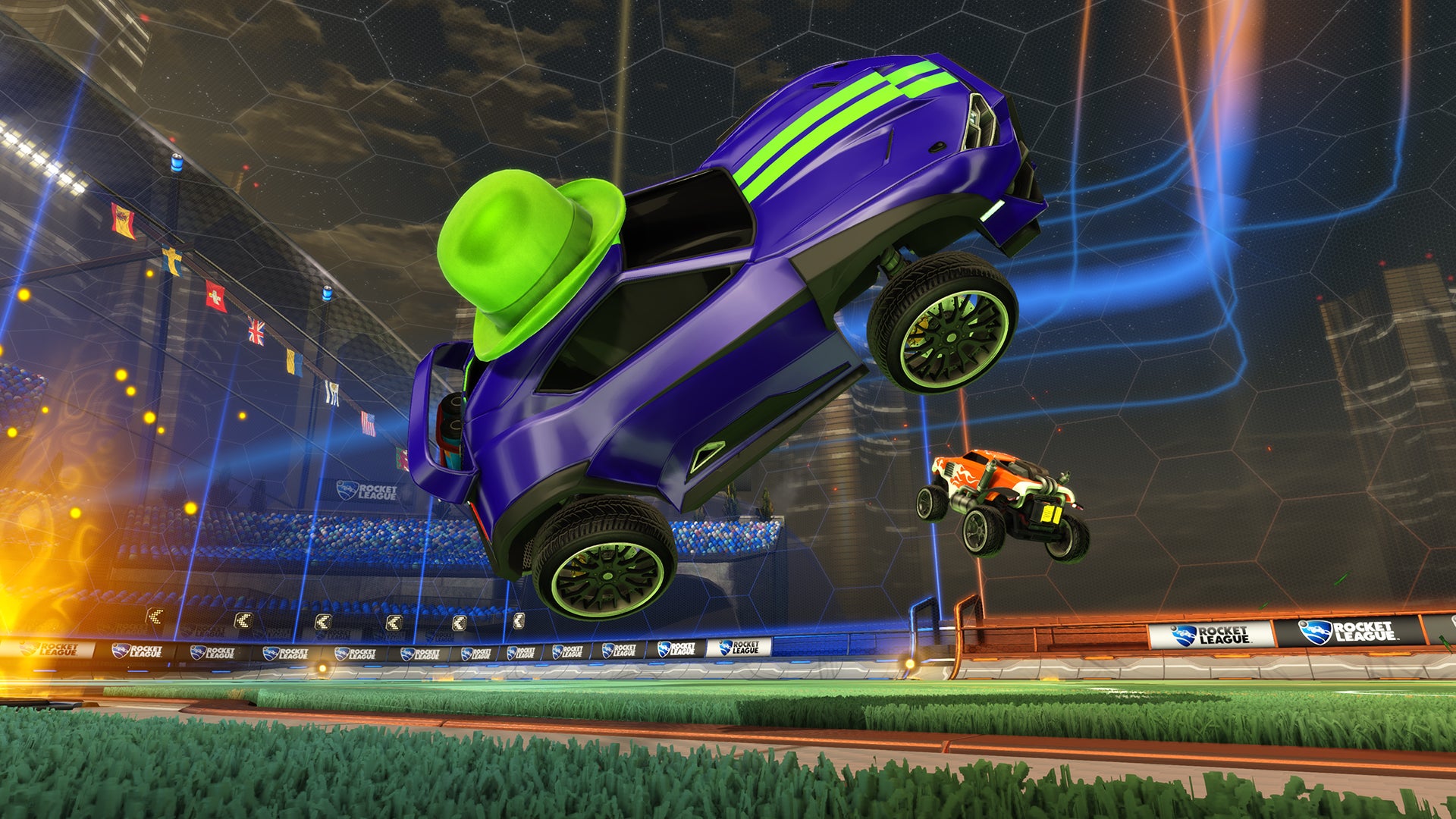 With our next update, we’re adding a new set of item drops that are only obtainable through online matches, including themed items inspired by our “meta” theme to be revealed later this week (it’s a surprise, you’ll love it), rare decals for cars, and some very rare new Boost trails!

“Rare” and “Very Rare” items obey the same rules that our “Uncommon” drops do, so check out our original blog for more info about that.

Many of you have asked about having multiple copies of Uncommon Items in your Garage over the last few months, and and the Trade-In System we’re introducing in the next patch is the answer.

With the June update, you’ll be able to trade in five duplicate “Uncommon” or “Rare” items at a time, to get one item of the next-highest quality. So, for example, you trade in five Uncommon items, you will receive a Rare one. Check out the menu below as an example: 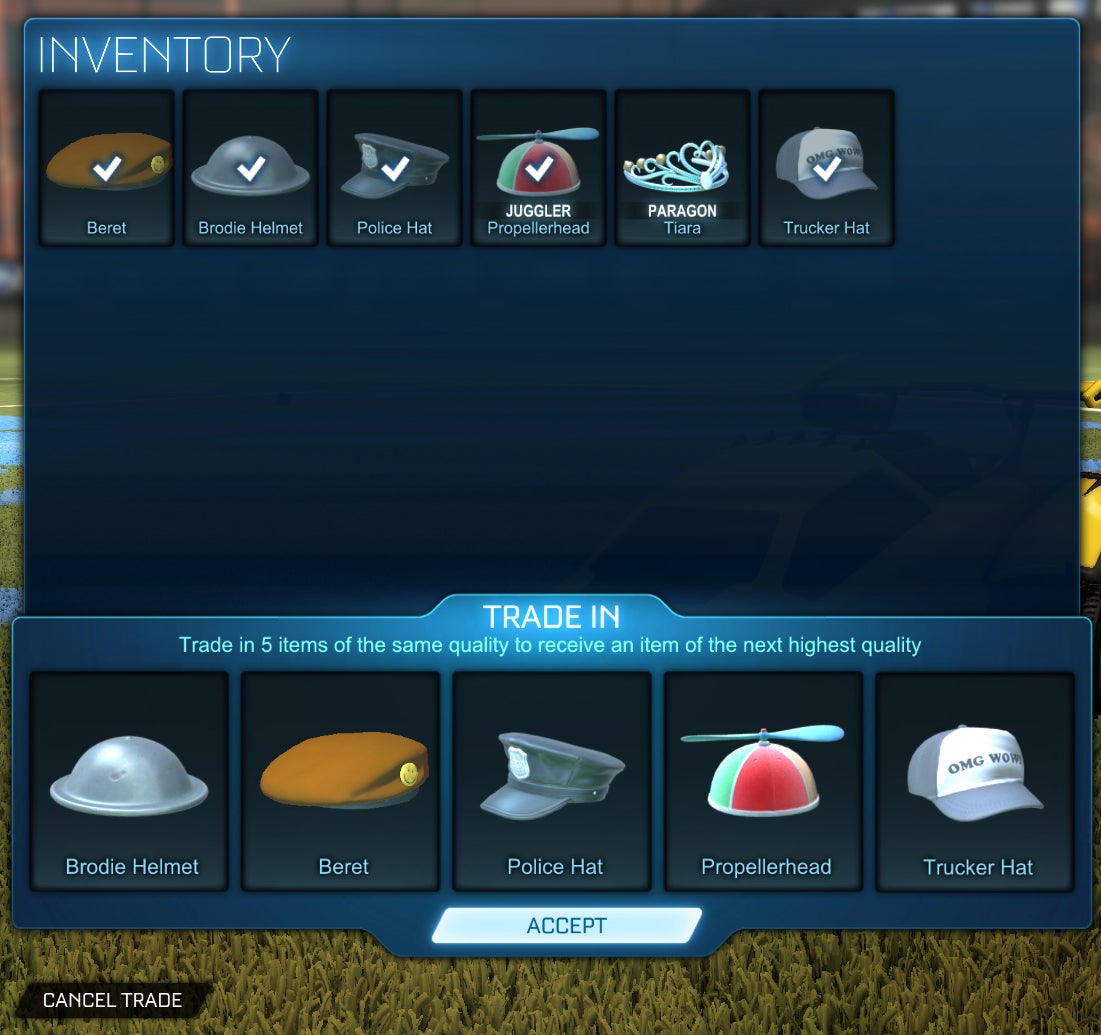 To access the Trade-In System after it’s implemented, navigate to the “Manage Inventory” option in the Garage sub-menu. From there, all you have to do is select the items you want to trade in and confirm.

NOTE: In the interest of full disclosure, we plan to implement Player-to-Player Trading in a later update. Some items, like those with “Painted” or “Certified” attributes, may become much more valuable if you can trade them to other players.  The “Trade-In System” is designed to let you get rid of unwanted or duplicate items, but you should consider carefully what you trade now versus what you might want to keep for future player-trading opportunities.

That’s about it for the upcoming Rare Items and Trade-In System. Come back later this week for another big reveal about the June update! 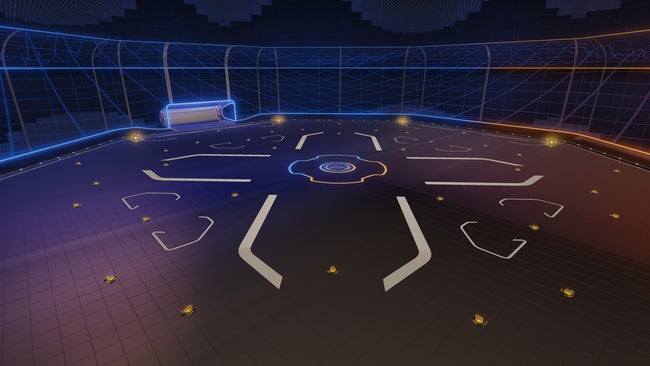 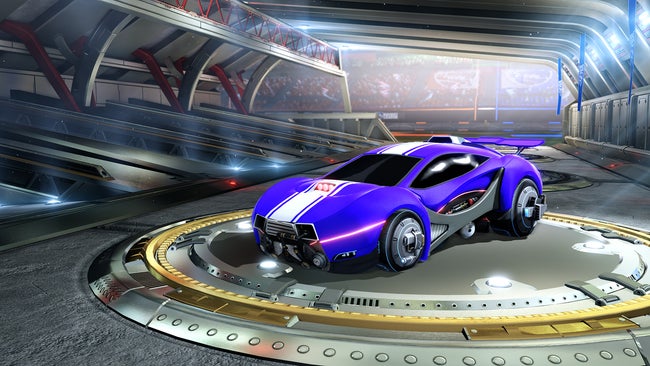 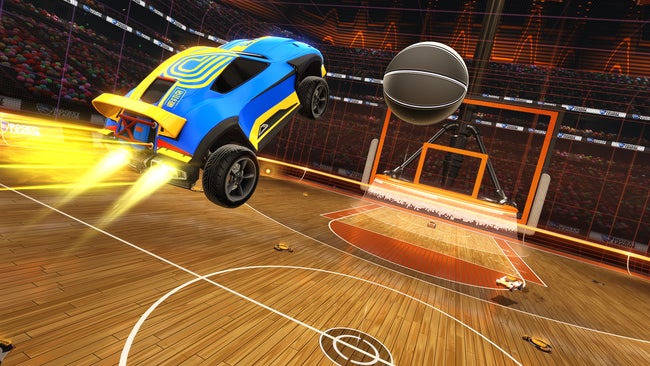