It’s Time To Take It Outside

Far from the bright lights of Utopia Coliseum, the dynamic neighborhood of Sovereign Heights is home to an underground Soccar scene like no other. While crews of tuner cars compete for street cred, local garages work through the night, beautifying the block with vibrant custom rides. 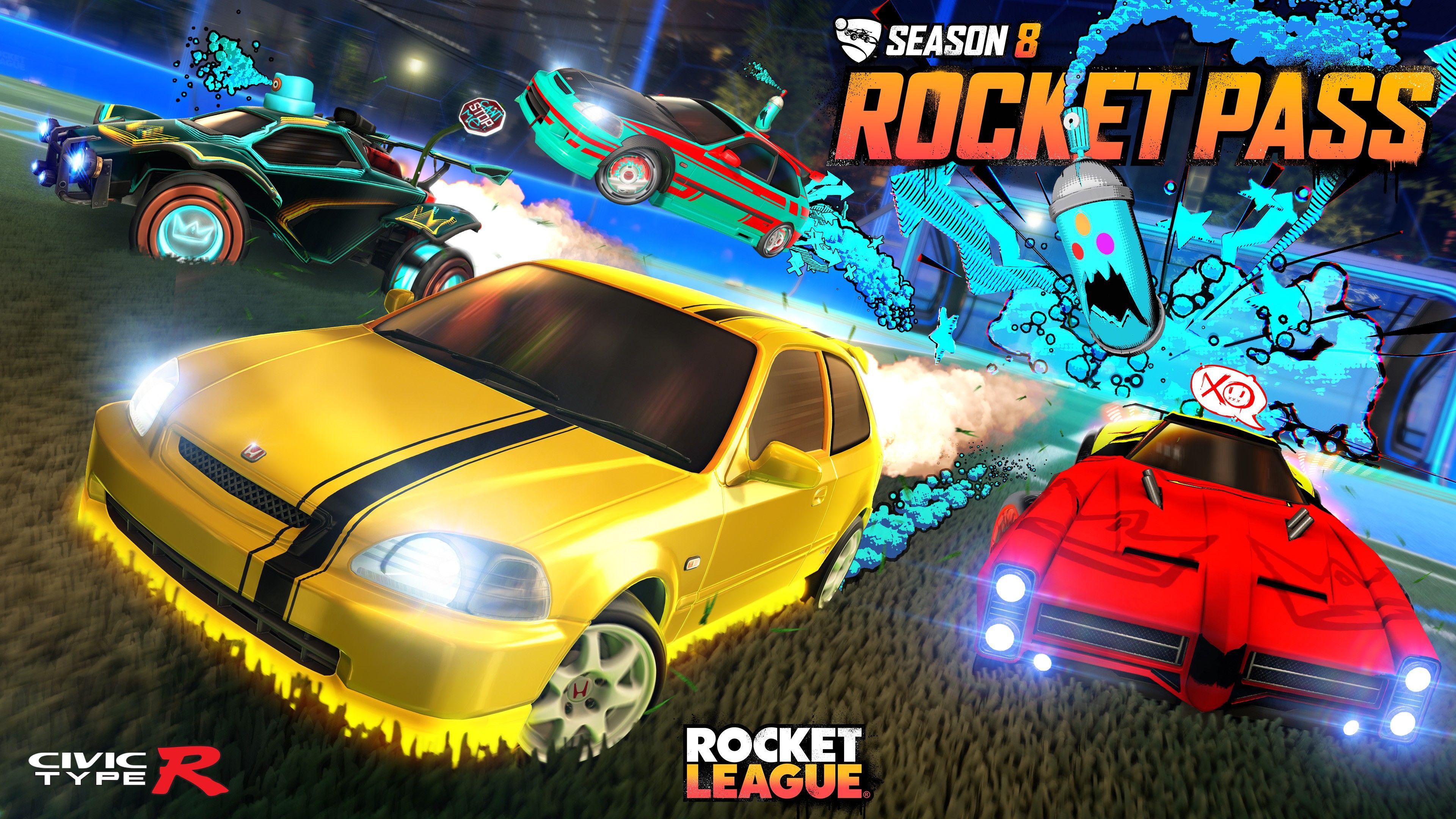 Inspired by the famously hot hatchback, this in-game Honda Civic Type R is the first-ever IRL car to come included in Rocket Pass Premium! The JDM masterpiece hits the streets with a beloved spec: Octane Hitbox.

Paint the pitch with graffiti-themed Items like the Sprattle Boost, reactive Big Cap Topper, and Savage Spray Goal Explosion. Want to express yourself? Channel your inner meltdown with the Dumpster Fire Player Banner, or go for an old-school streetwear style with the Wrapstar Decal and Franko Fone Wheels. 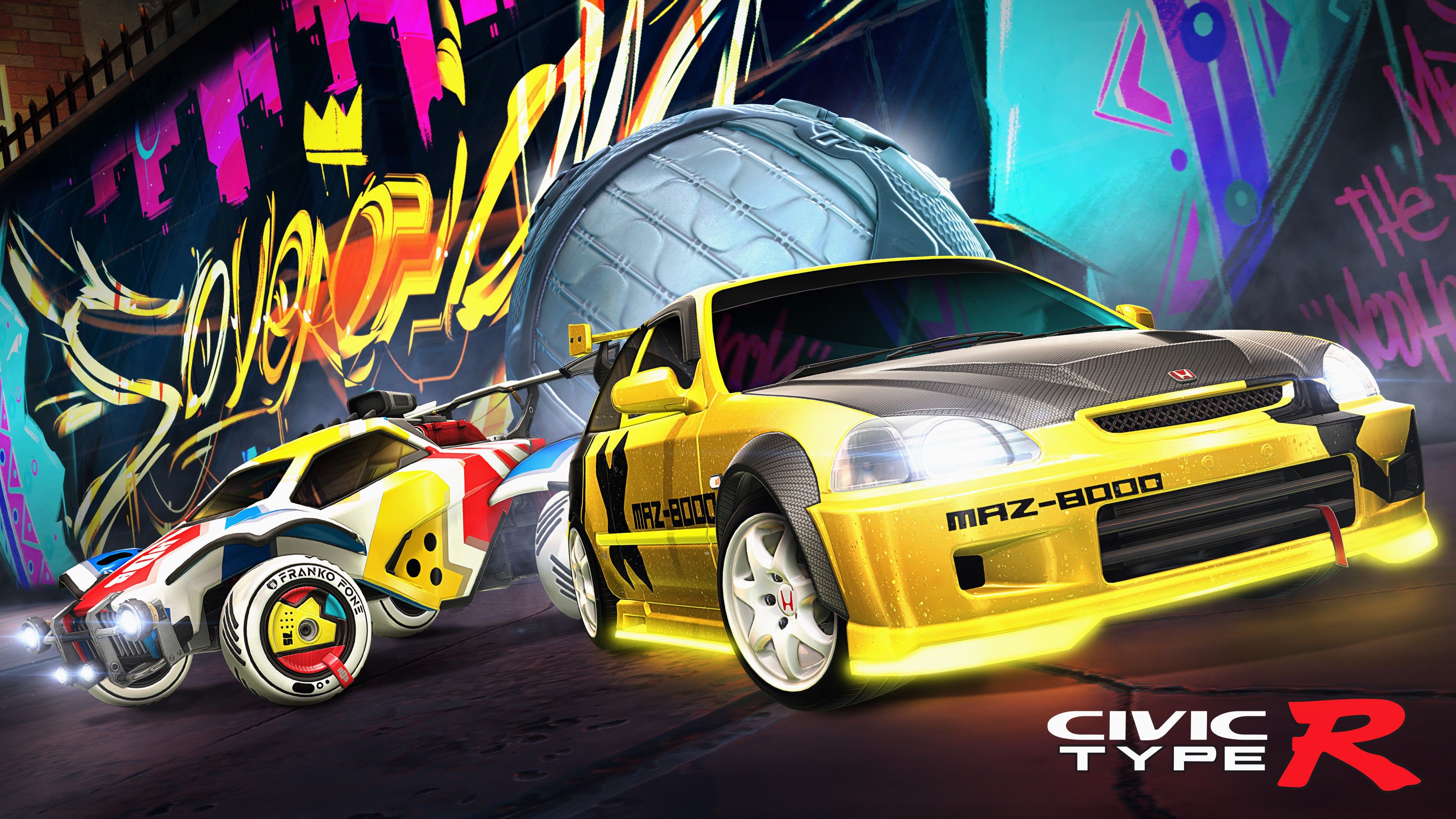 Leveling through the Rocket Pass Tiers also unlocks the upgraded Honda Civic Type R-LE. The addition of a bigger front intake, carbon fiber hood, and rear wing give this 90’s classic a track-focused feel. Players can also load up the original white and red Honda Civic Type R Wheels for a style that’s true to the revered original rims.

Does RGB lighting really increase performance? Scientists say no, but some street-smart engineers rigged up a premium EdgeLight package so you can test it for yourself! This glowing visual effect wraps the bottom of the car’s body kit and will be applied automatically while using a Painted version of either the Honda Civic Type R or Honda Civic Type R-LE. These Painted versions are found above Tier 70 in the Rocket Pass Pro Tiers. 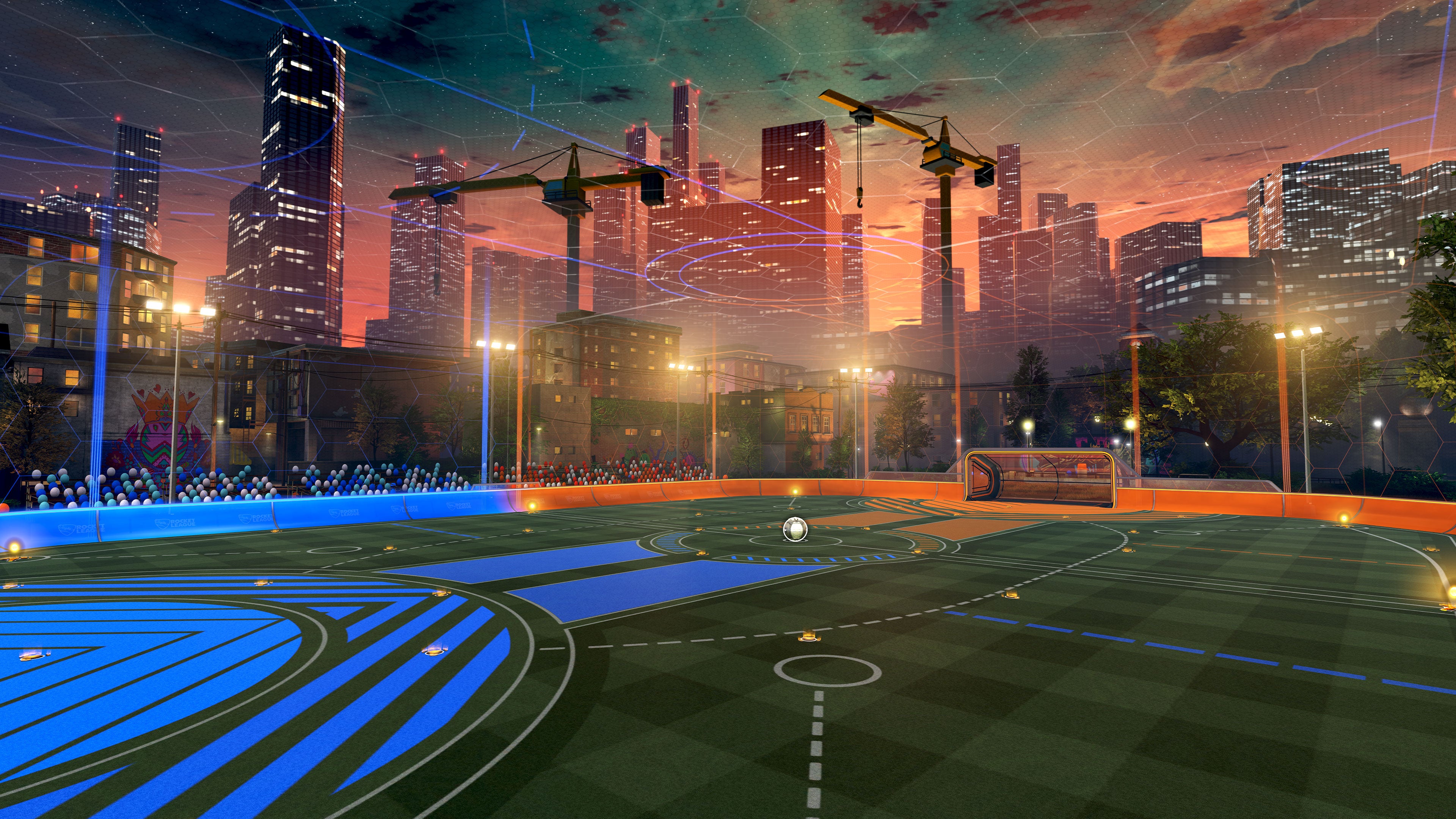 It’s time to touch grass! Located next to the city's famous Centered Park, Sovereign Heights Arena is blanketed in artisanal turf crafted by the neighborhood co-op. You’ll also spy the PsyNet building across the block, home of famous bots like Wolfman, Roundhouse, and Jester.

Once you’re in tight with the local Soccar scene, start competing in Tournaments to win Season 8 Tournament Rewards. Shred the sidewalk with the Sk8s Player Banner, and fire up the coal-powered Hibachi Topper to grill up some street glizzys. 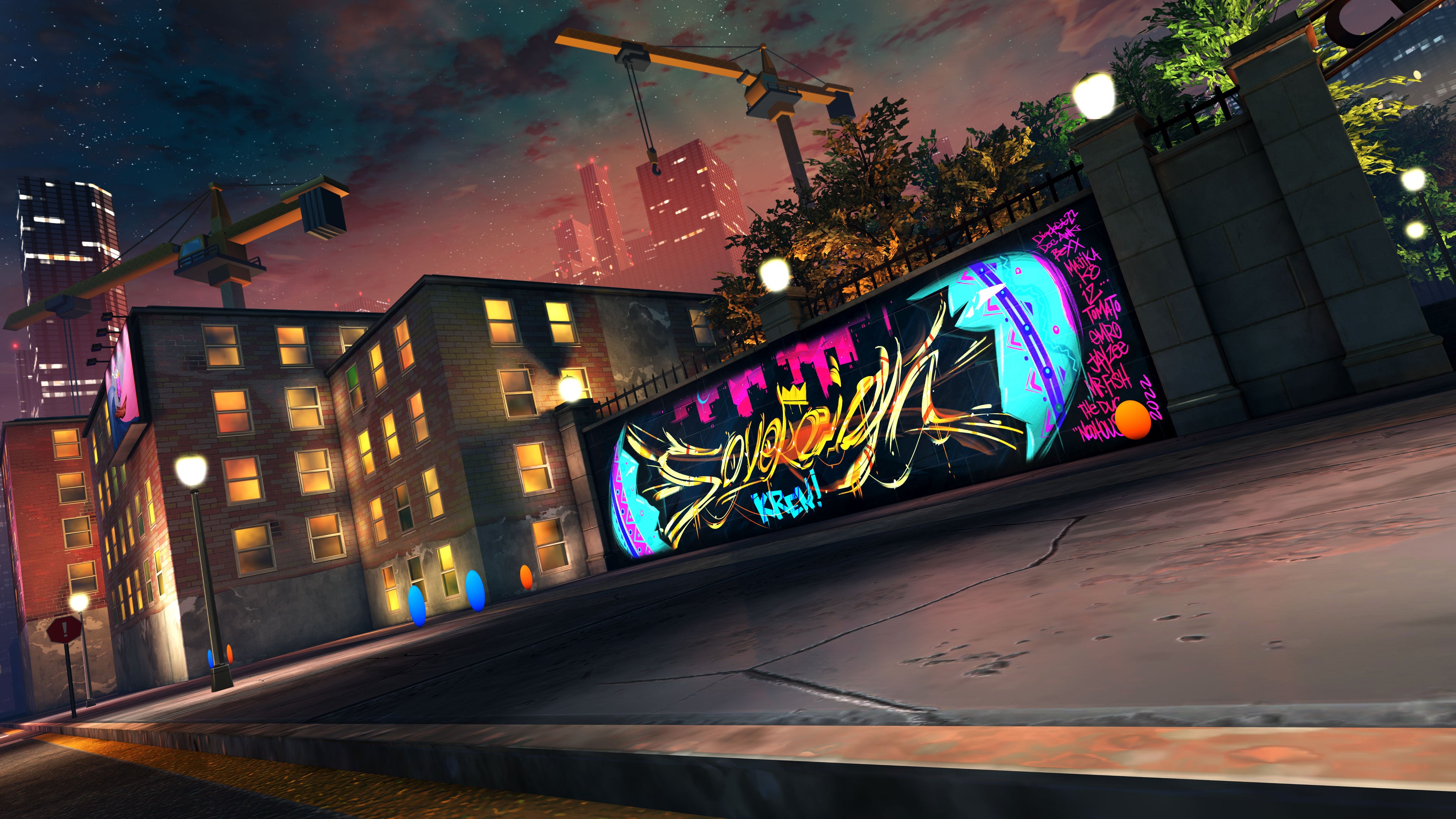 Word On The Street

Season 8 has too much to show all at once, but word travels fast in the Heights. A new Hoops Arena coming later this season promises to revitalize the local streetball scene, while rumors of the annual Haunted Hallows event echo through the alleyways. Keep your ear to the ground—more announcements are sure to come soon!