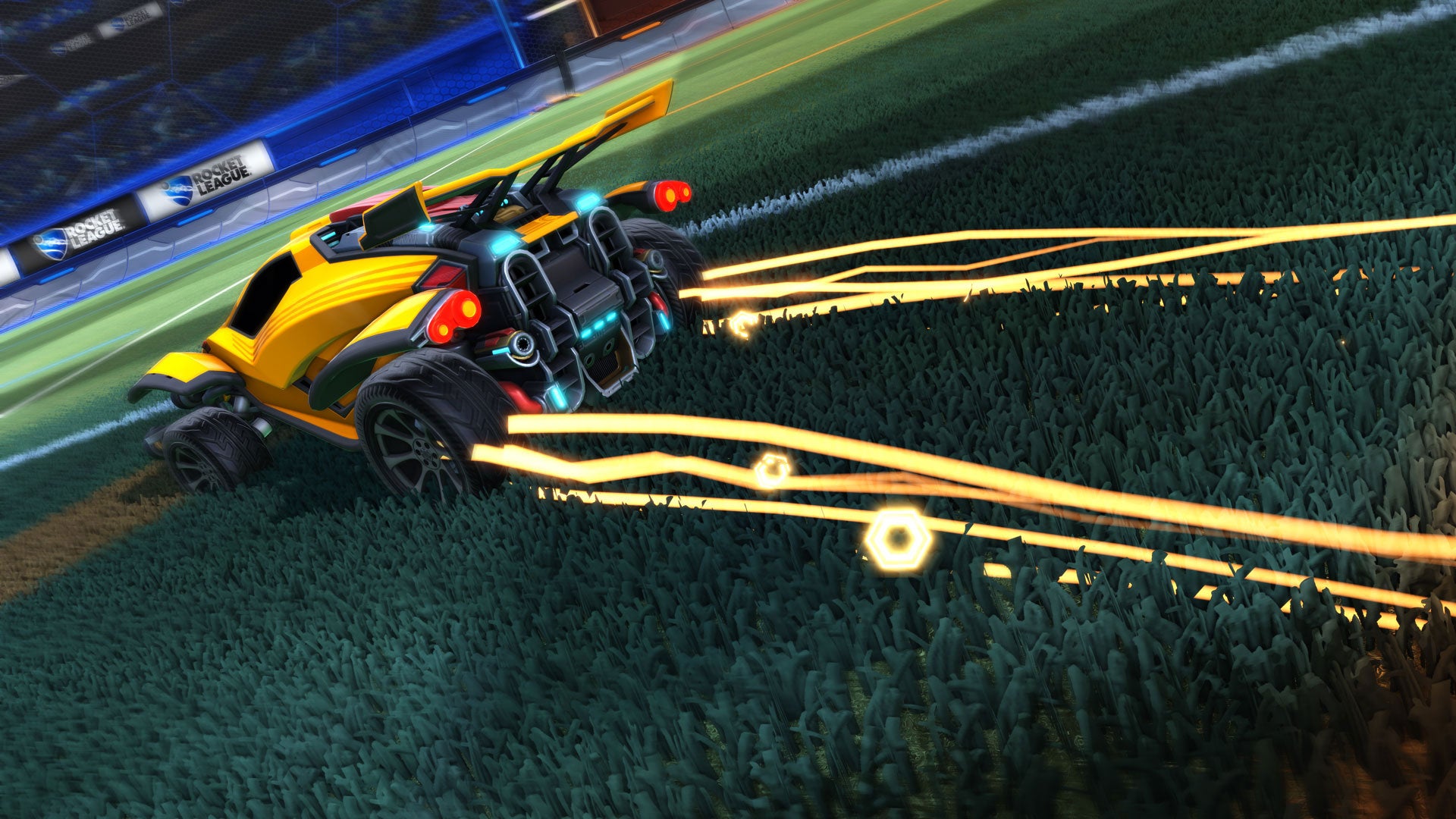 To complement the Toppers, Rocket Trails, and Wheels from our previous Competitive Seasons, every eligible Rocket League player will receive at least one brand new [Supersonic] ‘Trail,” which is one of several new car customization options found in the Anniversary Update. (To help avoid confusion, we are renaming ‘Rocket Trails,’ to ‘Rocket Boosts’ in our next update.)

These Trails, which are a mix of purple, blue, and white by default, appear when your car goes Supersonic (when you use boost), acting as a visual cue for when your car is going its absolute fastest.

Each Skill Tier group -- Bronze, Silver, Gold, Platinum, Diamond, and Champion -- will have its own untradeable Trail. The highest Season Reward you receive is tied to the highest Tier you reached in any Competitive Playlist during Season 4. If you reached Champion at any point in Season 4, then dropped to Diamond or lower, you will still get the Champion-level Trail, along with Trails for every lower Tier.

The rewards, seen above, will be handed out as follows:

As we did at the end of Competitive Season 3, we will be monitoring every player’s Competitive matchmaking history up through the end of Season 4. Any account that has been identified as participating in matchmaking abuse during Season 4, like account boosting or deranking, will be denied Season 4 Rewards.

Be sure to check back on our blog for more updates about Competitive Season 5 and the Anniversary Update later this month!