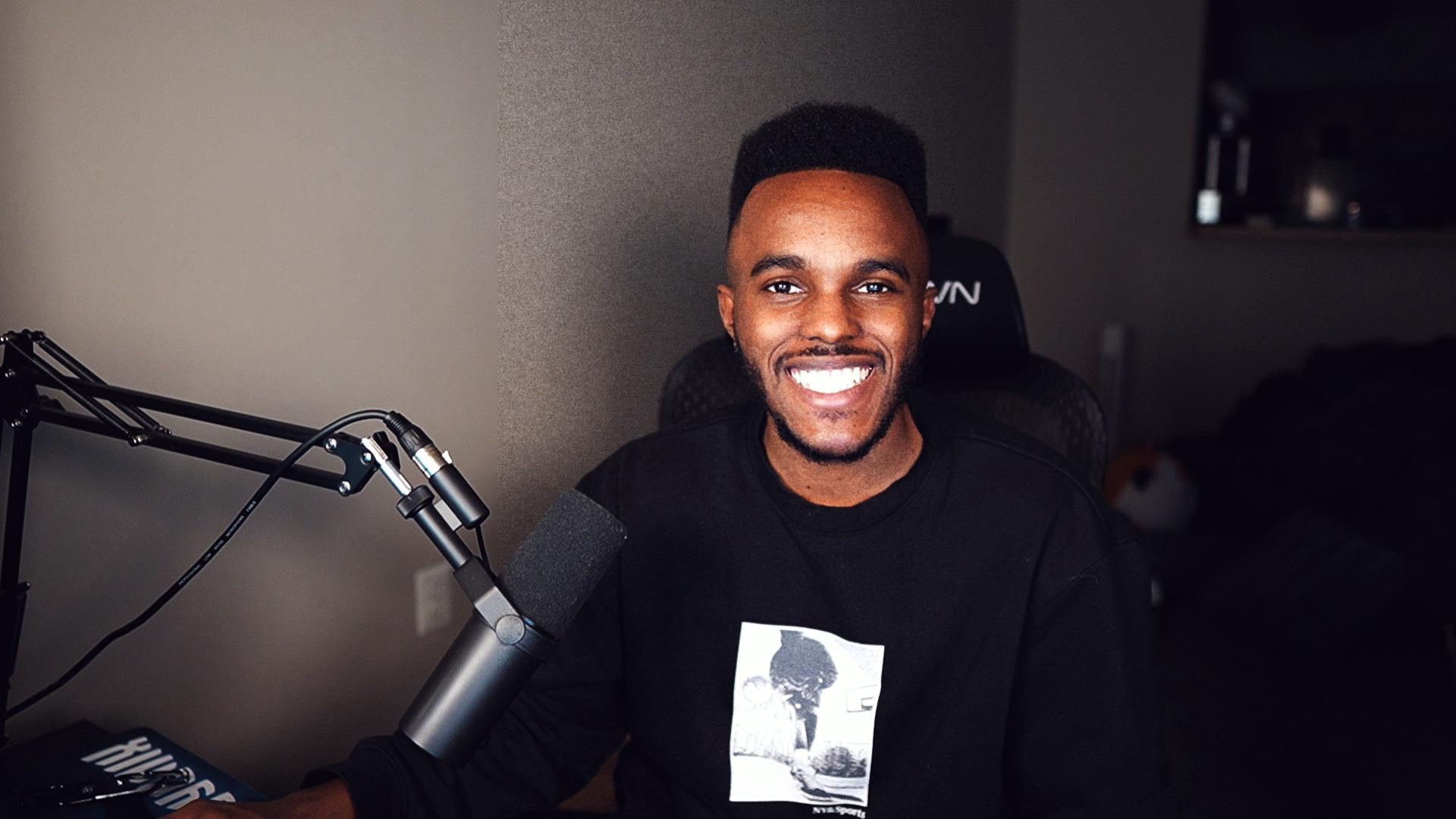 How does Tbates do it? When checking out the Rocket League pro's typical schedule, he seems to have more skills air dribbling items on his lengthy to-do list than most players have in-game. Tyler Bates, or Tbates for short, is one of the boisterous voices of the popular weekly RLCS podcast First Touch, he is the current sub for the RLCS team eUnited, and he manages a full course load of work at Georgetown University Law School all at the same time. When asked the question above, Tbates had a simple answer.

"The answer is I don't," Tbates laughs. If you know anything about Tbates from the First Touch podcast, you know he's a jokester. But jokes aside, he says handling his schedule is tougher than a triple flip reset.

"It's not easy, I'll say that much" Tbates explains. "There are times when I go to bed at 2 or 3 in the morning, and then wake up at 7:30 for my 9 a.m. class. Thankfully, I believe in myself, and I have a great support system in my family and friends. They make sure my life is as stress free as possible."

Tbates has always been a driven individual both in and out of the classroom dating back to before his storied career in the Rocket League community. The Louisiana native finished third in his high school class while playing basketball from middle school through graduation. That achievement earned him a full academic scholarship to Louisiana State University. Even when he was excelling in school, video games were always a hobby at home.

As the oldest of five siblings, Tbates had no shortage of people to play games with at home, and there was added pressure as the oldest to be the best. He recalls some of his early memories of playing fun, competitive games with his family.

"I had a Nintendo GameCube, and we would play Super Monkey Ball, Mario Kart, Smash Bros. and Mario Party," Tbates recalls. "We always had four controllers going. Everyone got in on it. My dad would hop in, and even my grandparents. But, I always had to win. That was instilled in me at an early age."

When online gaming started becoming mainstream, he graduated to competitions in games like Madden, NBA 2K, and Call of Duty. Tbates tried to qualify for Madden tournaments with large cash prizes, and had a squad for Call of Duty GameBattles, but never reached the upper echelon of competition in those games. That all changed once he discovered Rocket League. 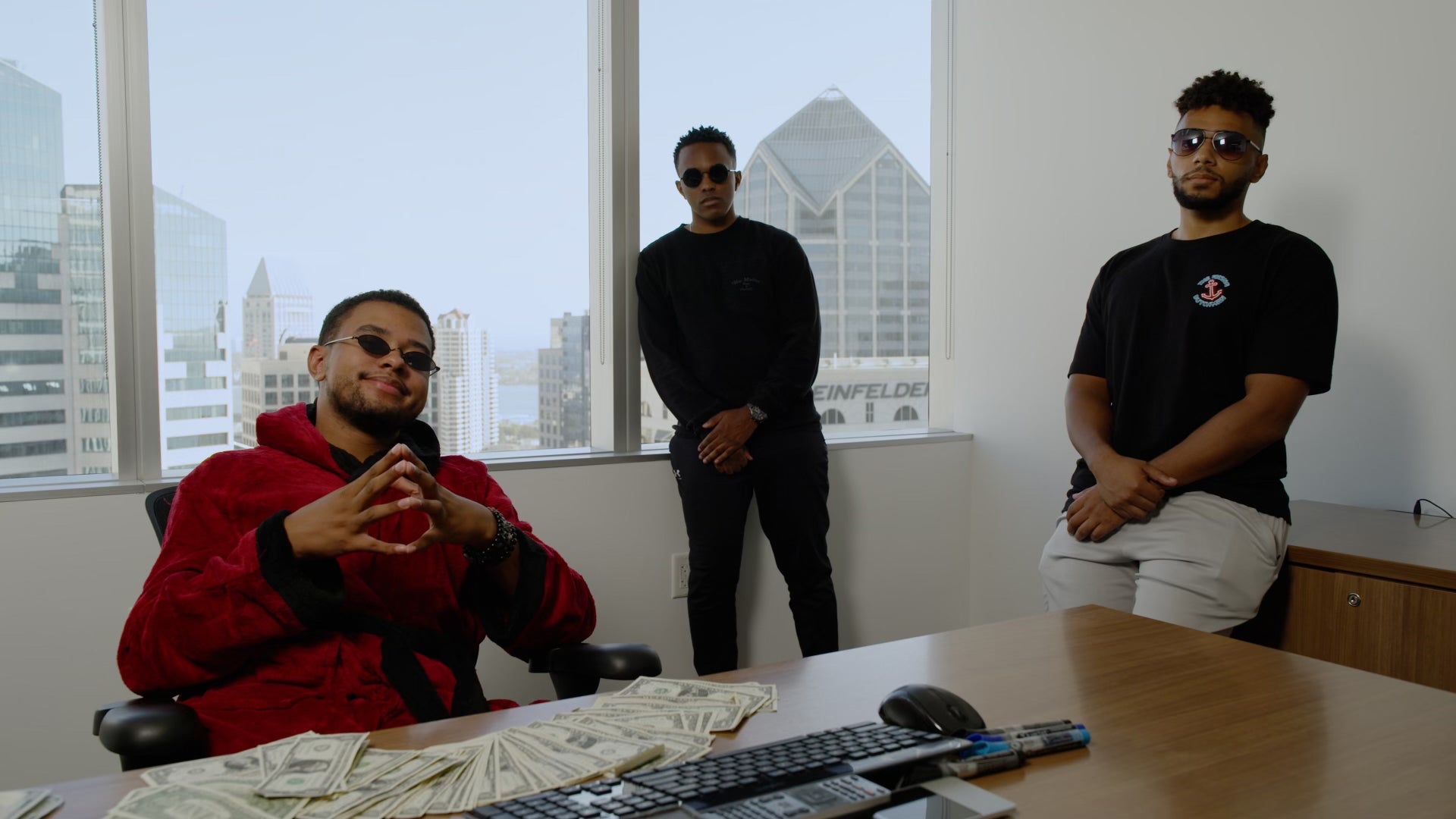 Tbates picked up Rocket League for the first time at a friend's house in 2015 back when it first released, but it wasn't until the Xbox release in 2016 that he started to log more hours.

"I started playing for real, for real in late 2016, early 2017. That's when my friend introduced me to SquishyMuffinz videos." He was like, 'you've gotta see this guy, he's doing insane aerials and twirls.' I could barely hit the ball straight at the time, but that's how I got exposed to the skill of the game and what was possible. I started grinding and started trying to do what Squishy was doing in his montages."

Tbates was hitting the high competitive ranks in Rocket League around the same time he started college at LSU. This was also the same year LSU started competing in Collegiate Rocket League (CRL). Tbates knew he wanted to be a part of that squad made up of donnie, Lohtek, and Modykiller at the time, but he admits he wasn't quite at their level yet. Throughout his freshman year, Tbates made it his mission to prove that he belonged on LSU's CRL team.

"I don't want to make them seem bad, but they kind of ignored me," Tbates said. "I was just a kid who had a big mouth saying I could play with them. I know I wasn't good enough looking back. But, I'm a competitor. I just wanted to prove that I belonged. I spent 2017-2018 getting to Rank A in Six Mans, and becoming a stable Grand Champion in Ranked. Then I got blessed with the opportunity to play for LSU the next year." 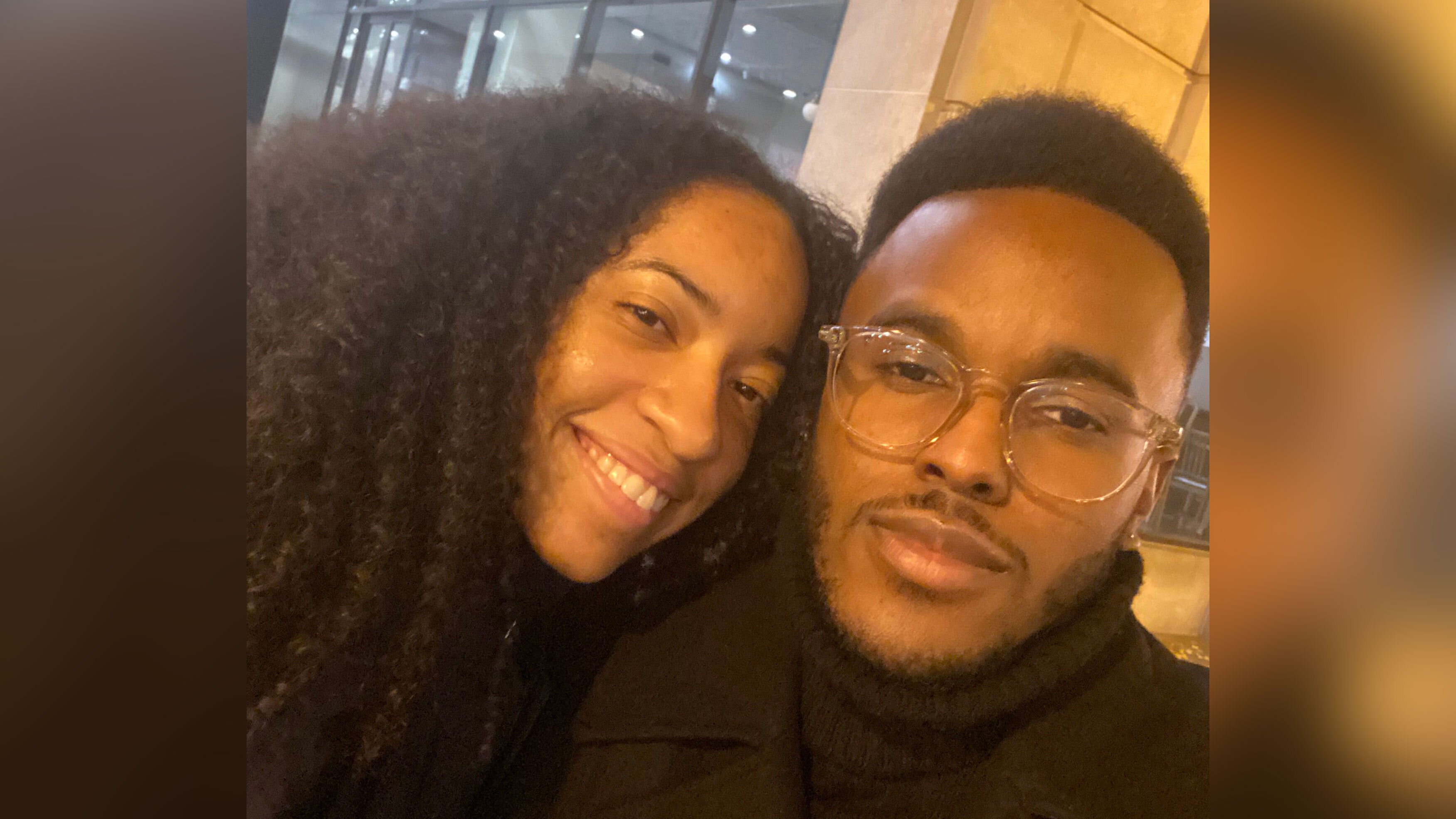 [Tyler with his girlfiriend Ashlei]

From 2018 through his graduation in 2021, Tbates and LSU consistently performed well in the CRL circuit with multiple top finishes including a victory in the Spring 2020 Western Conference and a second place finish in the Spring Showdown in 2020 all while maintaining a 3.8 GPA. Despite performing well, Tbates came to the same difficult crossroads where many college athletes find themselves: do you stick with the uphill climb of competition and try to go pro, or do you take the academic route and enter the workforce?

"Going pro would pop into my head at times in 2018 and 2019, but CRL is a tough bubble scene," Tbates explains. "Once you get labeled as something, like a defensive player or a player who doesn't have an X-factor, no matter how much you improve it's hard to get a chance for a pro team. There's also a fixation on age. If you're college age, it seems like you're over the hill when you had phenoms like Scrub and Firstkiller coming up at the time. People overlook the mental parts of the game. I didn't have flashy mechanics. I was just a solid, smart player. I felt like if I had the right opportunity with the right team I could make a run for it. But realistically, with the way skills were outwardly expressed, I knew I didn't really have a chance no matter how much I tried."

That's when he made the decision to use his majors in political science and legal systems and apply them to law school. Fast forward shortly after graduation and to one of the most memorable months of Tbates' life, March 2021. He got accepted into the Georgetown Law program, he was given the opportunity to join the RLCS team eUnited as a substitute, and it was announced that First Touch, a Rocket League podcast featuring Roll Dizz, Dazerin, and himself, would be a weekly feature on the Rocket League Twitch Channel and on YouTube. The latter is one of Tbates' passion projects.

"First touch started as an idea," he explains. "The three of us would have Rocket League debates on Discord calls with Retals and other players. Then, we had the idea to make it a podcast. It's the first official podcast I've ever done. I've been debating with people all my life like on Discord calls or in the barber shop, but this is the first official proper podcast."

He says it has been a great learning experience, but an experience that he truly loves. Over the past two seasons, the three personalities have grown to become some of the most entertaining voices in Rocket League. But, Tbates admits that process took time. The three hosts and close friends all fill unique roles on First Touch. Easing into those roles and becoming comfortable on camera was a learning process, but Tbates says that's something he's improved upon over the last two seasons of the show.

When he's not practicing to keep his skills sharp for eUnited or working on content for First Touch, he's in the classroom or studying at home. Sometimes both of those two worlds blend when people in his class, or even his professors, discover who he is outside the classroom. He says he tries to keep those two parts of his life separate, but sometimes it's unavoidable.

"I don't tell everyone about who I am in Rocket League," says Tbates. "My favorite professor knows about my podcast and some classmates last semester found me online. They support me, which is really nice. I'm so thankful for that. It would be way more stressful if I didn't have that support."

If this year is any indication, it doesn't look like Tbates' schedule is going to be freed up any time soon. He intends to keep being there for eUnited when he's needed, while staying on his path to earning his law degree. As for First Touch, that's one of his favorite things to do and there's no end in sight. In the next five years, he hopes to be practicing law in Louisiana or Washington D.C. in either the civil rights or environmental fields, while also still being an integral part of Rocket League Esports. When asked if he'll still be involved in Rocket League in five years, he says, "I better be!"

"I love First Touch. I really do. I feel like the show hasn't even reached 60% of its potential. Take for example the First Touch Black History Month special. Being able to uplift and highlight an entire community within the game is phenomenal and something that hasn't been done before! I believe that through First Touch we can do so much more to grow the esport, diversify it, develop storylines, and ultimately create different conversations amongst all people. That is something I really want to keep doing for the foreseeable future, at least the next five years. I love doing this!"