Being a successful content creator in the Rocket League community usually stems from a limited path. If you're good at the game, people want to watch. That's why pros in the Rocket League Championship Series (RLCS) like Squishy Muffinz and Rizzo have the biggest online followings. But, it is possible for those who aren't pros to carve a niche. These creators rely on a deep passion for the game and a talent for crafting creative, original content. If the videos are funny, interesting, and provide an entertaining angle on cars playing soccer, people will watch. This has been the career path of SunlessKhan.

"I think it would be easier to explain my job if I were an esports player," laughs SunlessKhan, who goes by "Sunless" for short. "It's easier to understand if I could say, 'I'm good at this game, and I get paid to compete.' Instead it's, 'I'm not good at this game, but I put videos on YouTube and that's how I make money.' That's a little more baffling."

As odd as this might sound to the uninitiated, that's what SunlessKhan has accomplished with his channel. His videos run the gamut between analysis of online behavior in Rocket League, in-depth breakdowns of playstyles, features on RLCS pros, building real-life Battle-Cars, and everything in between. In other words, it's an inside look at the entirety of Rocket League's culture.

SunlessKhan, whose real name is Jared Zook, and his channel have been on the rise for roughly two years, but it only recently became his full time job. The Ohio native, who now lives in the Indianapolis area, studied video production in college and worked at a video production company before running his channel full time earlier this year. In his former job, he helped produce local commercials, plus a few that went national.

"My goals, career-wise, were sort of vague," says Sunless. "I was just going where the opportunities were. I always wanted to have a YouTube channel, but I never really had a vision for what it would be. I knew gaming on YouTube had opportunity. As I became more interested in Rocket League, then it clicked."

SunlessKhan started playing Rocket League in the game's infancy on PC, but almost put the game down entirely when his skill level plateaued and he struggled to get out of the rank of Prospect (comparable to the Silver in the current ranking system). Then, when the game released on Xbox, he decided to try to get his friends into it.

"I actually bought the game three times on Xbox so my friends could all play it with me," SunlessKhan recalled. "Once I started playing with them, it rekindled my love for it. I was playing every day after that."

It was then that he had his "eureka" moment. He knew his YouTube channel would revolve around Rocket League. He picked his game, but he needed an angle. The channel started as a couple of Let's Plays with his friends just chatting while they played. But then, Sunless struck gold when he kicked off a video series in which he expertly outlined the worst habits for Rocket League players. It was called "Why You Suck At Rocket League."

"The Reddit community upvoted it and that's what spurred the channel's growth. There was a period for about a year where Why You Suck At Rocket League were the only videos that got views on my channel."

The series' success was a first for the channel. While his videos were now getting views from the community, he still wanted to grow the channel with new ideas, but his audience at the time still wanted more from the series. "I tried other creative stuff, but it never really took off. So, that's why there are 20 videos from that series, and they received progressively fewer views as they progressed. I was stuck in that series for a while. Fortunately, something clicked about a year ago and I was able to divert from that and finally try new creative ideas I had." 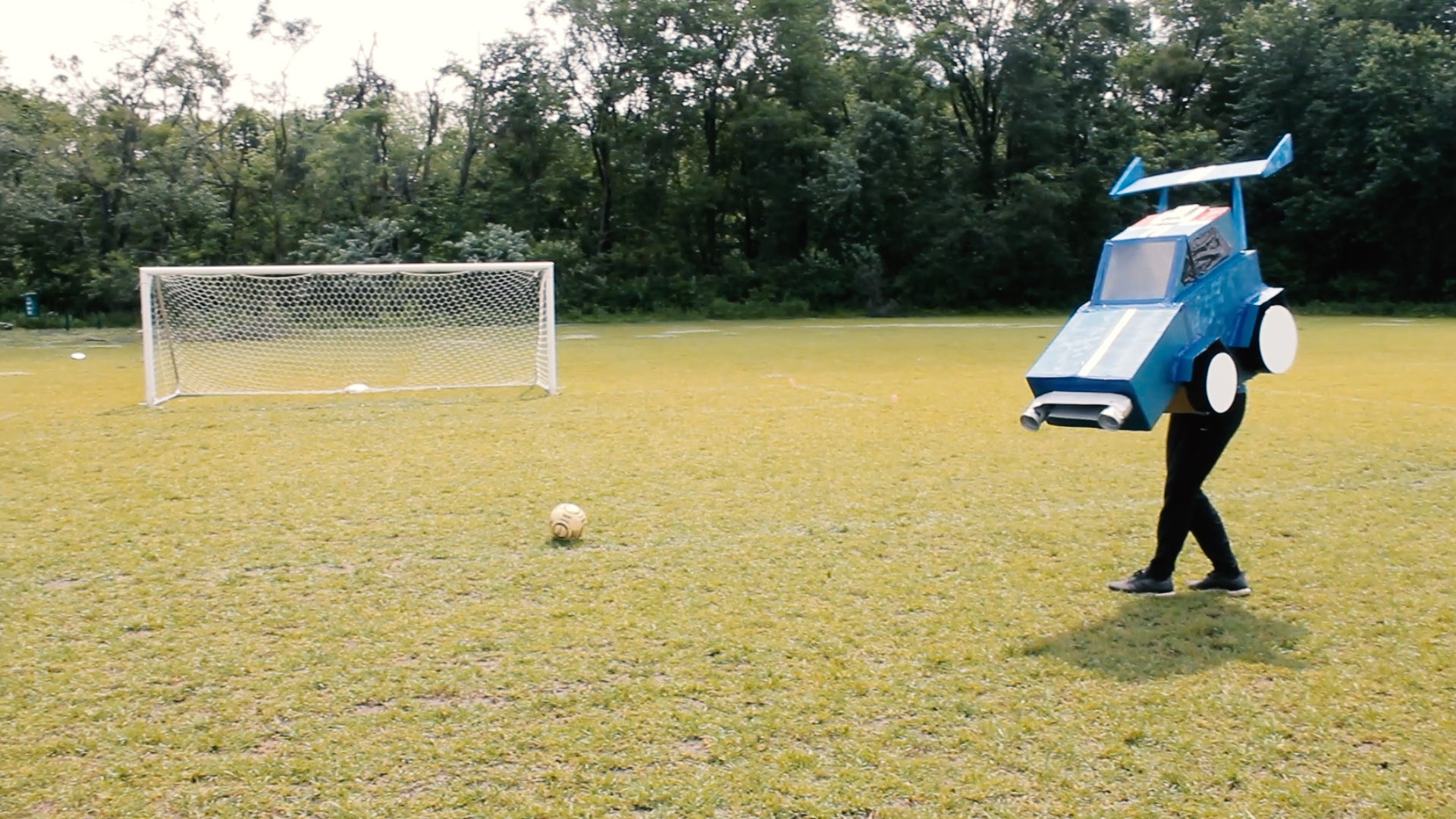 (In his recent video, SunlessKhan built his very own Octane. Image courtesy of SunlessKhan)

Creative ideas are the lifeblood of Sunless' channel. When wacky ideas hit him, like playing Rocket League under soccer rules complete with penalty kicks and proper face offs, he writes them down, comes up with a script, shoots and edits the footage and produces a proper product. But even that process has plenty of trial and error. Sometimes what Sunless thinks will be a home run just performs adequately. On the other hand, throwaway ideas are sometimes the biggest hits.

SunlessKhan's biggest success entitled "I hired a Rocket League coach on fiverr then challenged him to 1v1" has amassed nearly 3 million views. Fiverr is a website where players can pay for tutoring help in their favorite games. Sunless attempted to dupe his coach into thinking he was a beginner, but the ruse didn't last long thanks to his online popularity. His coach figured out that his pupil was SunlessKhan all along.

"Some of my best videos I didn't think would go anywhere. My most viewed video is exactly like that. I thought it was just an alright idea, and it then it exploded," he explained. "Then there are videos I think are amazing that go nowhere. But, those are essential in the growth of a channel, as painful as it is. There are just a bunch of small things about videos that I've learned throughout the years, and failures are all part of the learning process."

Sunless quit his job at the video production company in January of this year, after the income he was bringing in from his videos began to eclipse his 9-to-5 salary. He says it wasn't an easy decision due to the love he had for the job. He credits it with preparing him for his future on YouTube, but he admits that his new role is a dream. "I try to stress to people that it's hard work, and make it sound like it's not the dream that it is. Sometimes I feel bad explaining what I do. I feel like I have it too good," he laughs.

Just because producing videos on YouTube is a dream doesn't mean it's easy. Sunless' content schedule is getting more crowded as his channel grows. His videos take at least two days to produce, plus he's now supplementing his YouTube channel with a streaming channel on Twitch. He makes sure he streams three days a week for anywhere from two to five hours each day. According to Sunless, streaming is a fun break from the editing grind since he can sit down, play, and converse with his audience, but even Twitch demands constant content.

Content creation is structured in such a way that views on YouTube and subscriptions on Twitch can dwindle quickly if you aren't producing. As Sunless recently discovered, producing content isn't always possible for reasons that are completely out of anyone's control. Late last month, an F2 tornado touched down in Sunless' home town. He and his family were safe, but it knocked out power in the entire town for days.

"I had just come back from a week where I didn't upload because I was gone for Memorial Day. So, it was a week without streaming then a week without power because of the tornado, and then I was leaving for DreamHack the following weekend. I lost half of my subscriptions on Twitch, and YouTube views were down without new uploads. I remember thinking, 'If I had a normal job, this would be awesome.' No one is working. I could focus on cleaning my house or go volunteer with the town cleanup. Instead, I'm just scrambling, trying to edit on my little laptop and working on generator power, trying to get a video out. It turned out to be a stressful time because of that, and a tornado is stressful enough!" 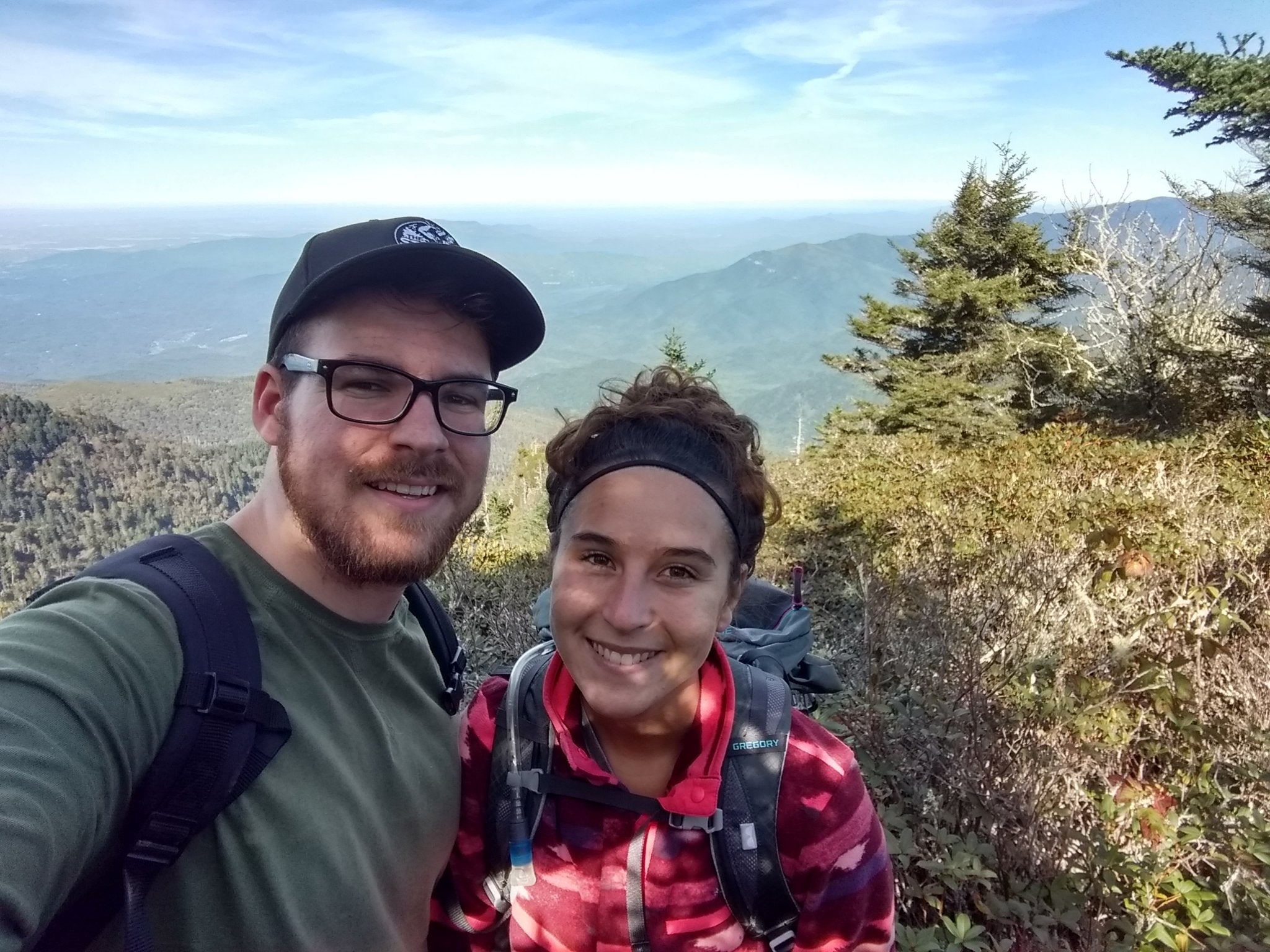 (Sunless enjoys the outdoors when he’s away from content creation. Image courtesy of SunlessKhan)

As much work as it can be to pump out quality content consistently, whether it's on Twitch or YouTube, Sunless understands that it's important to keep the work-life balance where it needs to be. "I'm not the type of person to overwork myself. [laughs] I guess what I'm saying is, I'm lazy," he jokes. "If I'm really not feeling a video, I step back and say, 'this is terrible. I'm not enjoying life.' So, I'll take some time to spend with my wife, and I'm OK with doing that. I put my wellbeing before my channel. Then I'm ready the next day to get back to work for a couple days straight."

When he's not producing content, Sunless enjoys spending time outdoors with his wife and trying new places to eat around Indianapolis. "Upload day is my favorite, because that's like my weekend. That's the day I'm not working," says Sunless. "So, I'll upload and then we'll go to a park, or check out a new place to eat. Indianapolis is actually a great place for food, believe it or not."

Since SunlessKhan's whole journey came from his love for video games, you might think he's playing a bunch of new releases in his free time, but Rocket League is always the mainstay. As he puts it, "Rocket League is life."