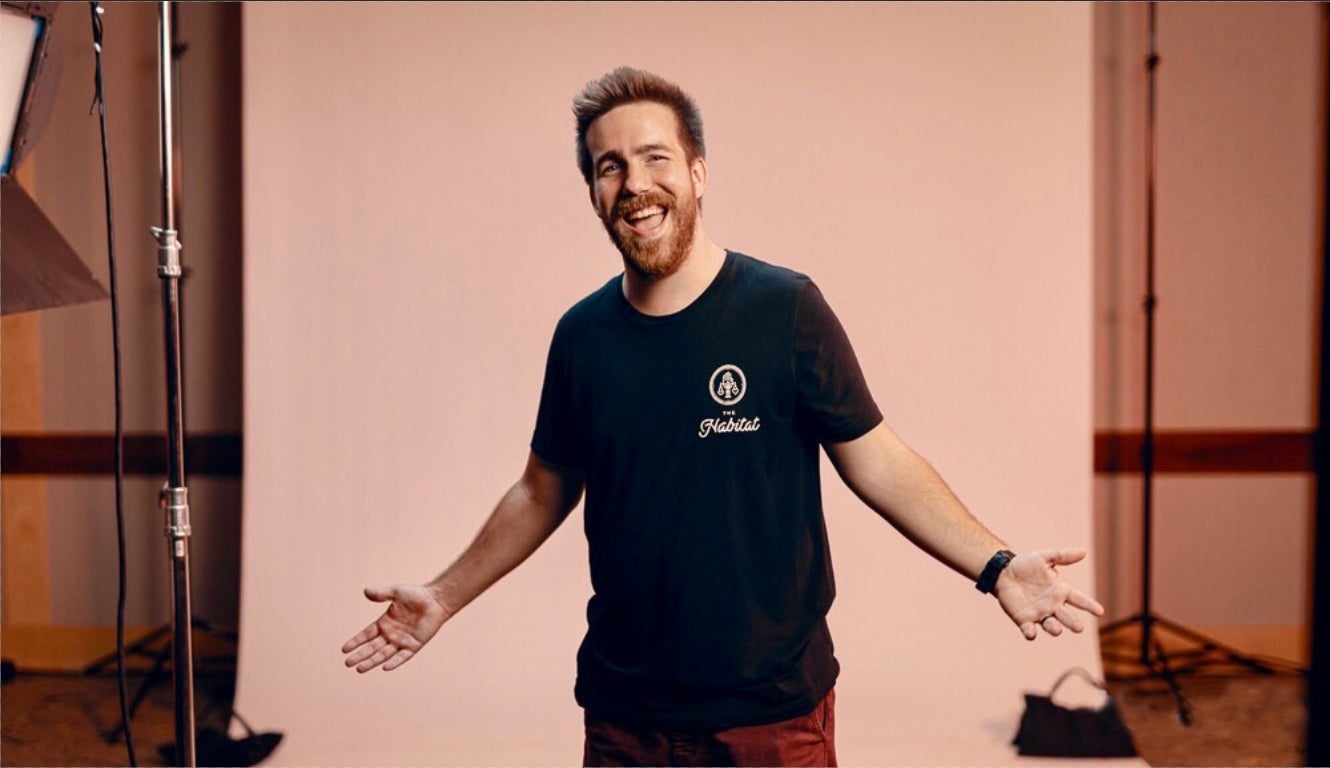 If someone follows Rocket League content creators on YouTube or Twitch, there's a 99% chance Jon Sandman is one of those creators. He's been building his audience since before Rocket League existed, which recently crossed the 1 million subscribers mark on YouTube alone. And that's just one platform! He's approaching 300,000 followers on Twitch, where he streams regularly, and has amassed more than 170,000 followers on Twitter where he keeps up with the audience.

How did a guy who was living the life of a struggling actor on the west coast rise to become one of the top creators in the community?

But there's more than Jon's unmatched work ethic at play here. Jon hopped on the Discord call for his interview with the same charisma he has in his videos. The 31 year old is the same energetic and friendly guy you see on his channel. Blueprint Fights, Ranked Match grinds at the Grand Champ level, you name it, he’s doing it. His personality has always been the appeal, and he certainly understands that.

"I push out so much energy in my streams, which is why they're only four hours," Jon explains. "I have a wild intro called ‘Roll Call,’ where I rap everyone's name. I'm at 100 MPH all the time. It's not me being fake. It's truly just me. You see that when you meet me. It's definitely exhausting, but I love it. It's just who I am. It's who I've been since I was a kid."

That kid fell in love with video games at a young age, thanks to his dad. Jon recalls beating Super Mario Bros. sitting on his father's lap when he was around 3 years old. As he grew, so did his gaming tastes, which graduated to CounterStrike, League of Legends, and Call of Duty. When he wasn't gaming, Jon was performing.

He got the acting bug in high school, which was a good fit for a kid growing up in Los Angeles. Jon started performing with his school's choir, while acting in dramatic plays. Those opportunities took him around the world to places like Switzerland and Scotland. When he wasn't performing in his school groups, he was getting acting work.

"I was a drama nerd. I loved doing plays and performing. I was able to do these shows and then act on the side. I was part of the Screen Actors Guild, got in a bunch of B movies and McDonald's commercials. I loved acting and music. That was my life."

Jon was on track to be a musician in high school and even into college. He was part of a band called The Young Rapscallions that was on the rise. The band had steady work, but he had to juggle that AND his courses at community college.

"I really thought the band was going to be my thing, but I was going to college for my parents," Jon says. "They were always really supportive, and I always had a place to stay there. I lived in their guest house until I was about 24. They said, 'if you're under our roof, you're going to school.' I respected that. I didn't have to pay rent but I had to go to school. To me, graduating was for my parents."

He followed through with his end of the deal, graduating with a film business degree. At this point, Jon was in his early 20's, living in his parent's guest house while working on locking down acting gigs and waiting tables. "I was just doing the very L.A. thing," Jon laughs. Through his steady work, video games were a constant. He had his circle of friends who got together with LAN parties to play League of Legends and more. Then, his friend introduced him to ARMA 3, a military-style shooter. Through ARMA 3, Jon discovered role-playing servers where people would behave exactly like their in-game characters did. Essentially, it was “acting meets gaming.”

"It hooked me right away, and I fell in love with it," Jon explained. "I built up this server called ‘Seal Team Sloth.’ I became an admin, and was one of the head people running it. I wasn't getting paid or anything, but I was just into the community." 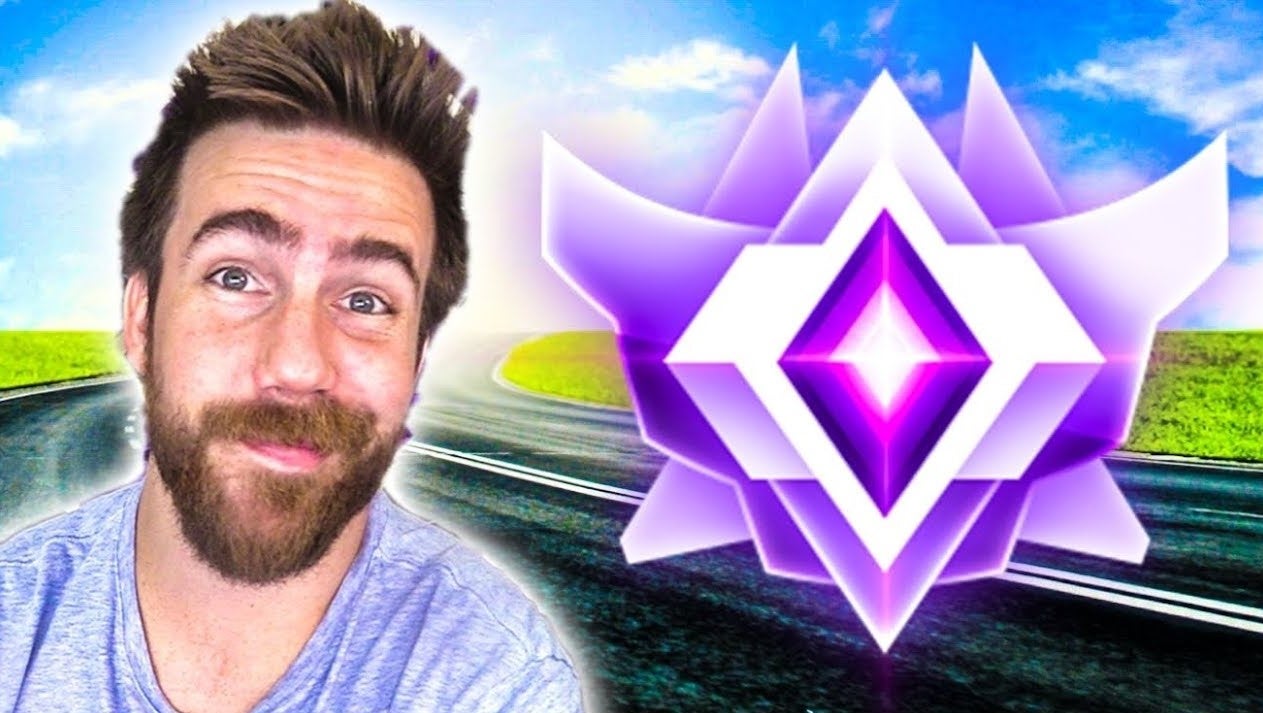 Jon started streaming his ARMA antics on Twitch for a modest audience—anywhere between five and ten viewers, who mostly came from his role-playing community. He was waiting tables at Chili's by day, and streaming by night, while his then-girlfriend, Theresa, slept on the couch behind him; whisper/yelling into his headset so he could entertain the viewers without waking her up. This was his usual routine, but then one night, Jon's stream started to bring in actual money.

"I remember it clearly," Jon recalled. "I had work the next day and I told the viewers I had to get to sleep for my morning shift. I remember someone named Egnys—who's still a moderator today—asked me how much I usually made in a shift. It was anywhere from $30 to $50. A couple minutes go by and $50 gets donated. I was stunned. Are you kidding me? That's just amazing! That's my whole shift! And Egnys says 'Get your shift covered. Now you can stay up later with us.'"

From there, more donations started to pour in to cover what he would make from his shifts at Chili's, and it wasn't just from the one person. His viewers would throw him $50, and even the occasional $100 donation. It was all enough for him to make it through any given month. Shortly after that, he became a Twitch Partner. Months go by and Jon's audience saw a slow, but steady growth. However, a chance encounter with a Minecraft streamer changed the course of his channel completely, and that course led directly to Rocket League.

“[A streamer, MrWoofless] hit me up and wanted to start a series together featuring Rocket League," Jon explains. I didn't play at the time, so I told him I wasn't good, but neither was he! So, we started from the bottom. We were so bad: camera shake was on, default controls, field of view was all the way zoomed in. Nobody cared. People watched it, because nobody was good yet. But that's how it all started to take off. He would post from his perspective, and I would post from mine. He fully took me under his wing."

MrWoofless was a popular content creator who has multiple YouTube channels that currently have more than 2 million subscribers. He ran into Jon in ARMA 3 and Jon's roleplaying amused MrWoofless enough that he threw Jon a follow on Twitch. Fast forward a year after that follow, and MrWoofless reached out to Jon personally. Much to Jon's surprise, MrWoofless had been following Jon's content.

Jon's videos started to explode. He went from posting videos and streaming a couple of times a week to producing content every single day. That's when Jon's life went through a full transformation: from juggling his humble stream and YouTube videos for a small audience, while waiting tables and taking three-hour naps on any given day, to a strictly regimented schedule. Today, he maintains daily content creation, family time, and even boxing training three days a week. He married Theresa and they have a 2-year-old son and 7-month-old daughter. 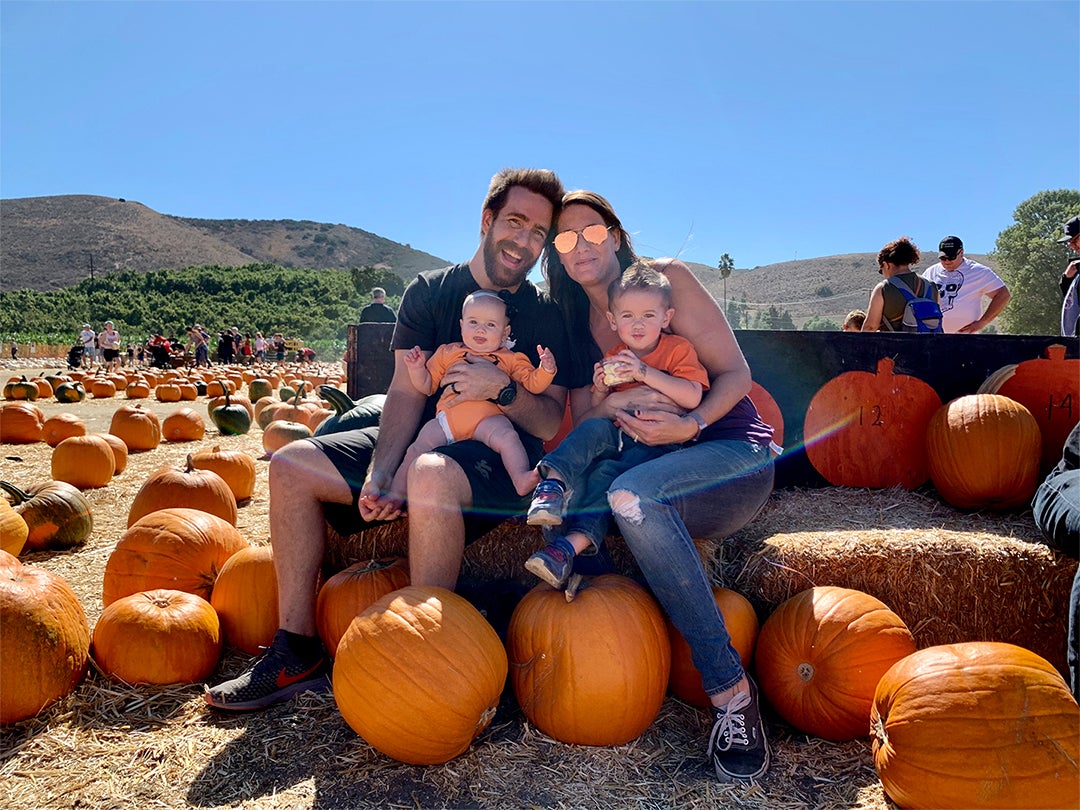 He credits Theresa as being the rock in his life; the person that keeps everything on-track and gives him the time to cultivate his content. "She's a superhero. She's the queen. She's unreal. I would not be able to do any of my work without her!" Jon exclaims. But, as the channel continues to grow, he explains that it's difficult for him to turn off his content-creation brain even when he's with the family. He's still working on perfecting that balance.

"I'm not the guy who's always on his phone when he's with his family. I'm very good at taking that away, but I really can't fully unplug," Jon explains. "I just can't. I think it's just a content-creator mindset where you're just constantly thinking about what would be a funny or entertaining video. That never turns off. You have to find that balance. We have found it now, but that balance can be thrown off a bit as the family grows. My daughter is teething now so I'm working less. Family comes first, but I always joke about that. My community is my family too!"

That community keeps growing. Even as Jon continues to grow his brand, he also keeps the humility of a small channel and still makes the time to read every single comment on his videos, which averages roughly 500 comments each. He says it’s what keeps him grounded.

"Some of my comments are really touching," Jon explains. One person said, 'I just wanted to let you know that I've been watching you for a couple years, and when I watch one of your videos, I just become happier.' Something as simple as that makes me take a step back as a content creator and take a pause. That guy, whatever is going on in his life, one of my videos gave him a smile that he's not getting in his life. Then you start noticing more of those; more than five, more than 20, possibly more than 100. That's insane! It makes me pretty emotional. And that's where I sort of check myself. I might be doing this for the drive and the daily videos. I’m having a good time doing it but this could be something more for someone else. And that's what I love about content creation."

Connection, positivity, energy, entertainment. Those are the pillars of JonSandman's channel that continue to support a community of over a million and counting. The grown up theater kid has found his stage.