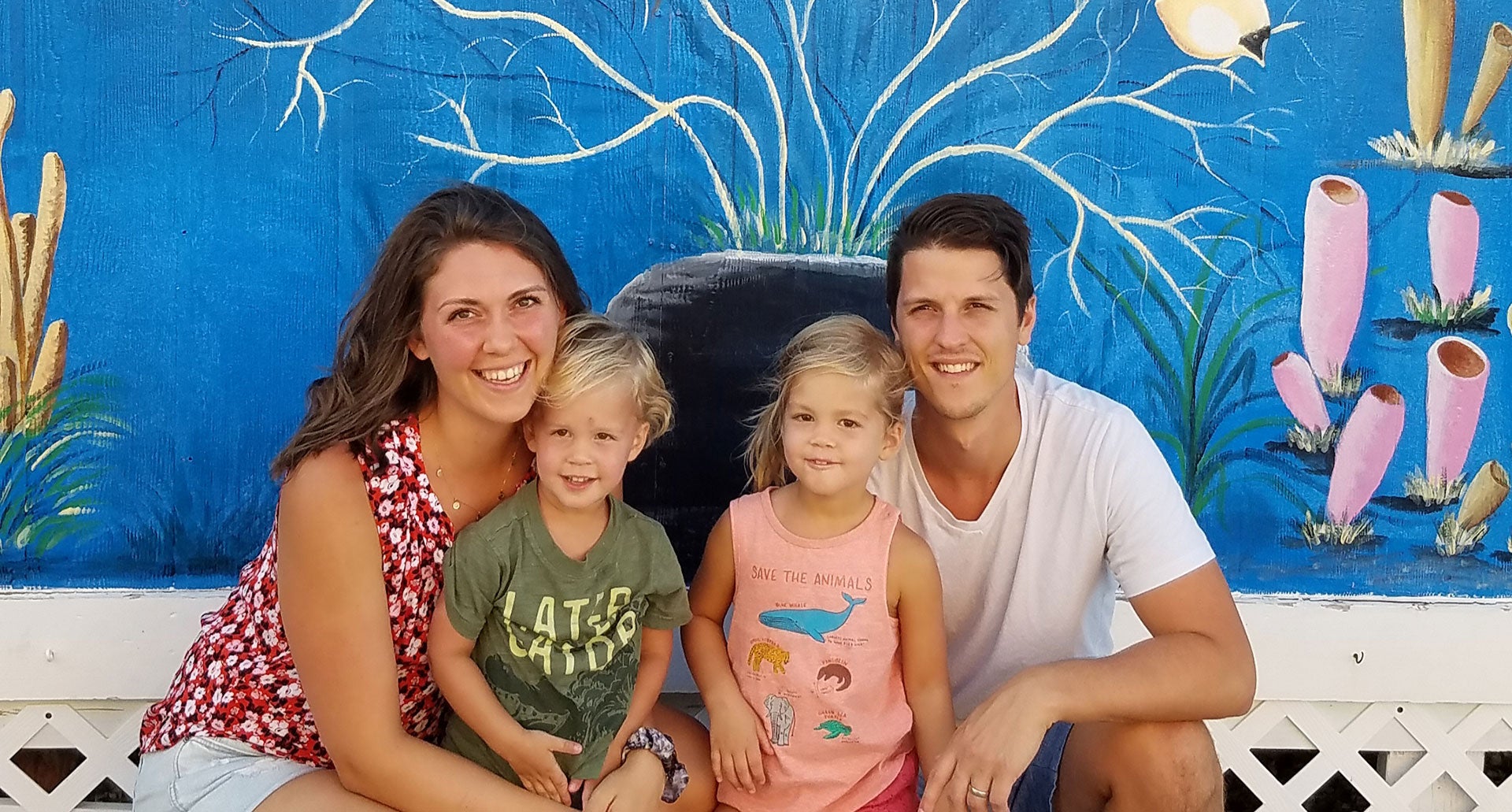 Life can be as difficult to predict as a hard shot to the corner in Rocket League. You can do your best to prepare, but you have to stay on your toes and get ready to make adjustments. That's what the popular Rocket League YouTuber, FLuuMP, had to do when he decided to change careers and launch his channel well into his adult years.

FLuuMP, who goes by Brett McGranahan in his everyday life, was never a gamer. So of course, he never planned on making his living from videos that revolve around a single video game. Brett's path was shaping up to be straight and narrow. As a middle child of five kids who grew up in a small town in Iowa, he went to college after being homeschooled to pursue a career as a professor. After graduation, he married his longtime girlfriend, Audra, and decided to attend grad school. With video games nowhere on his radar, Brett was checking off all the traditional boxes of higher education and family life.

"I was in grad school for a year in Massachusetts," Brett recalls." Then I realized that getting a PhD and becoming a professor was super competitive and probably wasn't going to happen. Audra and I found out we were pregnant too. So, it was time to start working and stop going into debt."

At that point, Brett's career was all but cemented with his stable 9-to-5 job and a family on the way. But, he is a creative person and sometimes creative people are waiting for their spark to ignite something bigger. He was visiting home back in Iowa for the holidays and his brother-in-law said that he had to play a new game called Rocket League. Like most first-time players, he was admittedly horrible at it. Even with his early struggles, it was the first game to ever hook him.

"I went back to North Carolina and started playing 2v2 split screen with one of my friends on his PS4. Then I started playing on my own with a crappy $300 laptop that wasn't meant for gaming, getting like 35-40 frames per second on the lowest settings." Brett laughs. "It looked terrible, but I was still having fun."

Brett found his passion and turning it into a career was within reach. Fast forward a year. He had a daughter with another child on the way, and made another recent career switch as an insurance agent with a move back to Iowa. Meanwhile, Rocket League was still a constant. Juggling professional life, home life, and gaming was stretching him thin. He was waking up at 5 a.m. just so he could play and try to climb the competitive ranks before heading into work while his family slept. He knew he wanted to make his love for Rocket League into his career. The goal was to be self employed, and YouTube was the avenue that could give him that freedom. It wasn't the most opportune time, but he started working on his channel just two weeks after his son was born. Having no previous video editing experience, he had to learn the ins and outs of the platforms, all while coming up with compelling Rocket League content.

"I decided to stop playing in the morning, and start figuring out how to make videos," he explained. "I took the two hours in the morning that were reserved for Rocket League and started learning about editing, which also bled into my evenings. Every day, I'd work on videos in the morning, go to work all day, come home and spend time with my family, put the kids to bed, and then do more YouTube work until I crashed. I was going to bed at 12:30 a.m. and then waking up at 4 or 5. I was obsessed with what I was doing, even if that meant a crash here and there throughout the day."

That's when Brett became "FLuuMP," a name derived from an inside family joke. Even with his non-stop schedule, he says his wife was unbelievably supportive throughout the process even if she never thought a full-time job would materialize from it. Outside of his core family, he didn't want to tell anyone what he was doing. "I only wanted to be able to show them when I could prove it was viable," he said. "It wasn't going to relate to any of them, so I wanted to wait until it was successful to tell them about it." 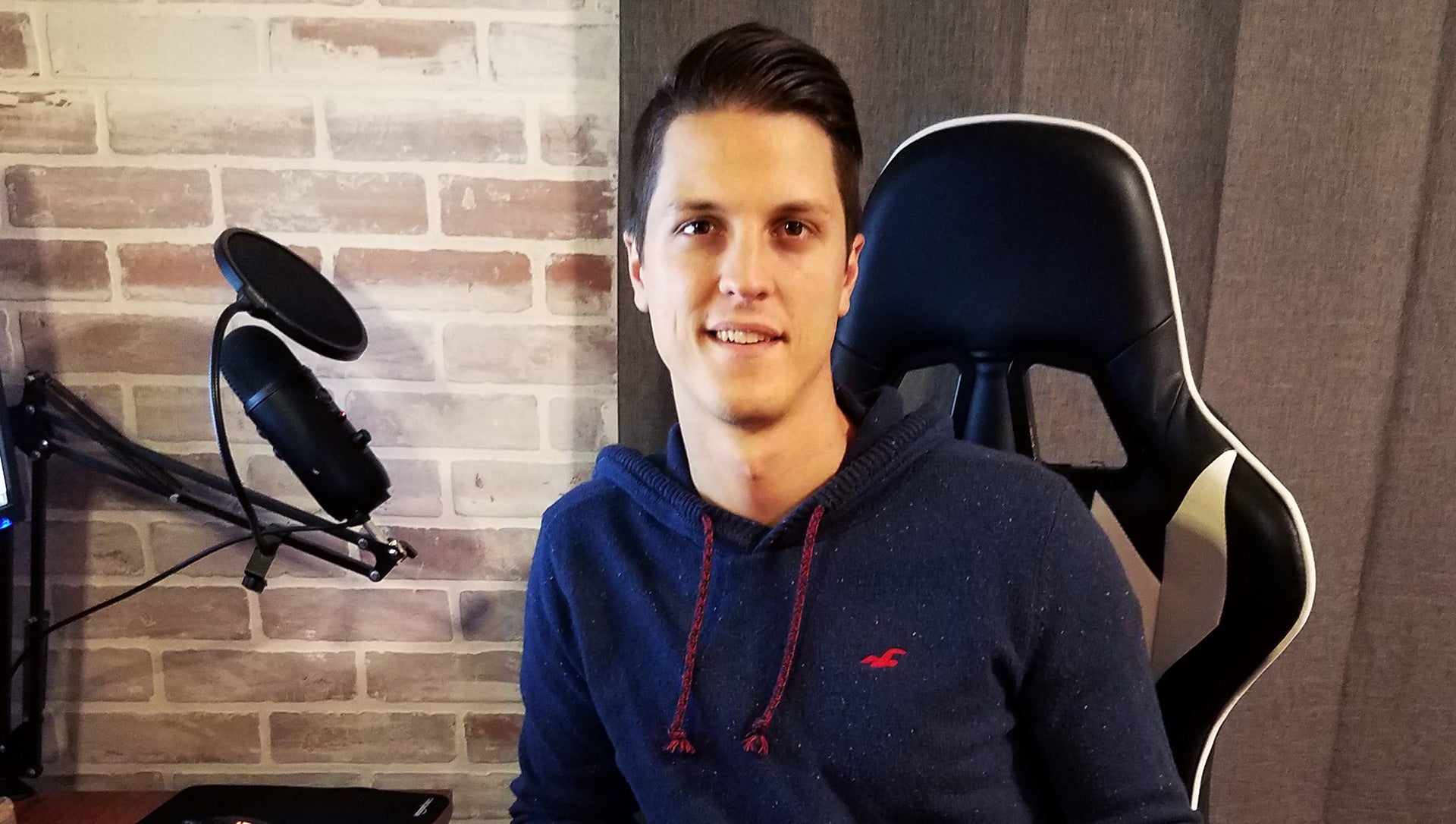 That success came sooner than even Brett expected. Roughly a year after launching his channel, his income from YouTube began to eclipse his paycheck as an insurance agent. Making the jump to full-time content creator wasn't just scary because he was giving up a steady paycheck. He said that it was more difficult trying to explain to his employer why he was leaving.

"I live in a town with about 6,000 people. My career path is far from conventional," he said. "The people I worked with had no idea what content creation was. My boss made the announcement to the 7 or 8 people I worked with and it was met with some blank stares and questions. They were cool about it, but nobody understood it."

Even with his office job behind him, Brett is still juggling today. His 2 and 4-year-old kids are home throughout the day with Audra, and that's when he's creating most of his content. The key is keeping a schedule. He wakes up to work out, followed by breakfast and time with his kids. Then, it's off to edit in his bedroom, which converts into his office by day. Even though he's working, life doesn't stop around him. Sometimes the kids need to be tended to, or his wife needs a hand. Brett says that comes with the territory, and that he's glad he's able to be around rather than away at an office all day.

When your work is your hobby, it can be difficult to pull yourself away from it, and Brett says his biggest struggle is unplugging.

"It's so hard. I'm so bad at managing that. I've thought about deleting the YouTube Studio app that shows views and analytics. It's just a problem," Brett laughs. "It's 'checking the analytics.' That's what my wife and family always say to give me a hard time. 'Oh, he's checking the analytics.' When a video isn't performing well, it affects my whole mood. I'm trying to be better about it."

Brett gives his channel constant attention, which is how he's amassed a subscriber base that is approaching 250,000 and features several videos that have surpassed a million views. His style is broad, ranging from Rocket League Esports analysis, the game's history, and tutorials, mixed with some creative fun. He's even able to get his family into the spotlight. One video features his daughter learning how to play Rocket League, and Audra guest starred in a video from SunlessKhan where the wives of the popular YouTubers faced off in a 1v1 duel.

The continued growth of FLuuMP's channel is much like his development as a Rocket League player—it was a new world to him, but he put in the work and went all-in. That hard work earned him a shiny and respectable Grand Champ Rank and one of the most popular YouTube channels in the community.