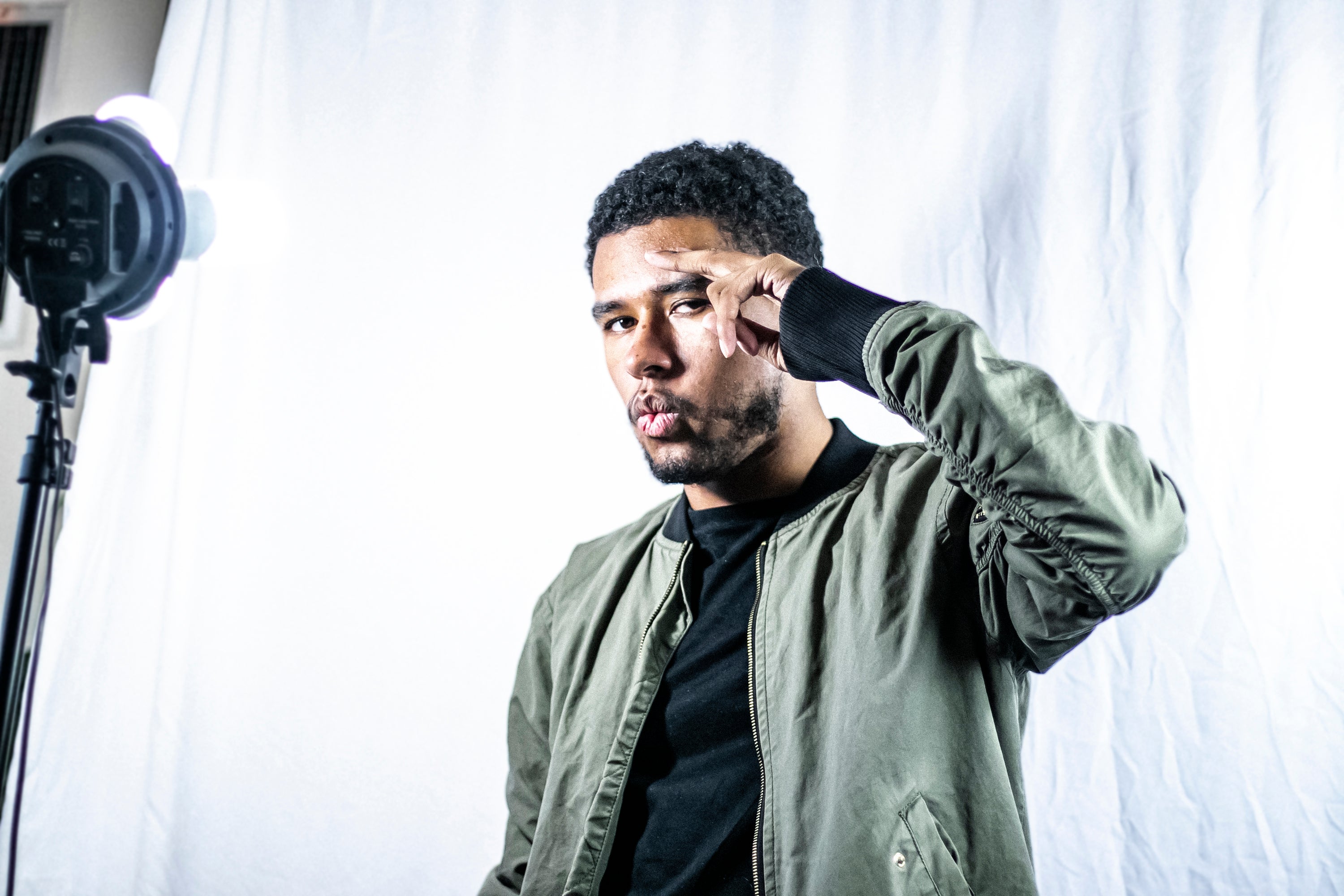 Rocket League Esports is on full display each weekend throughout the Rocket League Championship Series (RLCS) X. From the high-flying action on the field, to the comebacks, to the rivalries and ever-changing standings, there's a lot for viewers to digest. That's where a key ingredient comes into play—the commentary. The voices of competitive Rocket League keep viewers engaged with knowledge of the game, and swell their excitement when an overtime goal bangs into the corner of the net or a comeback story comes to fruition. Remove that ingredient, and you're stuck with a lifeless broadcast.

One of the people who keeps that electric excitement high is Demar Williams who's better known as "Dazerin" or "Daz" for short. Throughout the history of Rocket League and its esports ecosystem, Dazerin has turned the craft of commentary into his passion, and has graduated from his days as an up-and-comer in community tournaments to casting Collegiate Rocket League (CRL) and a part of the ELEAGUE commentary crew in this season of RLCS. The 24-year-old from Chicago has been a longtime gamer going all the way back to playing the Sega Genesis with his dad. That transitioned into consoles like the PlayStation 3 and Xbox 360 where he first discovered competitive online games and his love for esports.

"There've been a number of games that I really got into competitively, but Gears of War was the first," says Dazerin. "I was on a Gears of War 2 team and we were pretty good, but it was still before the game's esports scene really developed. It was that and Call of Duty: Black Ops. My friends and I were doing MLG and GameBattles back in the day. That's where it started and I've always been drawn to competitive games like that."

Then, 13-year-old Dazerin discovered Supersonic Acrobatic Rocket-Powered Battle-Cars. It was the third game he owned for the PS3 and he and his friends never put it down. Fast-Forward to 2015, when they picked up Rocket League as soon as it launched. Today, Dazerin is one of the most skilled players out of any of the RLCS broadcast talent, boasting more than 8000 hours logged in the game and an impressive peak MMR of 1850. But it takes more than just Rocket League skills to step into the broadcast booth to begin a career as an esports commentator. According to Daz, the jump to commentary happened by accident.

Before commentating became the goal, Daz wanted to pursue a career in hip hop. He grew up around the music industry with his father working for Sony Music under A & R (artists and repertoire). Right out of high school, he and his friends started writing and producing.

"We had that drive to be up and coming music artists. We were going through the motions of trying to get our music out there. We did shows at, like, a library because we were still too young to get into clubs," Daz laughs. "I was always into being creative and being in an entertainment environment." Daz hasn't performed or produced in years, but says he still has songs out there on SoundCloud.

His knack for performance and interest in video games led him to commentating. He started with community-led Rocket League tournaments back in 2016. From there, he was on a mission to get his name out in the community, so he tried to join any community tournament that would have him. His notoriety spread, but the grind was also about honing his craft of commentary.

"There were so many community tournaments all over the place. I saw how vast the community was getting and I wanted to be in a little bit of everything, Daz recalls. "I still have my original demo reel. I was pretty nervous when I started and, in my opinion, it's pretty terrible watching it now." He adds that those nerves took a lot of work to overcome. "I'm actually surprised I was finally able to get over it. For a long time, I'd have to go to the bathroom before every event to psych myself up and get all the nerves out."

Over time he honed in on improving in the booth, and was eventually offered a spot casting for CRL. Last month, he joined the ELEAGUE broadcast team for RLCS X, and it's far from the easiest season to join the broadcast. Commentators thrive on the back-and-forth banter of their broadcast partners during matches. Due to Covid-19, RLCS X action has been 100% remote, with the talent tuning in from their homes to call the series. "It was really difficult at first," Daz explained. "We rely on eye contact or cues from our partners to immediately jump in after they make a point and keep the conversation going. That's hard online, but we've been working through it and making the broadcast the best it can be."

He's making the most of his opportunity, and looks up to a lot of the talent that he's alongside. He says the biggest challenge is keeping up with them. "I'm surrounded by so much great talent on RLCS X, and I want to be on par and stand next to them, and make them proud every time I go on. I want to make each cast better than my last."

Despite his work with ELEAGUE and RLCS X, Daz hasn't abandoned his roots in the community. He's particularly proud of organizing the community tournament earlier this year called Codename: Covert. This was NRG Esports' first tournament and win after adding Mariano "SquishyMuffinz" Arruda. "In the overall RL Esports, it was a smaller tournament, but the way it was conducted felt like it was the biggest thing that happened at the time," said Daz. "A lot of people still talk to me about that tournament and how it was their favorite community tournament." 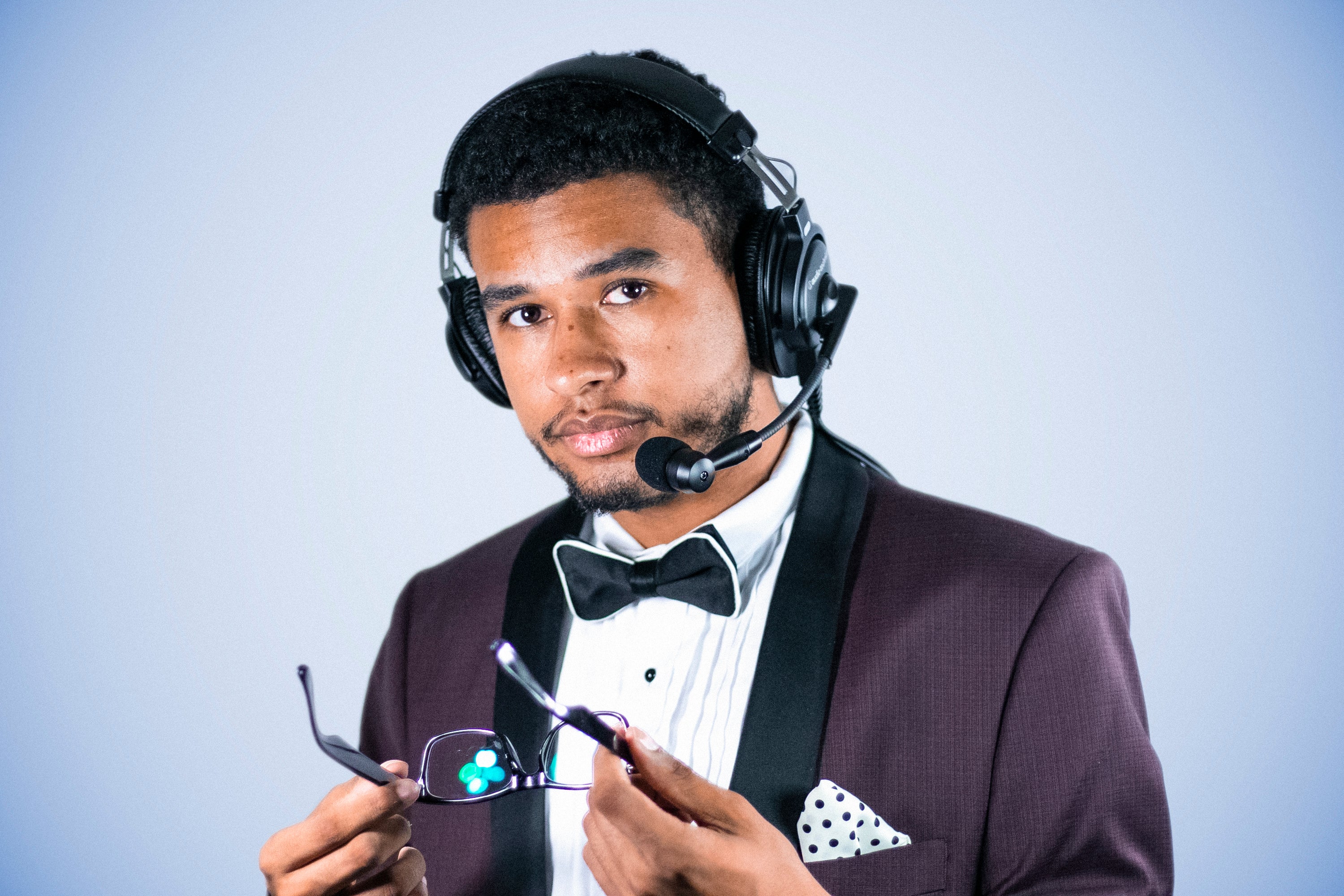 Dazerin is calling RLCS each weekend, and still has to balance with his job during the week, but even his 9-to-5 job calls for video game knowledge. He works for Netherrealm Studios (Mortal Kombat, Injustice) in QA testing. A full schedule doesn't leave much time for hobbies, but Daz consistently streams on Twitch with his remaining free time. He adds that Netherrealm is incredibly supportive of his work on Rocket League, and even want to see his broadcast clips.

His schedule may be packed, but Daz finds motivation from the close friends he had before he joined the Rocket League Esports talent pool. Even though he doesn't get to see them that much anymore because of his work, they always send words of encouragement.

"I always think about how my friends and I would watch esports, and dream about being on that screen and how it seemed so out of reach at the time," Daz says. "Whenever I go on a broadcast, I feel like I represent that part of my life and it gives me a great sense of pride to have the opportunity to do this. I just want those people to know that I'm always thinking of them even though I can't speak to them as often as I'd like to."

Dazerin traded his drive to be one of the best at video games, and applied that same effort to the craft of analysis and commentary. He worked throughout the years and now calls the matches of the best players in Rocket League. To anyone trying to follow that same path, Daz has this bit of advice: "Look to the community. That's what most of us did. Get involved with those smaller groups and build those connections. The Rocket League community is a very welcoming one. There's plenty of room for new talent."