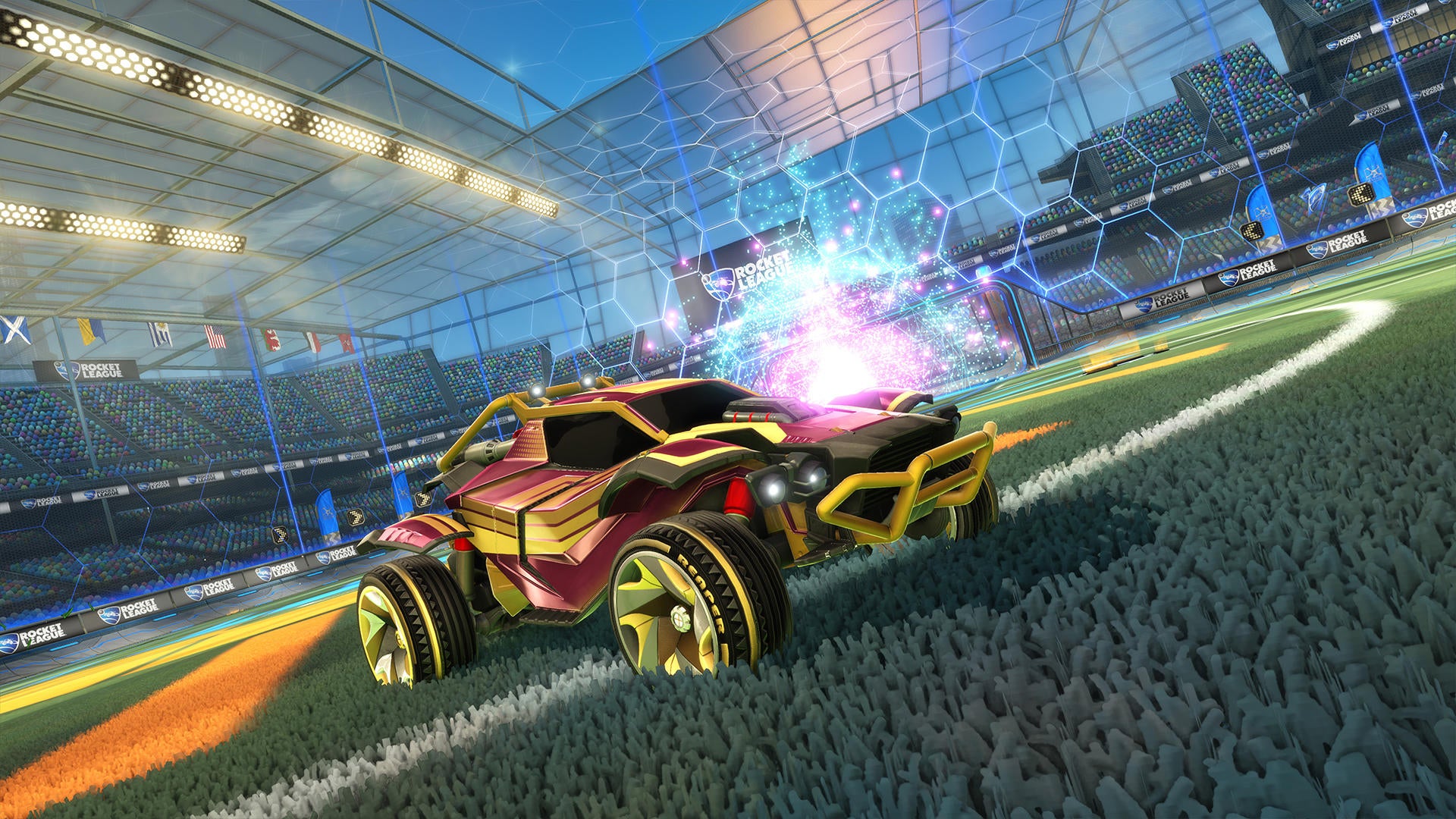 The end of 2018 is nearly upon us, which means that it's time to reflect back on the year’s achievements and see how we can make Rocket League even better. So in this Community Spotlight, let’s look back at the moments that defined us, the new discoveries we made together and a featured look at the top Custom Training packs of 2018!

Reflecting on An Amazing Year

2018 was a big year for Rocket League. We reached some amazing milestones - including 52 million players worldwide, 37 million Custom Training packs downloaded, 1.7 million Clubs created, and 3 billion online matches played! From Tournaments and Ranked Extra modes to Rocket Pass 1 and 2, Salty Shores and a T-rex goal explosion, Rocket League and its community have grown quite a bit this year.

As the community grew this year, so did some of its brightest stars! Gibbs and SunlessKhan opened their arms and minds to help us with replay analysis, while redditors u/HelvetiaGaming and u/HoraryHellfire2 defined entirely new skills like the ‘Heljump’ and ‘Ceiling Shuffle.’ But the content didn’t stop there; channels like Rocket Science, FLuuMP, Jon Sandman, and PhantomAce gave us a constant source of random fun, in-depth Rocket League analysis, and even brand new mechanics! Over on the subreddit we were “blessed” time after time by the Wet Art Man himself, demo'd by u/sledge98, and balled on by u/amustycow; not to mention the other 450,000-plus subscribers who shared their highlights and ideas with us every day. And how about the new kid on the block? The Rocket League Discord server finally set its status to official and reached over 85 thousand users -- and counting! All-in-all, the Rocket League community has a lot to be proud of. We can’t wait to share 2019 with you all! 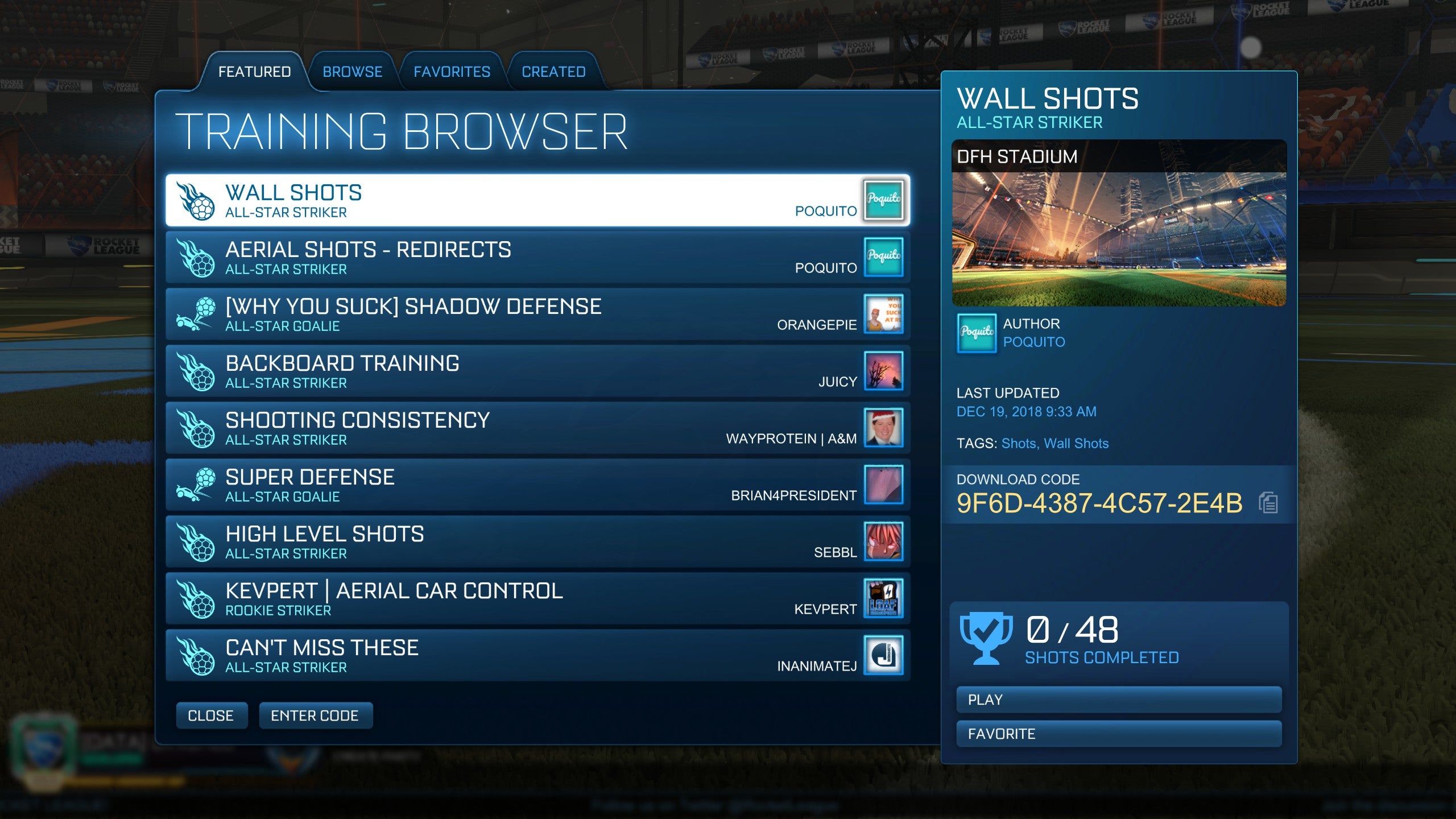 Since the start of 2018, nearly 100 Custom Training packs have made it to the ‘Featured’ tab, enjoyed by Rocket League players all around the world. Each pack has helped us (and you, we hope) confidently hit the pitch every day with new skills and mechanics. While we normally pick a new 'Featured' list each month, we thought it would be nice to celebrate the best of the best in 2018, so here we go!

Right at the top is Poquito’s ‘Wall Shots,’ which is a perfect practice pack for learning how to read the ball as it comes up the wall, how to freestyle, or even how to set yourself up for double touch backboard shots. Up next are two defense-minded packs -- `Shadow Defense` and `Super Defense` -- which are perfect for shadowing the ball for saves and tight angle blocks. If you need to ramp up the difficulty, both `Backboard Training` and `High Level Shots` are perfect for wall reads and securing fast-paced, precise redirects. There’s a training pack for every level of skill, so don’t be afraid to try one out!

Check out our previous Community Spotlight to relive some of Rocket League’s most unforgettable moments and our previous list of ‘Featured’ Custom Training packs.

What did you take away from 2018, and what are you looking forward to in 2019? Let us know on Twitter, Discord, the subreddit, or Instagram for a chance to make it into the next Community Spotlight!