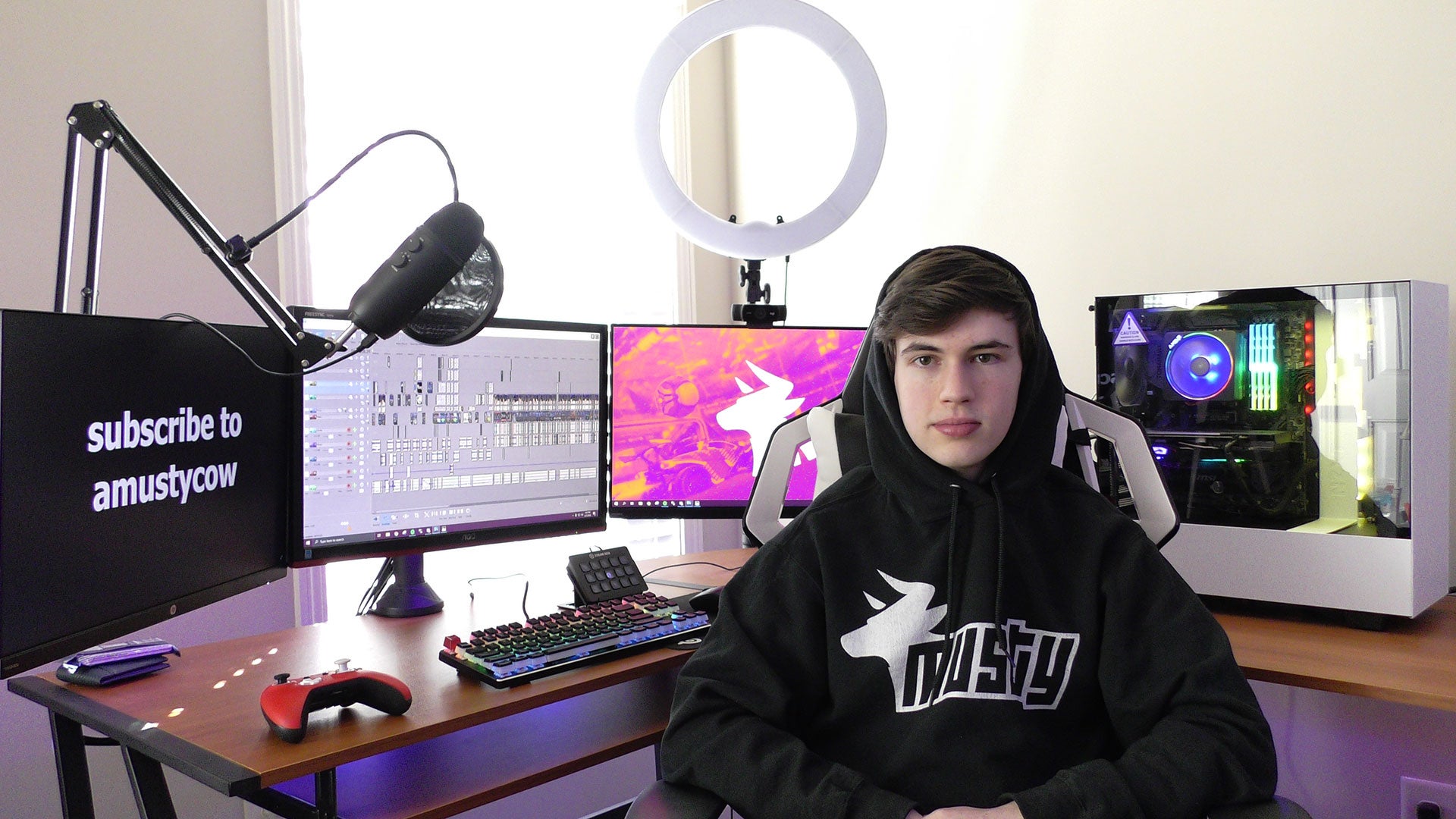 There aren’t many content creators who share a name with a Rocket League trick reserved for elite players. Every time someone shares a sick clip of a Musty Flick they pulled off in a ranked match, they have amustycow to thank. The 19 year old from Atlanta is in the upper echelon of Rocket League YouTube creators, and it happened in part by a top notch work ethic. But, it was a serious injury during high school that paved his road to Rocket League.

amustycow (Musty for short, or Wyatt as those close to him call him) was a model high school student. He carried a 4.0 GPA, and made the varsity soccer team as a freshman. Even though he excelled in school, there wasn’t a subject that he loved, which made for an unsure career path.

"I never knew what I wanted to do, or what college I wanted to go to," Musty recalled. "My parents told me that it was normal to not know what to do, but all my friends were planning and filling out college applications. That's when it got surreal for me. I was like, 'wait, I literally have no idea what I want to do with my life.'"

Musty continued to do well in school, and went through the motions of traditional education. Then, in 2016, he suffered a serious concussion playing soccer. This was his second concussion, which amplified its severity. He missed two months of school because of it, and that was only part of his struggle to rehabilitate.

While he was stuck at home trying to get back on his feet, he turned to video games. He and his two brothers enjoyed gaming together, but it wasn’t one of his huge passions. He played the FIFA and Call Of Duty Series, and just dabbled in Rocket League at that time. Screen time isn’t recommended for someone recovering from a concussion, and Musty's mom didn’t like the thought of him playing Call of Duty: Black Ops for long periods of time due its violence, so they compromised on Rocket League for short play sessions.

"Dealing with post-concussion syndrome was one of the worst things to happen in my life. I couldn't sleep for weeks," Musty says. "It was near when Rocket League came out on Xbox. That's really how I got into the game. It was almost a miracle. Maybe if I didn't have the traumatic experience, I wouldn't be where I am today. I think about that a lot."

After a full recovery from his concussion, he didn’t want to risk further injury with soccer, and Rocket League became the competitive replacement. That meant striving to get better – six-hour sessions in Free Play, grinding Ranked Matches, and sharing clips on Reddit.

"I would play free-play for like six hours a day, trying out different flicks and mechanics, and watching tutorials on YouTube. At the time, I was just trying to get as good as that Squishy Muffinz guy," he laughs. "I was really trying to become a pro, because that's all I knew. I thought that was the only way to achieve success in Rocket League. I didn't know there was any money in YouTube content creation."

Then, in 2016, all that time in Free Play paid off. He posted a flick he was working on that took the community by storm. Nobody had seen a maneuver like that before, and it was getting the attention of high level players on Reddit. A new move needs a new name. When someone asked what it should be called, Musty jokingly replied with his own name. After that, the Musty Flick was born.

That move helped pave his way for a career in content creation. The community wanted to know how to pull off this new move, so the next step was to upload a tutorial video. It was the very first video on his YouTube channel, and the beginning of his channel that recently passed the 500,000 subscriber mark. It started it all, but it's one video that he hates to revisit.

"It's embarrassing," he says. "It's so monotone. I can't even watch the Musty Flick Tutorial anymore. I leave it up there so people can see how the channel started, but it's just so bad. Getting better on mic, and adding my face camera to the mix was a process. I had to learn to get confident in my voice. It's all stuff I had to learn along the way." 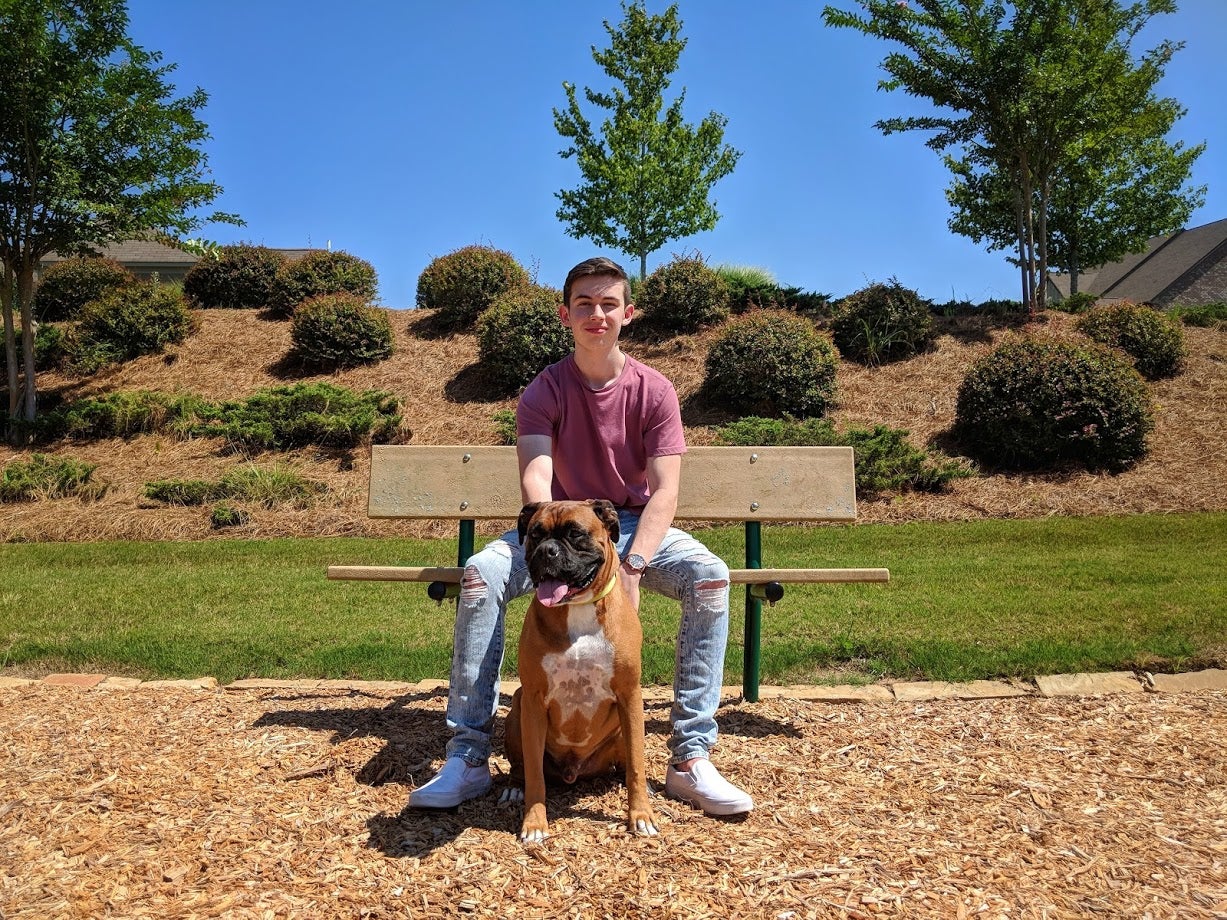 That's just one of the things he had to teach himself. When he was just starting to get the channel off the ground, he had to learn how to properly capture high-quality clips and how to edit the clips into an entertaining video for YouTube. That process was anything but quick. amustycow considers himself a perfectionist, but that meant spending dozens of hours on a single video, and that's not even including time spent practicing.

"At first, when I was learning how to edit, I didn't have time for anything else. It got to the point where I was doing like back-to-back all-nighters just to get one video out. It was super unhealthy. Now, most of my videos take between 15 and 30 hours to make, but I'm starting to get my time management figured out. I'm setting a schedule for myself, and now I'm able to throw Twitch into the mix.

Even when amustycow isn't capturing content, editing, or streaming, he's still playing Rocket League for fun. He says he doesn't have much of a social life now since his close friends from high school are away in college. But, he wouldn't have it any other way. His new passion is the combination of his favorite game and content creation. He strived to improve on the soccer field, but now his love for competition has been channeled elsewhere. Now, he's his own competition. The result: a YouTube channel that is consistently on the rise.

"It's really about competing with myself," he explains. "It's about making better videos, wanting the next month to have more views than the last month, working harder to make better content. I love coming up with new ideas and watching those ideas take shape. I'm trying to take my content to the next level."

You can keep up with amustycow on Twitter and check out his videos on his YouTube channel.