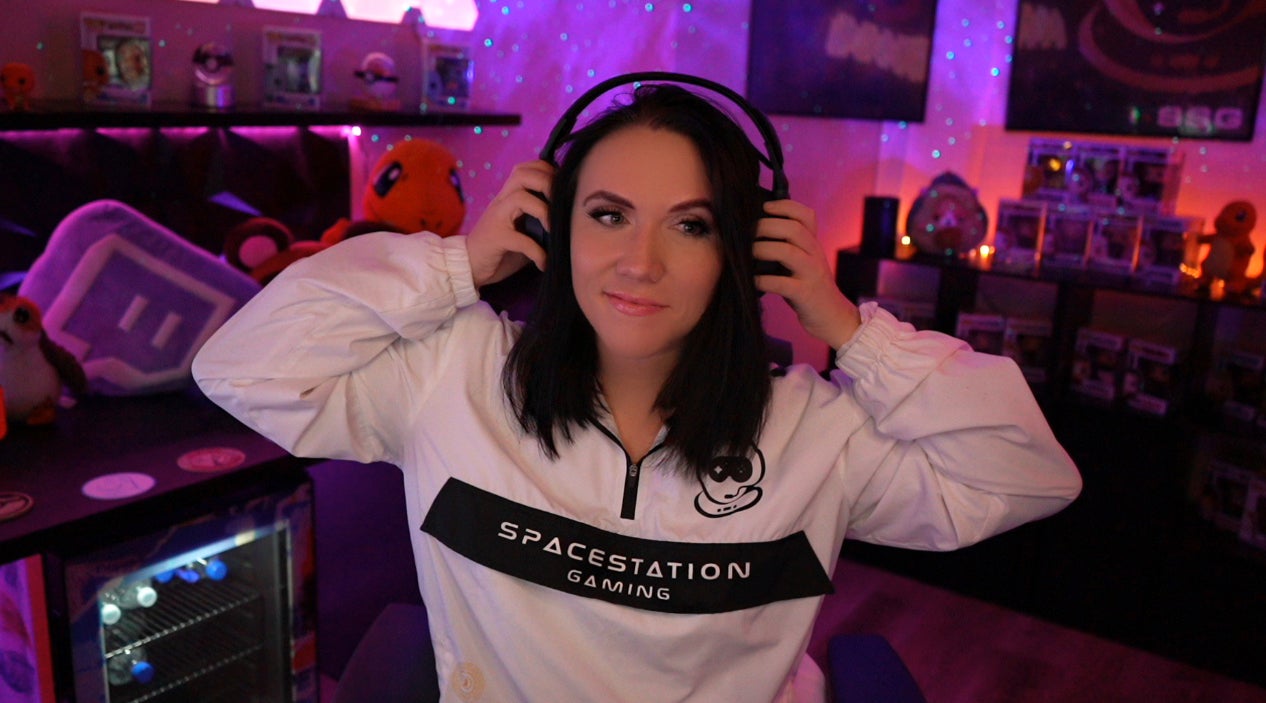 What happens when you stream every single day for a year? One of the brightest rising stars in the Rocket League Community, Widow, is on the verge of finding the answer to that question. You may have seen her on her Twitch Channel where she goes live every single day, or perhaps when she was featured on a recent Twitch Rivals stream. It also could've been when she hosted a stream from DreamHack earlier this year. Widow seems to be running on unlimited boost, and that tank is kept full by her drive and an unparalleled passion for streaming.

It's safe to assume that a content creator would take small steps toward this level of output, but Widow (who goes by MJ when she's not live) went from a place where video games weren't allowed to playing them for a living in front of thousands of viewers. During grade school in her home state of Kentucky, she was diagnosed with ADHD. Despite growing up playing games on the GameBoy and GameCube, her parents thought video games would just be an unwanted distraction. It was only once she went to college when she was able to pick them back up again.

At the time, Widow took what she calls the "safe path" attending a college in her hometown and studying marketing while she figured out what she wanted to do professionally. That lasted two years before she impulsively dropped out and packed her bags for Los Angeles.

"I moved to LA because I wanted to get into acting and writing, but I never got the opportunity to do any of it, and suddenly I had to be able to afford living in LA," Widow laughed. "I started doing marketing and social media for some startups. They were looking for someone with a little experience and who knew how to use social media. One thing led to another and I started working marketing jobs."

Marketing took her around the world from Los Angeles, to London, to Manchester, New York City, and even back to Los Angeles. Widow was on the move, and stayed on that path for six years, but says never found it to be fulfilling. During that time, she turned to video games as her outlet.

"I was really stressed from work, so I was always gaming when I got home," Widow said. "I was playing games like Injustice and Mortal Kombat. One of my friends introduced me to Fortnite too. I was starting to get interested in streaming, and one of my roommates at the time dabbled in it a little bit. I was gaming anyway, so I just tried it one night."

The setup for Widow's inaugural stream was modest. It was an Xbox One and a folding chair with no mic or camera. She downloaded the Twitch app and went live for the first time on December 7, 2018. The original name was "Black Widow" (a nod to her love of Marvel). Then started the learning process of learning how to actually stream.

"I remember one person came in and asked me if I was new. I realized I had no way to communicate with them," she said. "I had to use my phone to hop in my own chat and talk that way. Then I forgot that I still had to play the game. It took this one person coming into my stream that sent me on this obsession of getting my stream off the ground. I wanted to do everything I could to just keep improving. I want to talk to this audience and make sure they have fun and want to come back."

Her setup quickly grew along with her love of streaming. She incorporated a Kinect as a camera and a headset to chat with her viewers, all while she still juggled her marketing job at the time. The schedule was packed. She worked all day, came home, got ready for her stream, and went nonstop from 10 p.m. to 4 a.m., and then repeated the process the next day. Just as she started really loving streaming, life took her to a crossroads.

"I was getting ready to fly home for Christmas, and work told me they needed me to stay," Widow explains. "I was working for a startup based in Thailand, and on the morning of New Year's Day, they sent us a message that they were shutting everything down, and that we were essentially laid off. So I'm in Los Angeles, jobless, and I just started streaming. I figured, why not just 'full send' it?"

With no more 9 to 5, Widow was committed to her stream. She started learning the ins and outs of the streaming community through a mix of trial and error and some Discord communities. Having just lost her job, she had to be frugal with her purchases, so she leased a gaming PC to try to step up her streaming game. She started streaming 10 to 14 hours a day, and got affiliated on Twitch just two weeks later. Her channel was growing, but growing slowly. She was on the hunt for a new game. That's when she discovered Rocket League. Someone from one of the Discord servers she was a part of started streaming the game.

"I pulled up the stream, and it was the stupidest thing I'd ever seen," Widow laughs. "My first introduction to Rocket League was Rumble. There were powerups everywhere, nothing was making sense at all. I was so confused, but also intrigued. After I stopped watching, I couldn't stop thinking about the game and how much fun they were having with it. So I decided to start streaming it the next day."

Widow says Rocket League was the start of her channel building a real community. Like all players, she was terrible when she first picked it up, but her viewers were ready to help.

"I put 'First Time Playing Rocket League' in the title of my stream, and a bunch of people started coming in and coaching me. I think I played through every single placement match in the different Playlists in two days. I wanted a game to play with people, and I wanted my viewers to be engaged. It was the greatest feeling to me in the world and exactly what I was looking for." 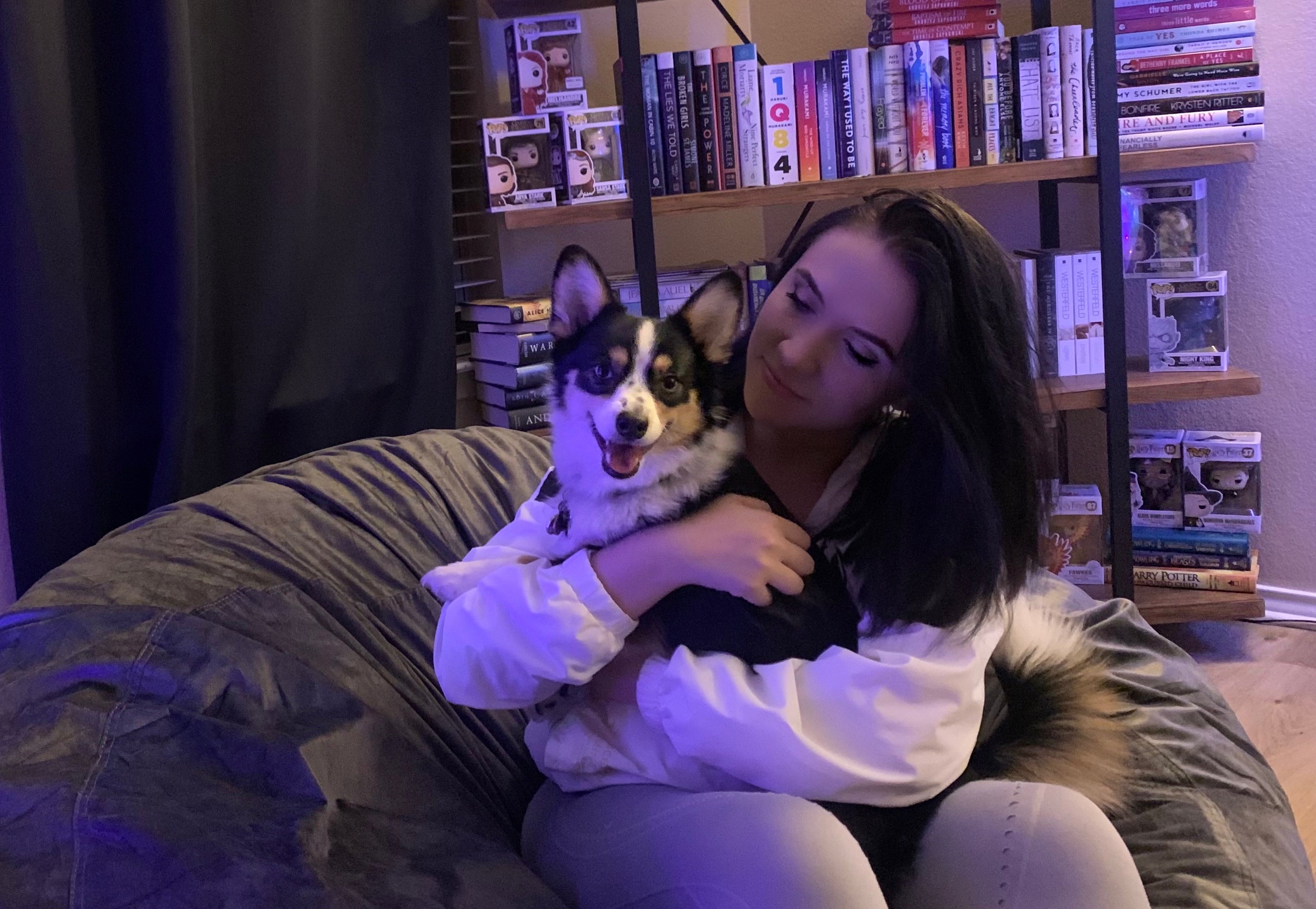 Widow had her game of choice, and her newfound obsession of streaming. It was when those two forces came together that she started to increase her output level to new heights. She started to make a name for herself within the Rocket League Community as someone who streamed the game literally all day. That eventually evolved into challenges like streaming 100 hours a week. At the time of writing this Community Spotlight, Widow is 45 days from becoming the first female Rocket League streamer to stream every day for an entire year. A challenge that grueling comes with its share of obstacles, like streaming when the internet goes down, streaming in the middle of a move to a different state, and general burnout.

Widow used IRL streams to replace Rocket League during her move to Austin where she resides in her new streamer house with a group of content creators, including with her boyfriend and fellow Rocket League content creator, Ranny, and their two dogs Rocket and Sora. She even had to stream the day she underwent surgery. Widow says the positives from the challenges always outweigh the bad days.

"I always hit burnout. I get tired and exhausted and definitely didn't want to stream after surgery," Widow admits. "But, every single step of the way has been worth the burnout for me. I'll be the first female Rocket League streamer to do the one-year challenge, and Ranny was the first male to do it. I went from 12,000 followers to more than 28,000 followers, and hit 2000 subs for the first time. I became a content creator for Spacestation Gaming. So much has happened, and it's all because of Rocket League."

Channel growth and challenges aside, Widow has found a new motivation for streaming: personal growth. She credits her hours spent in front of the camera as having a major impact on her social skills.

"Streaming gave me the self-confidence I never had," she explains. "I didn't really have friends in high school. I wasn't a really social person. I'm slowly becoming comfortable in social situations, but there's a sharp contrast between how I handle being around people before I started streaming and how I do it now. Streaming made me comfortable talking to people."

A streamer on the rise, knocking out ridiculous content goals, and growing on a personal level while accomplishing all of it, Widow has never looked back at her past professional life. She's fully embraced her new life as a Rocket League content creator. The advice that she gives to others looking to emulate her success is not to emulate her at all. Instead, Widow says that everyone needs to find their own passion in streaming.

"The biggest advice I can give anyone is don't compare yourself to any other streamer. You'll always be disappointed. They're going to have better streams then you, or you're going to have rough days. Be yourself and figure out who you are as a streamer, and then go from there. Streaming is something that I think anyone in the world can try. Take it from someone who was 26 years old when they started, worked in marketing, and didn't have a single person say they thought I'd be a good streamer. I just tried it and loved it. If it's for you, then it's for you."

Widow's success came from hard work and dedication, but she credits the Rocket League Community for much of that success. "I want to thank the Rocket League community for changing my life. I met my best friends, my boyfriend, my organization, and even found myself. Every single success is because of the game and its community."

You can watch Widow complete her one-year challenge on her Twitch channel and see her clips on her YouTube Channel.