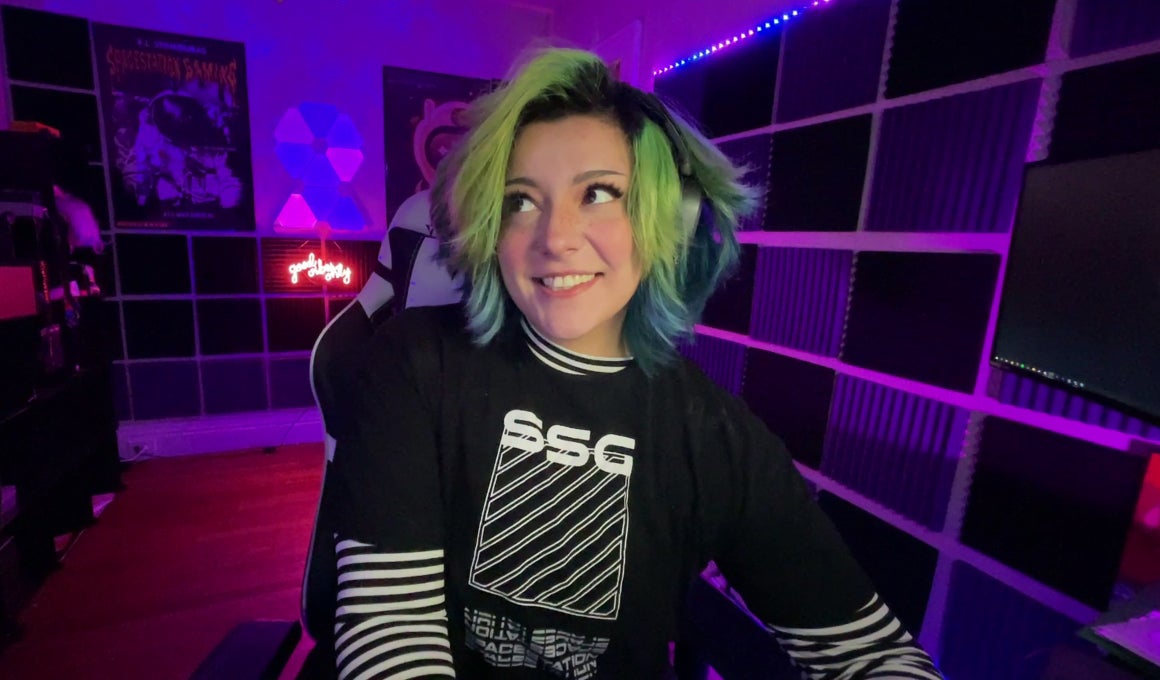 If you ask most Rocket League content creators for their best piece of advice for a hopeful streamer, the response is something along the lines of: "Just go for it." So there you have it — playing soccar 9-to-5 is as simple as picking up the controller and pressing "go live." If only that were true. But, that just might be what it takes to jumpstart an idea that eventually blossoms into a career. The strategy of just going for it is exactly how Rocket League streamer, Neato, got her Twitch channel off the ground.

You can watch Neato on Twitch on a regular basis as she streams Rocket League along with other popular games. On her channel, she strives to promote the same values she carries off-camera: positive vibes. Figuring out a way to carve her own path on Twitch and within the Rocket League community didn't come overnight, and neither did becoming a signed content creator for Spacestation Gaming. It started with a love of games, and a hint of indecision for a career path.

Neato, who goes by Camila with her friends and family, grew up outside Chicago. The 25 year old found passion in music at a young age while playing the bass clarinet, and thought that's where her career path was headed.

"I was a big band nerd," Neato said. "I thought I was going to become a band teacher, so that's what I started going to school for. But, I quickly got caught up in changing my mind. I didn't really know what I wanted to do. After that I ended up getting out of school because I wanted to figure out what I really wanted to do."

She attended Carthage College in Wisconsin to study music education, but the grind of studying rather than playing and performing led her to fall out of love with band. Neato didn't want her pursuit to ruin her first passion, so she shifted her studies to English, and then again to computer science. After a couple years of being unsure where college would lead, Neato opted to leave and focus on work until a passion was reignited.

In a way, Neato still managed to find her career in college since it's where she discovered Rocket League. She just didn't know it was where her path was headed.

"I started playing Rocket League during my first year of college. I came home from school and my friends were all hanging out and playing this new game called Rocket League. I had never heard of it before. I picked it up and immediately took a liking to it. I remember spending hours in the garage before I even started actually playing," she laughs.

Neato had an interest in the game, but no way to actually play it. Her friend had the PC, which was her only way to play Rocket League. Rather than always bugging her friends to play, she started saving for her own rig.

At the time, Neato was working as a shift manager at Starbucks after leaving school, and saving for her new PC. After buying a used graphics card, she bought the rest of her parts to build a fully functioning PC to play as much Rocket League as she wanted. From there, Neato dove head-first into the community—watching streams and playing regularly. Her new passion even led to a big step in her personal life. She met her fiancé, Kevin, while playing Rocket League. What started as a Rocket League match led to a Discord call. From there, they eventually met in person and hit it off. After a few months, Neato decided to make a big move from her home to Michigan with Kevin. She was there for a short time when she decided to make the jump to streaming.

"Kevin told me to just go for it," Neato recalls. "I wanted to take some time off of work because the new environment was stressful. Without Kevin and his support, and I emphasize this a lot, I wouldn't have been able to make that jump to streaming. He told me that I could focus on myself, and he'd even help if I wasn't able to pay bills at first. I was super lucky to have that." 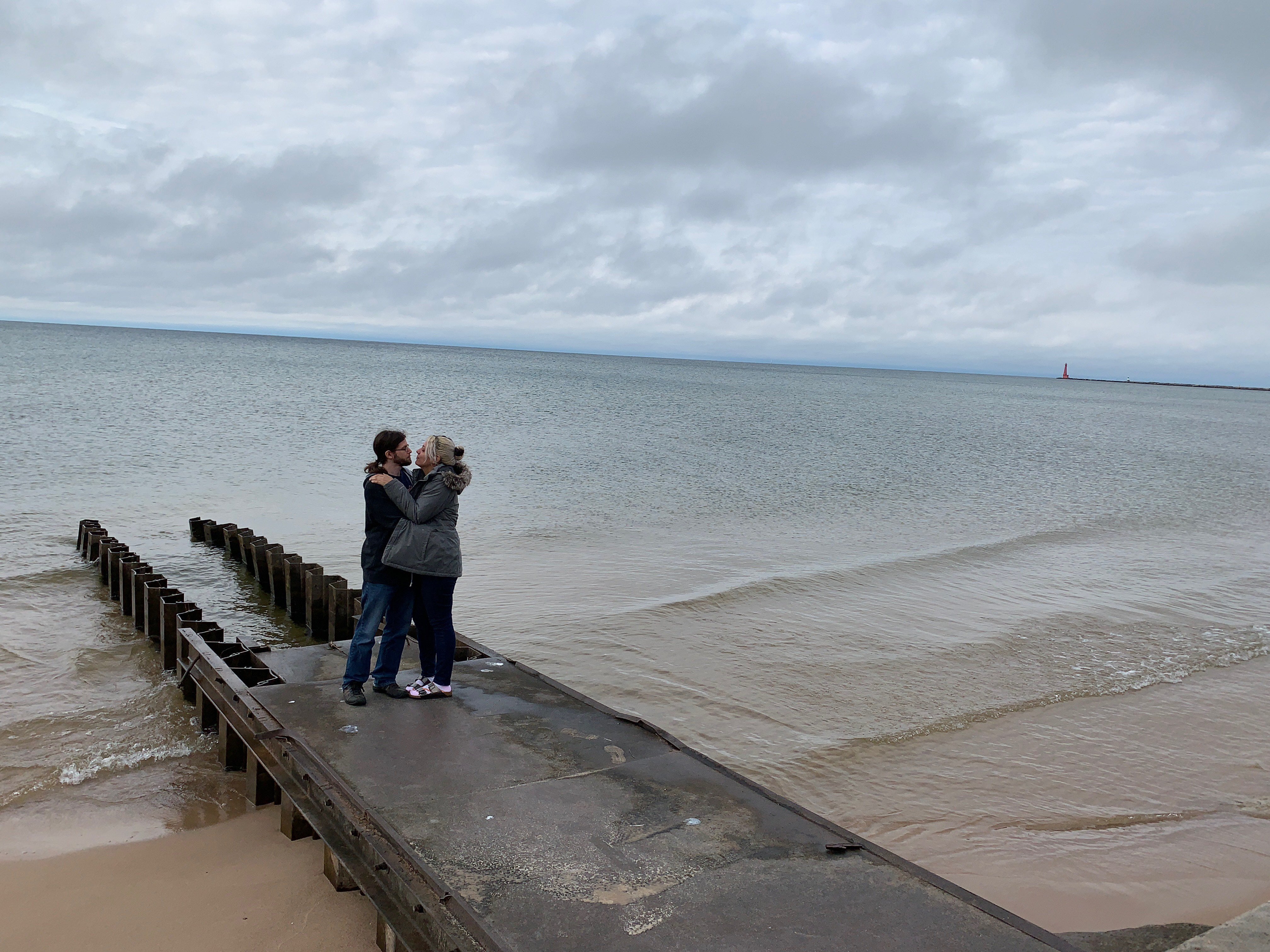 [Neato and her fiancé, Kevin. Photo courtesy of Neato]

But Neato knew her stream had to be more than just playing Rocket League and climbing the Ranks. She had to carve out her own style within the community.

"After I went full time and started to take it seriously, I had my highs and lows, and at one of those low points I had to figure out my purpose in streaming Rocket League," Neato says. "I'm not a pro. I don't have exceptional freestyling skills. So, I had to figure out what I could do to find the niche in this community. I started striving to help people's mentality in the game. Like, just helping people have fun with it. I started to not have fun with it for a little bit at the beginning, and I had to take a step back like whoa. That's not why I'm here. That's not why I play games. I'm always looking to just have a good time. It's been really good for keeping a good direction for my stream: always getting better and spreading good vibes."

Now two years after she began streaming full time, Neato streams regularly under the banner of Spacestation Gaming (SSG) as one of the content creators of the organization. But the grind doesn't stop with streaming. She also has the podcast, SSG Scuffed Cast, that she hosts on a weekly basis alongside other SSG content creator, Widow, where the two discuss the Rocket League community and all things streaming. Since being signed, Neato says work has been a "breath of fresh air."

"SSG is just really supportive. I can always go to them with an idea I might have, and they can help me bring it to life," she says. "They can help with things like YouTube statistics and how to grow on other platforms. They're very focused on helping. It's also just helped on a personal level. I want to do right for the org and work hard and perform well too."

Despite her love for streaming, and growing her channel within the Rocket League community, Neato still finds the need to step away every now and then. She's the first to admit that she's not cut out for the long-running streaming challenges like streaming 365 days in a row. She occasionally tries to unplug and recharge when she can.

"It's definitely necessary to unplug every once in a while," Neato explains. "I have lots of creative outlets. I try to put all the energy that I would use from a livestream into something else. Last time I took a break, I uploaded videos to my YouTube channel. Just really casual stuff. I wasn't on camera. I was just playing games in a very natural state. I was able to contribute to creating content without having the pressures of going live."

When she's not streaming, she still enjoys gaming with Kevin and drawing. She mentioned even picking up her clarinet and trying to learn some video game soundtracks.

For anyone else looking to get into streaming, Neato's advice is the same as the advice she was given: "Just go for it."

"If you're going to do something, put 100% in. I recognize that I've had a lot of opportunities, but you can start making those opportunities for yourself little by little. Don't worry about what anybody thinks. If you think you've got what it takes, then you've got what it takes. I constantly doubt myself, and this is coming from me. I have these weird moments, and have to say to myself 'I can do this.' So, it's possible. If I can do it, anybody can do it."

You can watch Neato's streams on her Twitch channel, and you can listen to the SSG Scuffed Cast here.