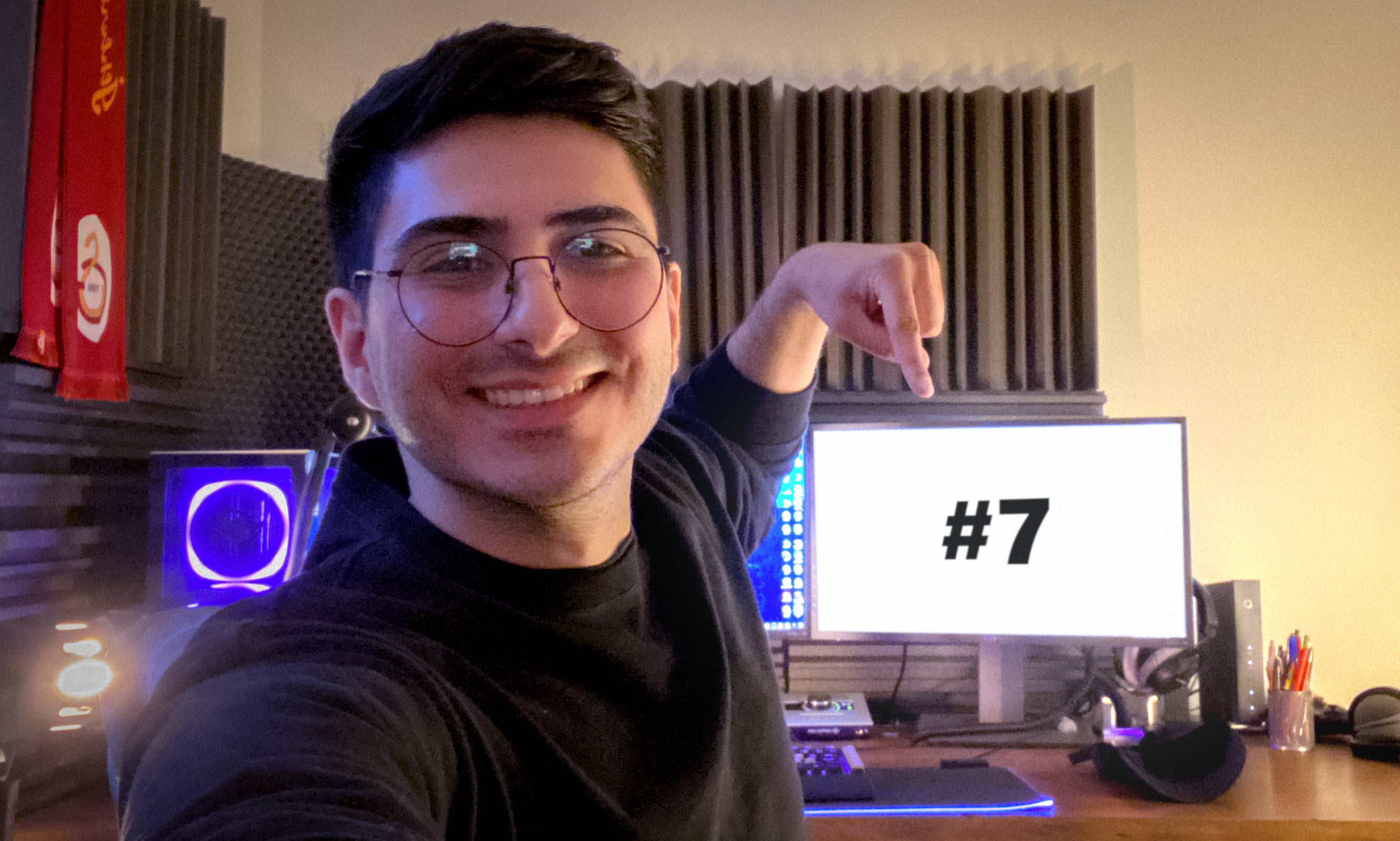 If you've been reading the Community Spotlight series over the past couple years, you've probably picked up on a pattern by now: Rocket League player begins creating content, he or she finds success in creating said content, and then quits a typical 9-to-5 job to completely focus on growing his or her streaming or YouTube channel. This month, the popular Rocket League content creator Mertzy is going to break that trend.

Mertzy has been uploading Rocket League content to his YouTube channel for more than five years now. In that time, he's amassed one of the biggest subscriber bases on all of Rocket League YouTube. At the time of this Community Spotlight, his channel has 1.33 million subscribers. Once someone climbs the fabled 1-Million Mountain, that usually means it's time to hire help with the editing process to start upping the output. Not for Mertzy. Not only has Mertzy's channel been a one-man show since its inception, he's never even been a full-time content creator. But, that's just one short month away from changing.

Mert "Mertzy" Griezmann has been studying higher education for the past six years. The Turkey native and German resident started pursuing a degree in print engineering just a few months before Rocket League launched in 2015. An interest in both soccer and cars meant he was instantly hooked on the game.

"I had to play it," Mertzy laughs. "It was just for fun at the beginning, but then I got pretty good at the game. We played basically every day and I quickly made the Top 100 in Season 1. I don't know how that happened. That's when I started uploading highlights and funny moments. I didn't think anything would come from it. But, people actually clicked on the videos which were only meant for my friends at the time. Then it started to get some traction on Reddit."

Being a longtime gamer, Mertzy was always interested in uploading clips of the games he played. Because of this, he had some experience in video editing, but it was something he just did for fun. While in college, he had no room for distractions. His original plan was to study hard and graduate in three and a half or four years. But his Rocket League skills and prowess for content creation presented him with a crossroads.

It only took Mertzy a year to start bringing in livable income from his YouTube channel. Up to that point, he never even considered making YouTube his profession.

"The first year was just for fun," Mertzy recalls. "I didn't have an upload schedule. I didn't plan videos. I was just doing tutorials when the game came out. I just wanted to help people. I think the tutorials were what kind of elevated the whole thing to a new level. So many new players were actually checking them out. But I was just having fun at that point."

At the time, he started getting 100,000 views or more on any new upload he was putting on his channel. Mertzy was thrilled with the success, but wasn't prepared for the decisions that came with it. So, Mertzy did the only thing he could do—treat YouTube as a side hustle.

"It was all just unexpected. I wasn't quite ready. At the time, I wanted to keep my thesis and degree as my plan A while I kept putting out quality content until I graduated."

Mertzy was basically living a double life: studying hard and keeping his YouTube channel a secret from friends, his work, and his university. He started working at a printing company that doubled as part of his education, but one can only keep a channel with over a million subscribers a secret for so long. It didn't take long for his colleagues to take notice.

"I wasn't spending money like a typical college student." Mertzy laughs. "So my supervisor would say things like, 'oh I guess we're paying you well!' So I told him about my YouTube work. I asked him not to tell anyone, but word got around. I didn't want the attention. I didn't want people to look at me differently than they would normally. I'm still me. I just have an out of the ordinary job I guess. It's not a big deal for me, but people make it a big deal."

Even though his cover was blown, Mertzy had a plan: work hard on both school and content creation, and then have options after graduation. But after a while, he started to feel the effects of burning the candle at both ends. He recalls his sleep schedule being a mess and school just not being much of a priority at one point. The income he was bringing in from his YouTube channel was hard to ignore, and he started focusing on it more than his education. Shifting interest to YouTube pushed school to the background, which is why he's been working on graduating for six years instead of the original plan of three-to-four years. He even considered dropping out last year, which is something his parents strongly discouraged.

"They were not having it, but they were right." Mertzy explains. "They supported me pursuing YouTube because it was bringing in money, but they really wanted me to finish my thesis. I was so far into it, and they told me to finish and then I can focus on content creation. It's definitely the right call."

Aspirations of uploading multiple times a week, and even starting a Twitch streaming schedule would have to wait until after graduation. Mertzy re-focused himself with a strict schedule that allowed him to juggle both his education and his YouTube channel. Now, he's just one month away from graduation. But more importantly, he's just one month away from experiencing something he never has: the time to focus solely on content creation.

If the past is any indication, the rest of 2021 is going to be big for Mertzy's channel. He's shown that he can regularly produce content that the community loves on top of a full course load of education. Once he graduates in June, his boost tank will be full for the first time.

"I'll finally be a full time YouTuber when I have 1.5 million subscribers," he laughs.  "It's been weighing down on me for more than five years. "It's been a lot of stress. I've never known what it's like to be a full time YouTuber. I'll be fully dedicated for the first time ever. I'll have editors working on videos, and I'll be working on videos too. I'll be streaming two or three times a week. When you look at me, you'll be able to say, 'Hey man, that's a YouTuber."

As for his engineering education, he says he's going to keep it in his back pocket. He's waiting to see if his channel's future success shows that he made the right decision. But for now, Mertzy is excited for the future.

You can check out Mertzy's YouTube channel here. Stay tuned to see more content after he graduates in June. 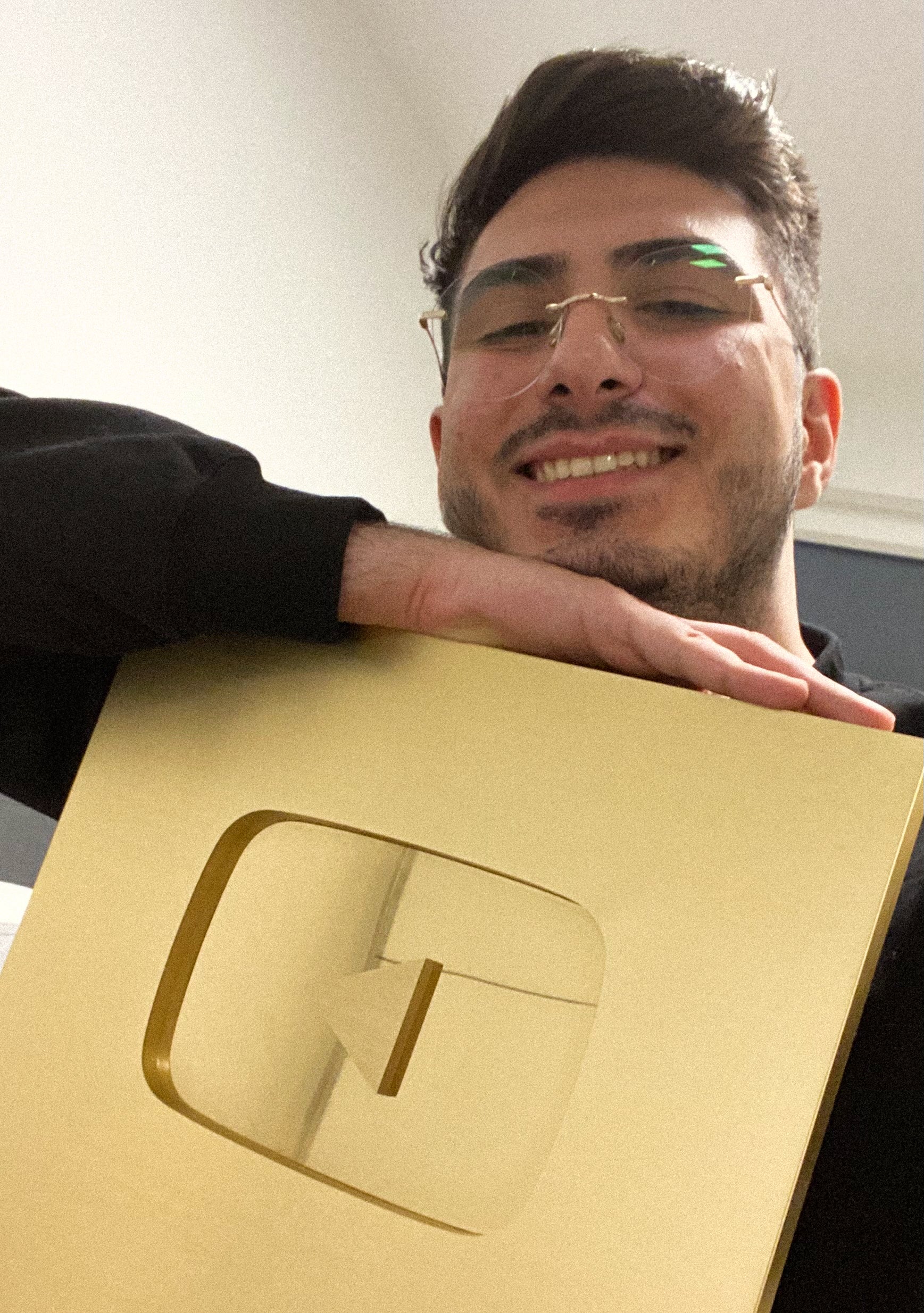