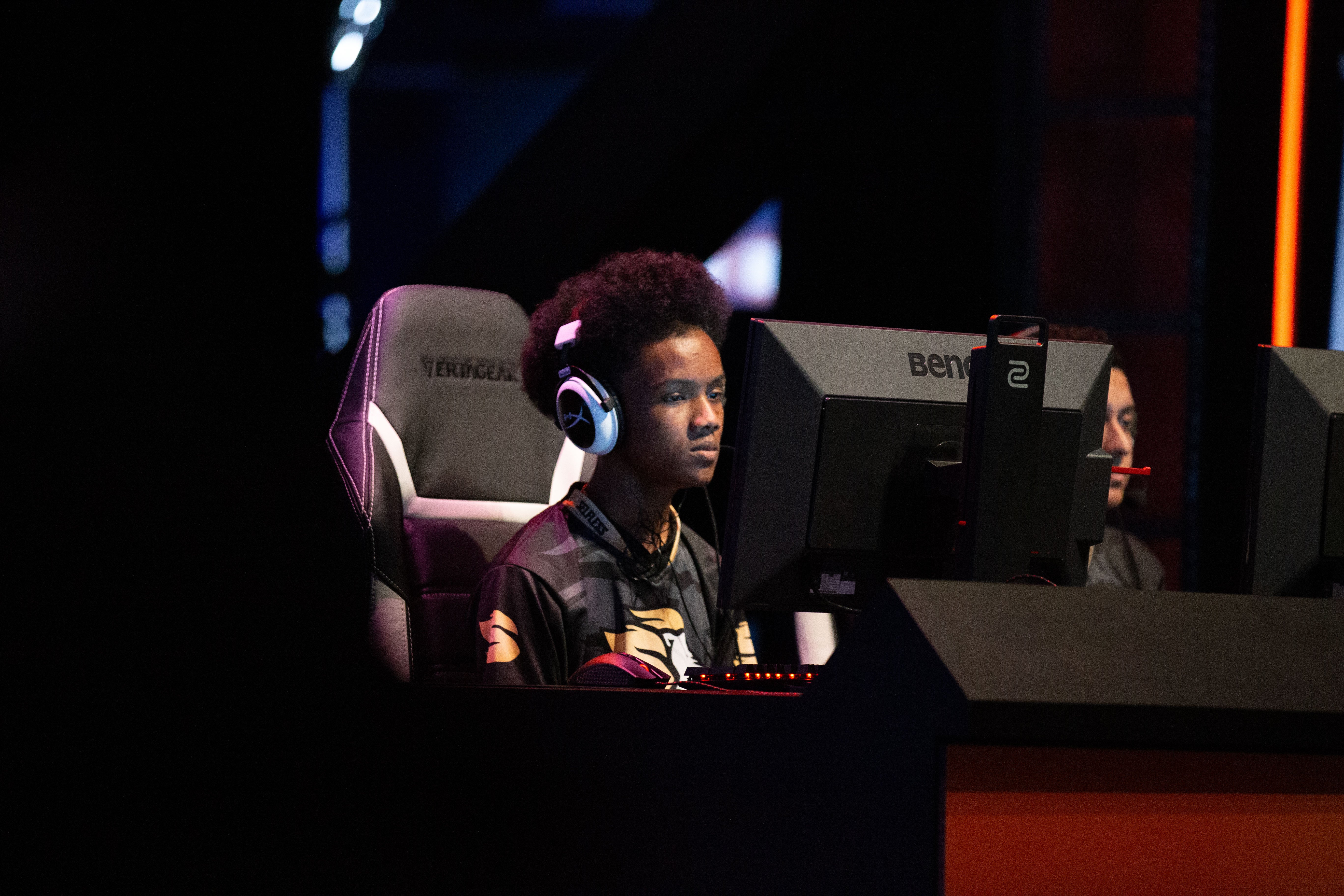 Even though Rocket League has only been a part of the gaming landscape for a little over five years, it already has different generations among its pro players. Not generations in the "Gen Z vs. Millennials" sense, but Rocket League Esports consists of young newcomers and the old guard. The latter has been on the grind for years consisting of a group of players who have seen teams and metas come and go. Dappur is one of those players.

Dappur, the 21-year-old who goes by Chris Mendoza away from Rocket League, has been a part of more than a dozen different teams in the Rocket League Esports ecosystem since 2015. He originally picked up the game when it launched, and through the years he's never put it down.

Even before Dappur got into video games, he was a competitor. That drive started with traditional sports like basketball, track, and flag football at a young age. Then, his natural gift with a controller was born when his mom purchased a GameCube with Mario Kart: Double Dash. Double Dash wasn't an online game, so Dappur set his sights on beating the CPU bots.

The natural progression for any competitor with a GameCube leads to Super Smash Bros. Melee. This was the first game where he and his classmates got competitive. Dappur began his climb among his circle of friends at social gatherings hosted by his friends' parents. When he got too good for his friends, he started putting in the work to go up against their superior older siblings.

"My best friend had an older brother who was really good. It took me a little while, but I ended up getting better than him," Dappur said. "Then, another friend had three older brothers. They were all better than us, so I wanted to get as good as them. We would hang out all the time and just play Melee. It was so fun."

Melee was Dappur's first dose of esports. As he rose through the ranks of his friends, they started following the competitive scene and became fans of top champions like Mew2king and Mango. Then, Dappur put his skills to the test at a local tournament. A run-in with well-known Melee player, Westballz, would teach him that he was a big fish in a small pond.

"Me and my friends went to a local tournament in the L.A. area, and I had to play Westballz. I got absolutely destroyed," Dappur laughs. "That showed me how big the skill gap was. He was doing all these little things that I didn't even know you could do. That's when I learned about how crazy the pros are compared to everyday people just playing the game."

The beatdown was a learning experience for his future as a competitor. 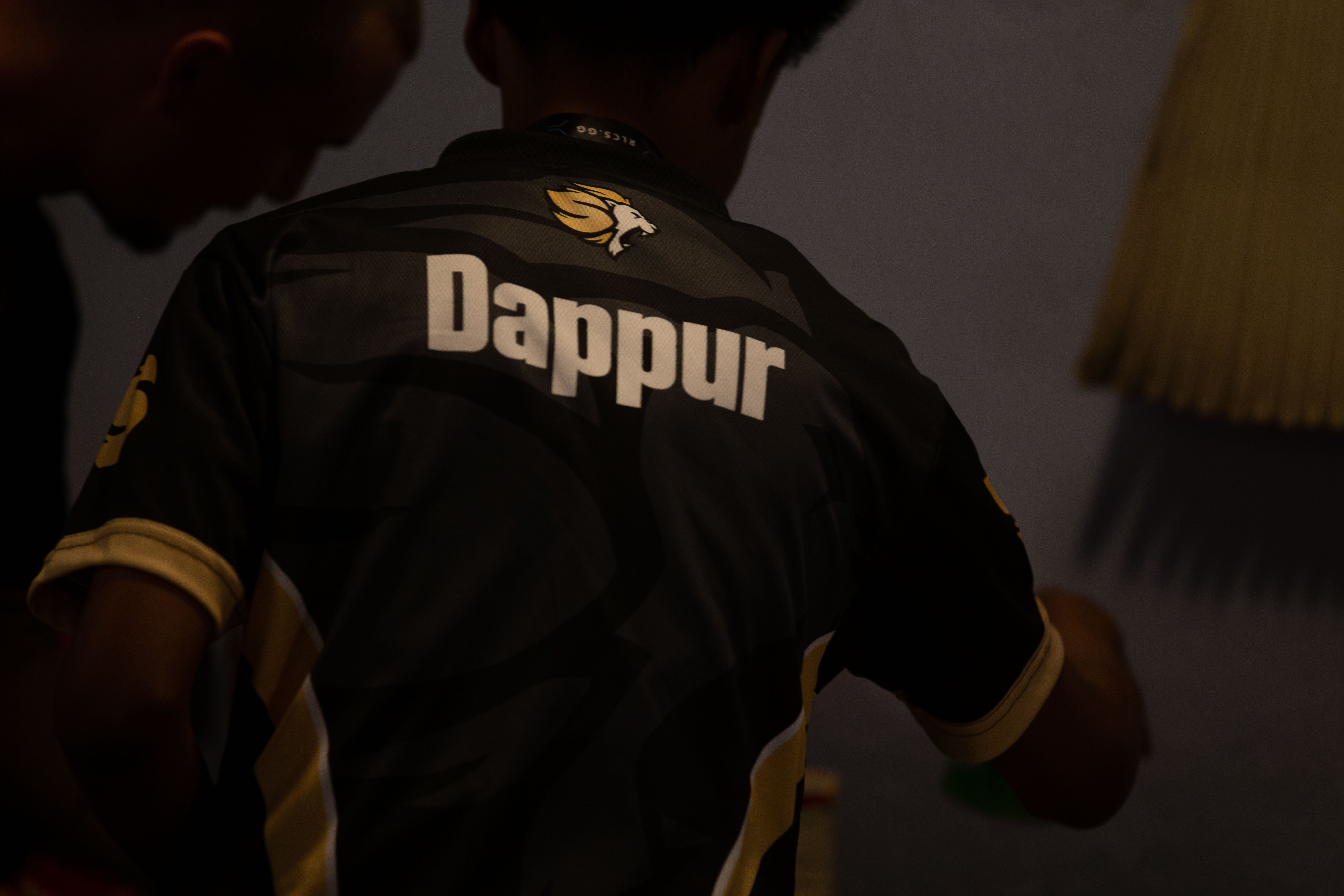 A Pioneer of Rocket League Esports

Instead of focusing on Melee, Dappur eventually gravitated toward other games as he got older. He competed in tournaments in the original Call of Duty: Black Ops, and eventually got deep into Destiny's PvP scene, playing with some of the big names in the community.

"Destiny had a really small, but competitive, PvP scene at that time," Dappur explains. "I was playing with Triplewreck and Datto, who were some of the first people to complete the Vault of Glass Raid. I wasn't a part of that Raid group, but I was on that clan's PvP team. The clan had Teamspeak servers where we had weekly meetings, and Datto introduced the whole server to this new game called Rocket League."

Some of the players in the clan started playing it in their freetime, but Dappur was instantly hooked. It only took a couple months for him to ditch Destiny completely and focus solely on Rocket League. He didn't set a goal to go pro. He says that's just something that kind of happened on its own.

"My Destiny group played for a little bit, but I got really good really fast and they didn't want to play with me anymore," Dappur explains. "I was just grinding the leaderboards. Everything was new and I thought I'd get better faster if I focused on 1v1 Duels. That's what worked for me. Then all of a sudden I was climbing the Top 100."

Dappur was supposed to compete in the first season of the Rocket League Championship Series (RLCS) in 2016, but his teammates didn't verify their email in time. This resulted in the disqualification of those two players and Dappur was left without a team. He took the extra time to grind in smaller tournaments where he saw plenty of success.

Dappur was making a name for himself in competitive Rocket League, all while juggling a high school course load. Since his skills on the field started paying dividends, that took more of his focus than his studies.

"When I entered high school, I had three honors classes each semester," Dappur recalls. "Then that led to just one, and when Rocket League came out, I dropped my honors classes. I didn't really know what I wanted to do after high school, so I wanted to take a gamble on Rocket League for a bit. Now that I'm older and look back on it, maybe I should've done a little better in school, but it ended up fine. [laughs]"

While he was becoming well known among Rocket League fans, there was someone close to Dappur who had no idea how good he was at the game: his mom, Abigail. Dappur kept his success a total secret at home. That was until he qualified for the RLCS Season 3 World Championship in Los Angeles as a member of Selfless Gaming.

"I told my mom that I made the World Championship," he explains. "This was the same weekend as my high school graduation. So, I had to go to graduation practice and then straight to LAN. I remember my mom came with me. We went through the front of the venue and in the first 30 seconds someone asked for a picture with me and for my autograph. My mom was so confused. I remember she asked, 'Are you famous or something?' Then she saw the crowd and everything and she was sold. She never questioned me about it again. She was just really supportive after that."

Despite a disappointing 9th-10th Place finish at the Season 3 World Championship, Dappur continued to train and compete at the top level of Rocket League. He recorded top finishes at high profile events like the first X Games Rocket League Invitational, the 2v2 Rocket League Universal Open on NBC, and various monthly tournaments. While the highs have been high, Dappur admits that his career has had its ups and downs. The biggest speed bump came in RLCS Season 5, when his team, Counter Logic Gaming, was relegated to the Rival Series.

"I was supposed to play in the Rival Series with a new third, but [my teammate] Mijo decided to become a substitute for another team," Dappur explains. "We had to disband after that. I had no choice but to become a sub. That's the only time I really stopped competing. I was still playing though. I still loved to play. So, I started streaming more and competing less."

Dappur has seen top players leave and new players come in, but has still managed to stay in the upper echelon of the esport. He got his comeback story when he returned to the RLCS in Season 9 and RLCS X for the Susquehanna Soniqs. He's played for more than a dozen different teams throughout his time in Rocket League, but he says that was his favorite team to be a part of.

"We had the esports dream: living in a team house, playing together. It was the full experience. Those were good vibes."

Currently, Dappur is the substitute for the Kansas City Pioneers.

"I've learned a lot of life lessons while competing. I'm still having fun and enjoying it even if I'm a sub, or just helping with coaching the teams I'm subbing for. It's not exactly what I expected, but it's still something I've enjoyed. I definitely don't regret pursuing it. Sometimes I take it for granted. Looking back on it, I still really enjoy it."

Dappur still lives in L.A. as he competes and streams regularly on Twitch. His passion still lies in Rocket League, video games on the whole, and, of course, competing. As someone who has been playing competitive Rocket League at top since 2015, he has this bit of advice for anyone who wants to follow in his footsteps.

"Don't concentrate on a game you don't love. You'll be miserable. If you like the game and like improving, then everything will flow naturally as long as you're putting in the hard work. Just make sure you're putting in that hard work. I've seen so many talented players who didn't reach their potential, because they didn't put in the time. Hard work beats talent when talent doesn't work hard."

You can keep up with Dappur on his Twitch channel where he streams regularly.