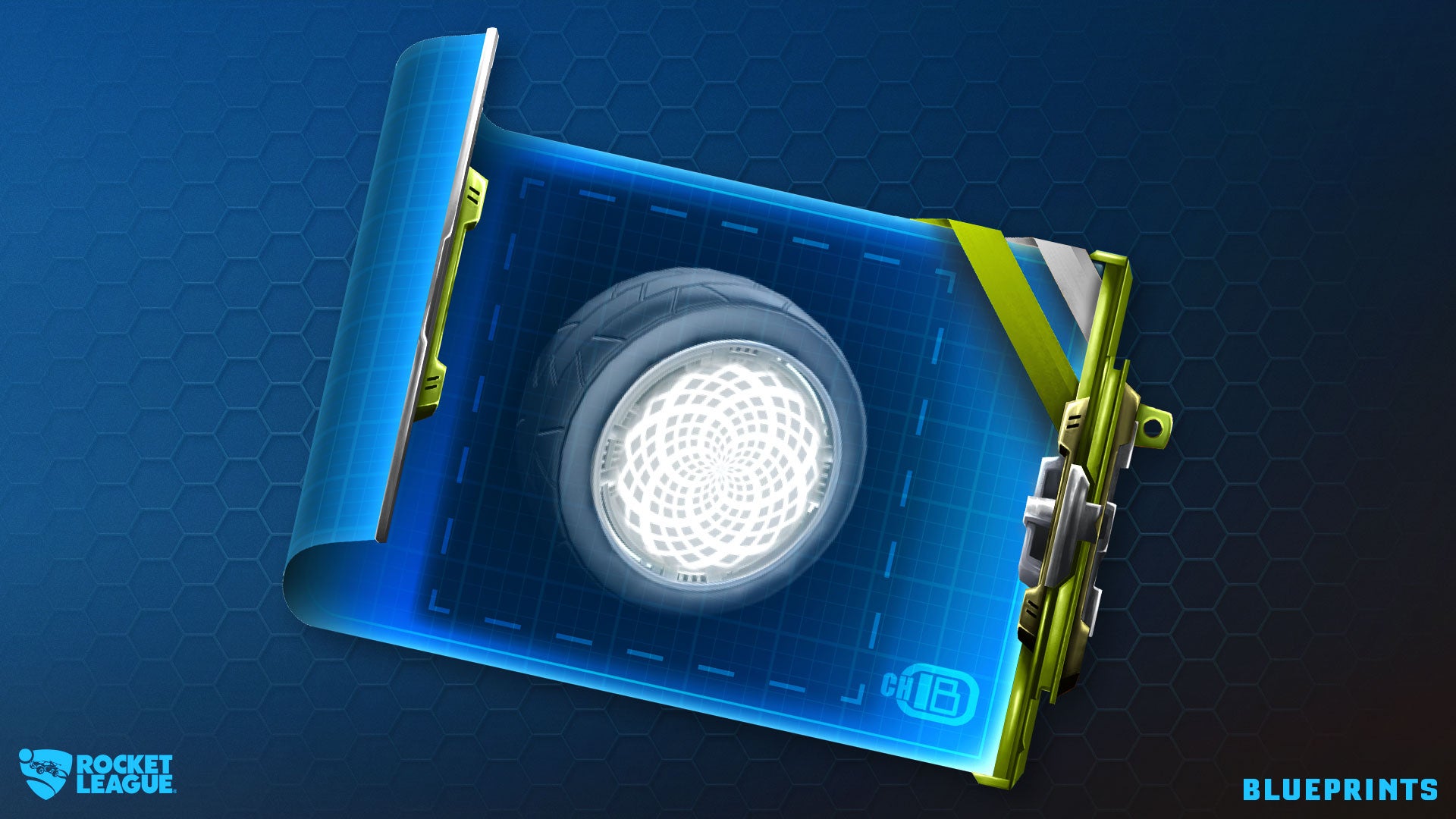 With Blueprints coming next month, it's time to get into specifics on what's coming to your Rocket League inventories on the day of the update. As last month's introductory blog announced, Blueprints are a new type of drop that show you exactly what item you can build. Check out the finer details of Blueprints and trades below!

After the update, you will have a chance to obtain revealed Blueprints following Online Matches. You can then build the item from the Blueprint by spending Credits, trade the Blueprint to another player, or keep it in your inventory.

Here's a quick reference guide on what is tradable and what isn't:

Once Crates leave the game, Decryptors will no longer be offered. Decryptors from your inventory will be converted into "Bonus Gifts," which can be opened at no cost. Bonus Gifts will contain items from the Vindicator Crate series and first Blueprint Series, the "Revival" Series, that will bring back some fan-favorite items throughout Rocket League's history. We'll reveal everything in the Revival Blueprint Series closer to the update.

Following the update, only free items obtained via post-game drops will be eligible to trade in. Free Rocket Pass items will remain ineligible for trade ins.

We hope this sheds more light on the Blueprint system coming next month. Stay tuned later this month for a full reveal of the new Item Shop!